The day’s Chief Guest was welcomed by Lieutenant Colonel Subhash Siriwadena, Deputy Centre Commandant at the main entrance before he was invited to receive the salute in a Guard Turnout.

Subsequently, he was awarded a Guard of Honour salute in a parade, comprised of Regimental troops after he was taken to the parade ground by Brigadier Ajith Pallawela, Centre Commandant Sri Lanka Sinha Regiment. The day's main highlight was comprised of Officers and Other Ranks of twenty battalions, including the Regimental Truncheon.

Subsequently, the day's Chief Guest planted a sapling in the venue and paid floral tributes to fallen War Heroes. The newly-erected ‘D’ Guard Room was also vested in the troops on the same occasion.

The day’s events concluded with refreshments at the Warrant Officers & Sergeants’ Mess followed by a special lunch at the Officers’ Mess. 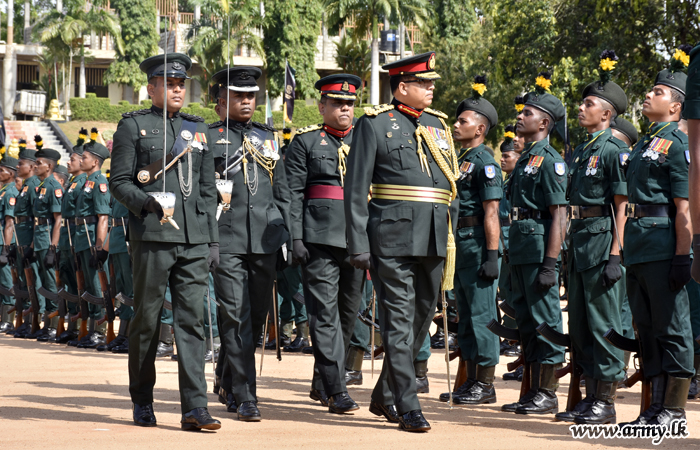 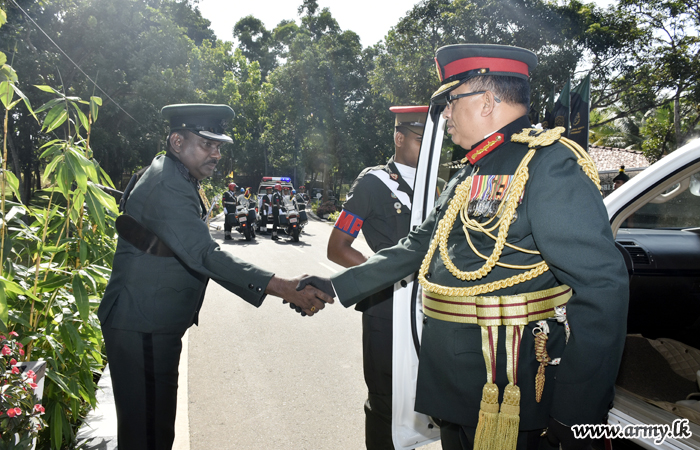 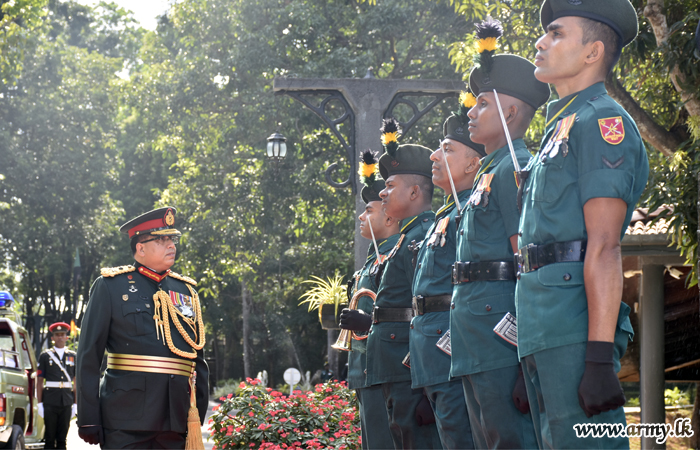 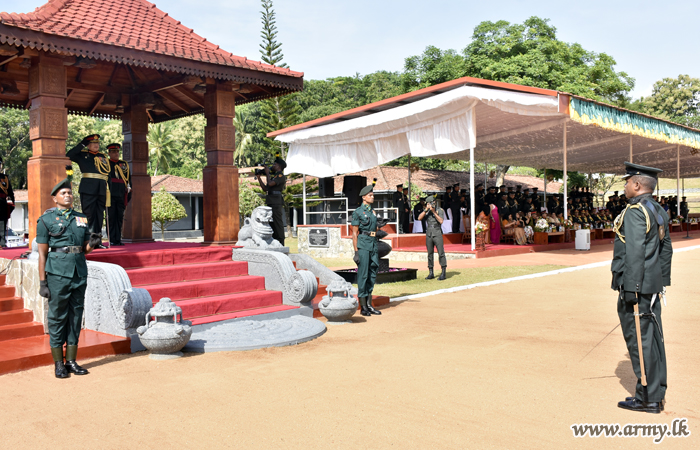 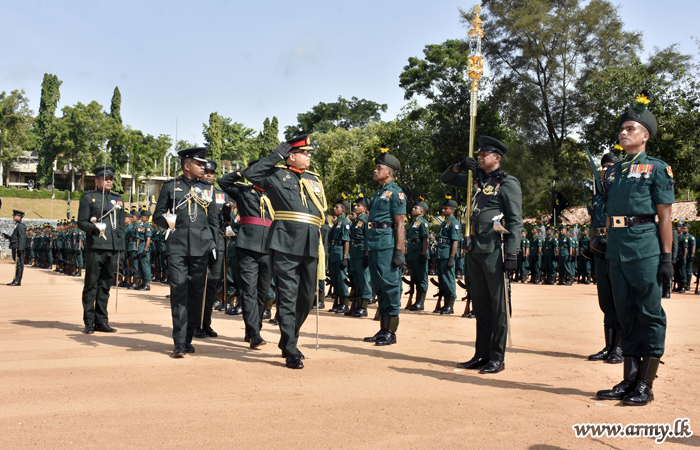 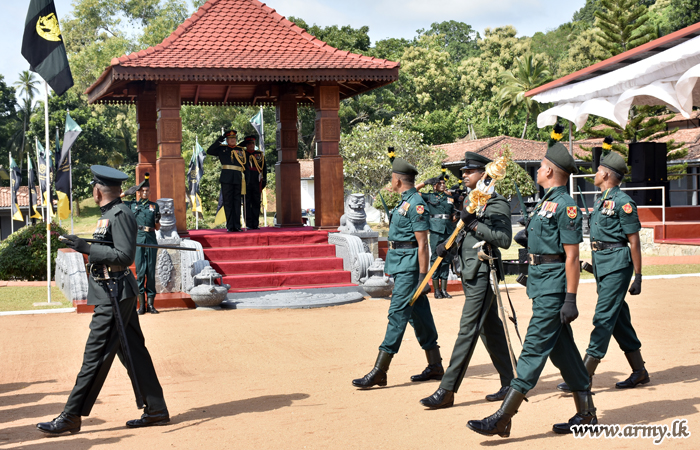 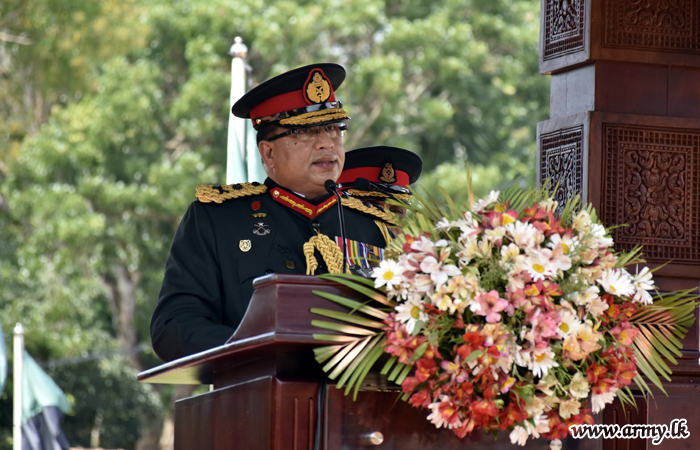 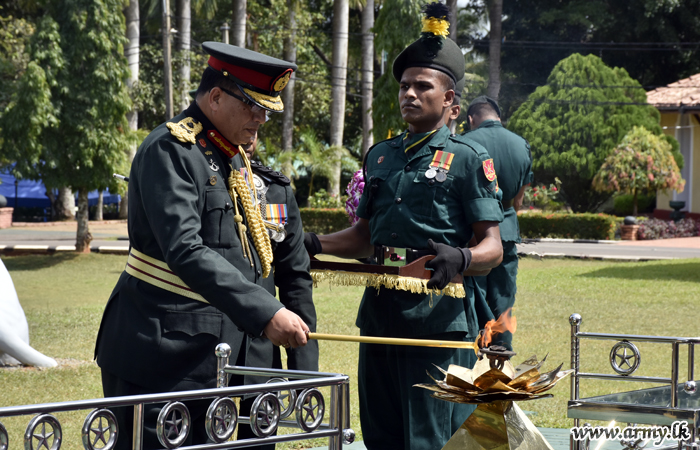 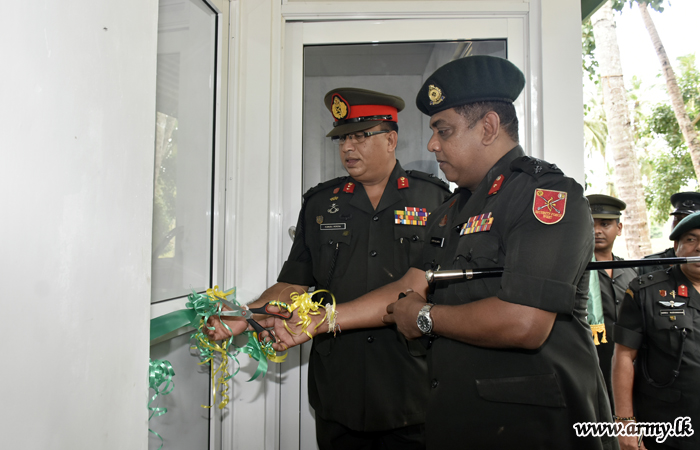 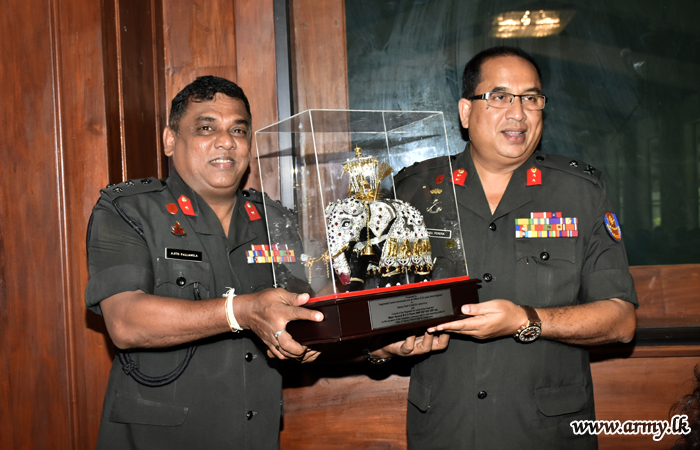 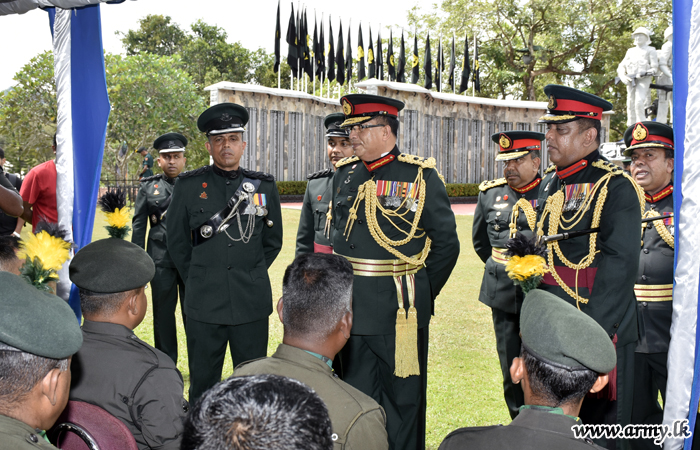 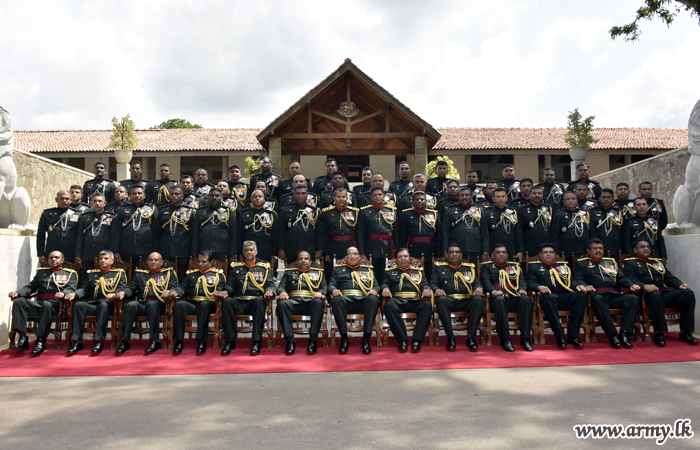