Major General Priyantha Perera of Gemunu Watch this morning (20) assumed office at the Army Headquarters as the 58th Chief of Staff of the Army during a simple ceremony at his new office, amid religious observances, greetings and best wishes.

Major General Priyantha Perera was appointed the 58th Chief of Staff of the Army, effective from 17 July 2021 by HE the President on the recommendation of the Chief of Defence Staff and Commander of the Army, General Shavendra Silva.

Soon after his arrival, he made religious offerings to the Buddha and performed own observances as a Buddhist practitioner. A few minutes later, members of the Maha Sangha, led by Ven Uduwe Dhammaloka Thera, Incumbent, Allen Mathiniyaramaya, Ven Eethalawetunuwewe Gnanathillake Thera, Incumbent, Mirisawetiya Dagoba temple and Dr Kirinde Assaji Nayake Thero, Viharadhikari at Hunupitiya Gangaramaya commenced ‘Pirith’ chanting to invoke blessings on the new office as the new Chief of Staff left his signature for an official document to signify the acceptance of his new office.

The brief ceremony culminated with offer of ‘Pirikara’ to the monks. A representative gathering of Principal Staff Officers, Directors, Senior Officers and Other Ranks were there to extend best wishes to him at the occasion.

Major General Priyantha Perera before he was appointed as the 25th Commander, Security Forces - Jaffna on 19 January 2021 served a number of key appointments as the Commander, Security Forces - Wanni, General Officer Commanding, 59 Division, overlooking General Officer Commanding, 51 Division, 513 Brigade Commander, Commander, 144 Brigade as the Officer responsible for security, health and safety of the new Defence Headquarters complex at Sri Jayawardenepura and a few more offices. He is also the Colonel Commandant of the Sri Lanka Army Women’s Corps.

Major General Priyantha Perera RWP RSP ndu as a battle-hardened warrior contributed actively to the culmination of the Humanitarian Operation in the Wanni for peace. His troops captured key LTTE strongholds such as Mankulam Town, Olumadu, Ampakamam up to Udayarkattukulam and destroyed the LTTE submarine complex while commanding 593 Brigade and 631 Brigade as the fighting was at its peak. Soon after the successful culmination of the Humanitarian Operation in May 2009, he was appointed the Commander for 533 Brigade.

During his illustrious military career, he has served discharging duties in varying appointments in different capacities, mostly in high intensity operational environment in which he was recognized as a valiant infantryman. As a Platoon Commander of 5th Battalion the Gemunu Watch, he took part in Vadamarachchi Operation, and subsequently served in Trincomalee area. He made a great commitment in Operation Balavegaya and Operation ‘Akunupahara’, to safeguard the motherland from ruthless terrorism. As a Company Commander of 7th Battalion The Gemunu Watch, he actively participated in the first ever Air Mobile Operation conducted to capture Sea Tiger Base in Silavaturai - Mannar. With expertise skills in battle arena, he played a key role during the Operation Riviresa in liberating the Jaffna Town. While holding the appointment as the Second-in-Command of 9th Battalion the Gemunu Watch in the year 2000, Major General Priyantha Perera devotedly contributed to the operations conducted in the face of the debacle at Elephant Pass.

As the Commanding Officer of 7th Battalion the Gemunu Watch under Commando Brigade, he played an active role in liberating Thoppigala in the year 2007. Apart from that, the battalion under his command continued to support the 593 Infantry Brigade to capture a number of LTTE strongholds demolishing many earth bunds utilizing his own initiatives which contributed ultimately to pave the way for troops to capture and hold Mullaittivu area.

He had acquired a profound military knowledge by attending a number of local and foreign military courses, such as the Junior Command Course at School of Infantry - Mhow India, Counter Insurgency and Jungle Warfare Course at Counter-Insurgency and Jungle Warfare School - Variegate India, Senior Command Course at Army War College - Mhow India, Comprehensive Security Response to Terrorism Course - United States of America and Strategic Training Course in the National Defence University in China.

Similarly, he had read for the Master’s Strategic Management and Military Science - China, Master’s Degree in Human Resources Management - University of Colombo, Diploma in Diplomacy and International Relations from Bandaranaike International Diplomatic Training Institute (BIDTI), Certificate Course in International Ports and Maritime Code conducted by Sri Lanka Navy, Foreign Ministry and Ministry of Defence and graduated in Comprehensive Security Response to Terrorism - Asia Pacific Centre for Security Studies in the US, Diploma in Senior Defence Management - India and the Executive Diploma in Human Resources Management - University of Colombo.

A proud product of Isipathana College, Colombo 05, he joined the Sri Lanka Army on 2nd June 1986 as an Officer Cadet to the Regular Intake - 24. After completing basic training at Kotalawala Defence Academy and Sri Lanka Military Academy, he was selected to follow the Officer Training Course at Officers’ Training School (OTS) - Mangla, Pakistan and Officer Weapon and Young Officers Course at the School of Infantry and Tactics - Quetta Pakistan respectively. Then he was commissioned as a Second Lieutenant and posted to 4th Battalion the Gemunu Watch on 18 May 1987. 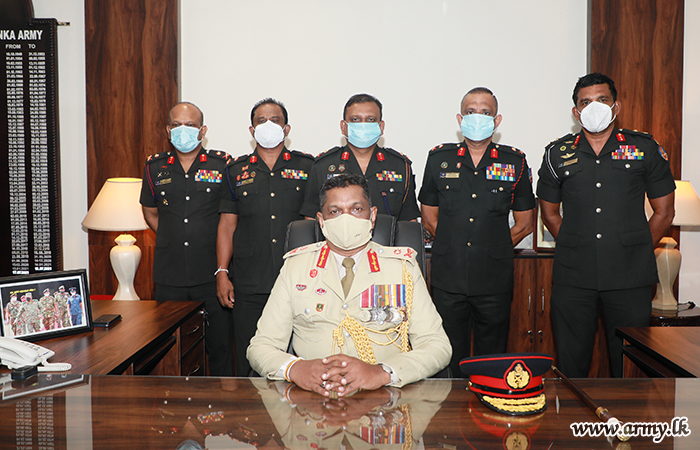 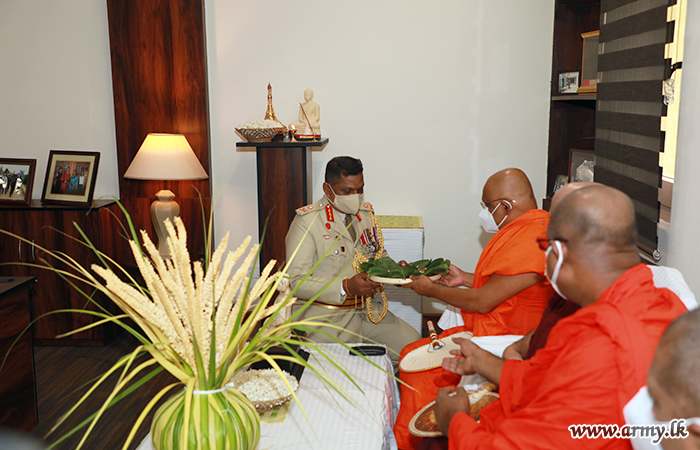 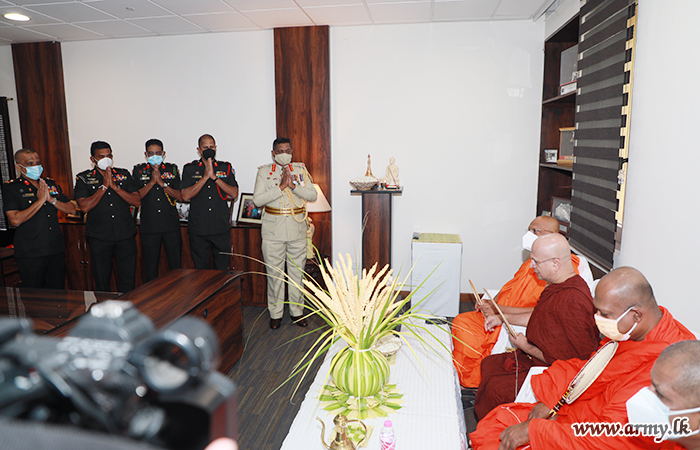 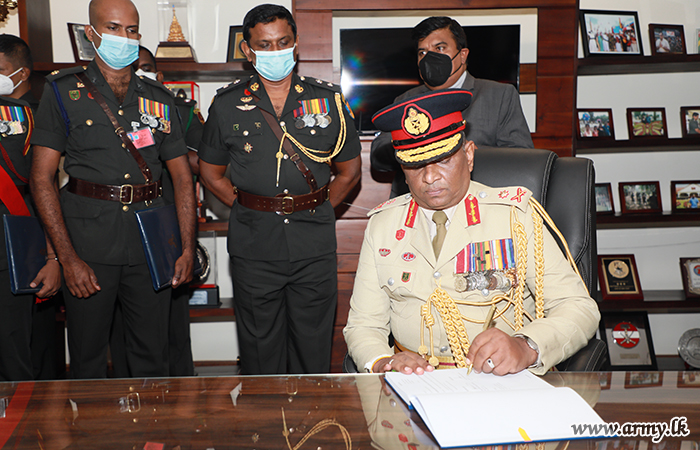 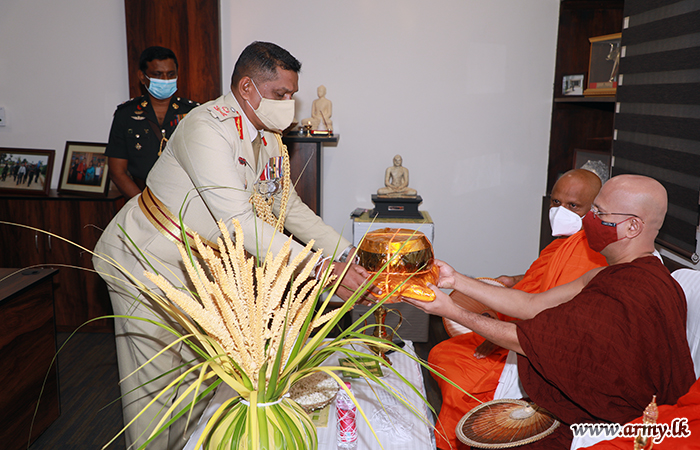 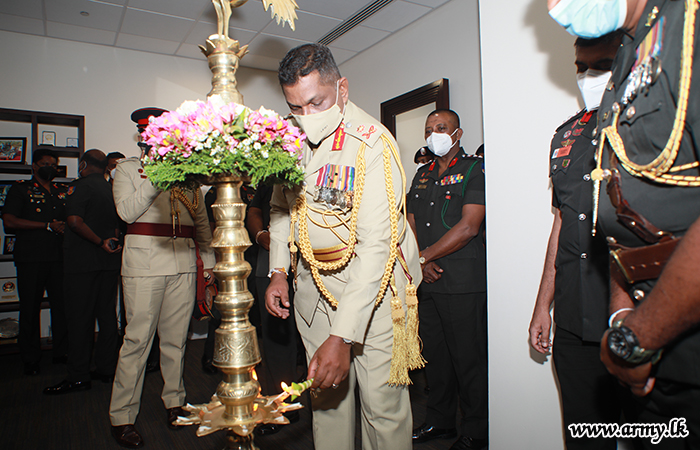 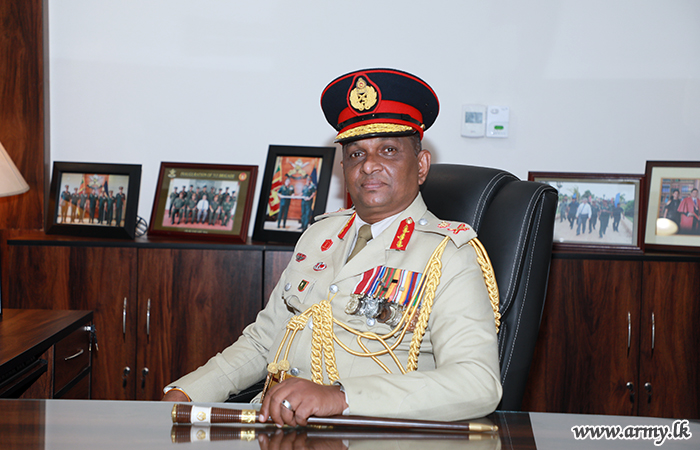