Upon arrival, the new Colonel Commandant was warmly welcomed by Brig S.N Kithulgoda, Centre Commandant, CES at the main entrance and accorded a Guard Turnout. Thereafter, he laid a floral wreath at the War Heroes’ Monument to pay tribute to the memory of fallen CES War Heroes.

After a short while, amidst religious observances Brigadier Shantha Kumara placed his signature in an official document to symbolically signify the acceptance of the new office.

The Colonel Commandant afterwards appeared for a group photograph before he joined planting a sapling to mark this occasion in the CES premises.

Towards the end of the ceremony, the new Colonel Commandant, participated in refreshments with All Ranks and took time off to share views with the attendees.

Senior Officers, Officers and Other Ranks participated in this event adhering to health guidelines. 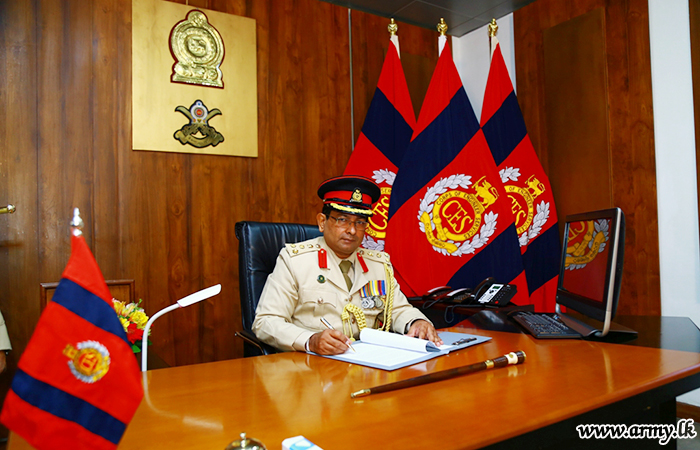 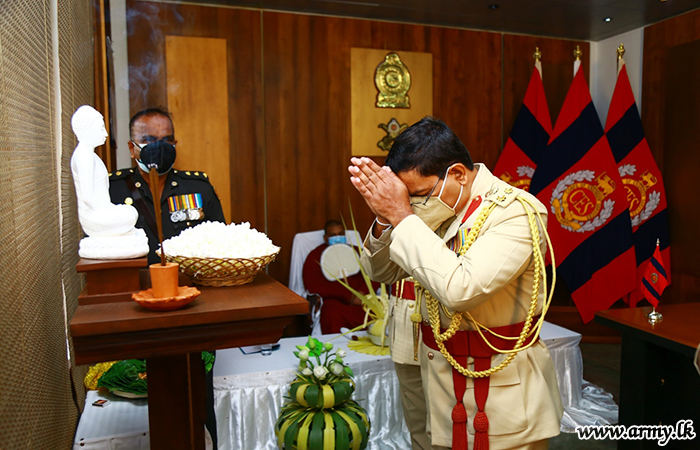 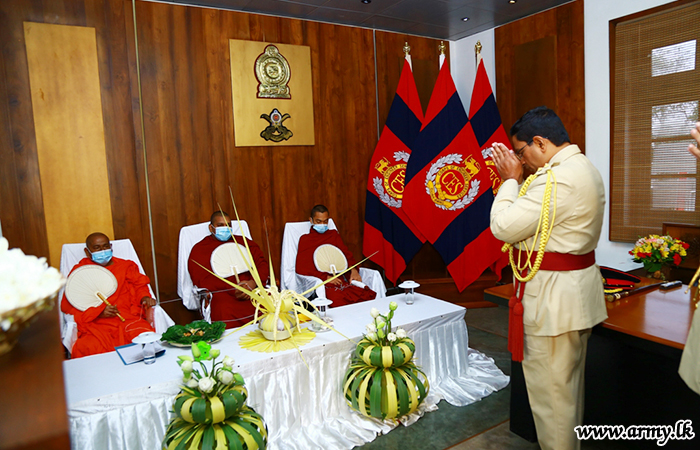 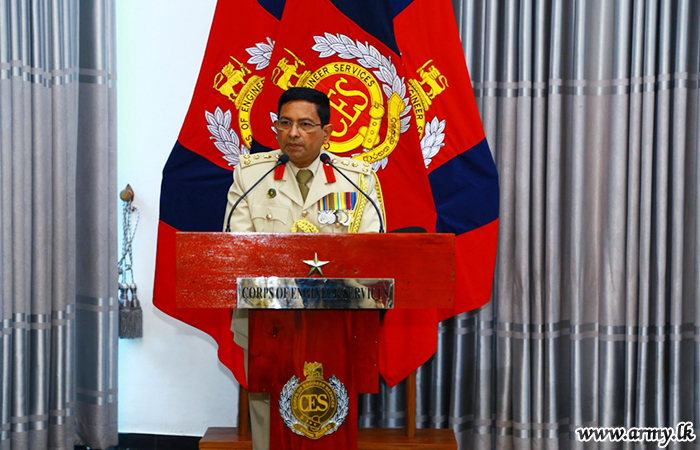 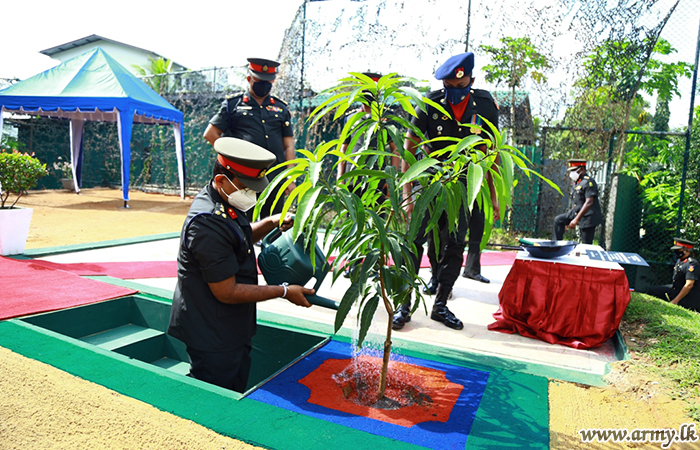 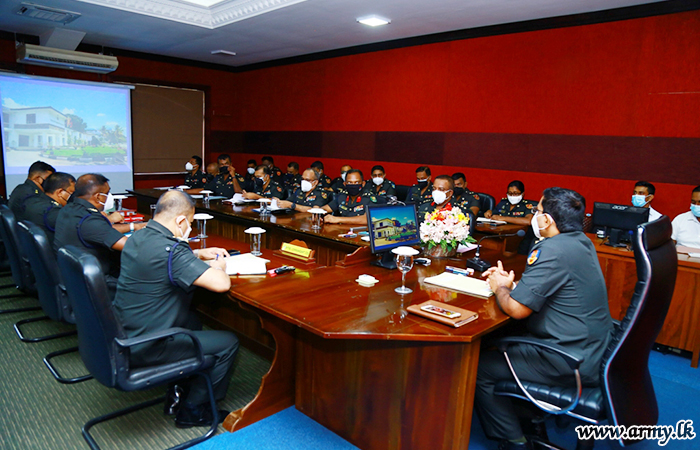