The first ever graduation ceremony of the NDC Course took place on Wednesday (14) under the aegis of the Commander-in- Chief of the Armed Forces, President Ranil Wickremesinghe, in which the same novel NDC badge was pinned on 31 tri service and Police officers who graduated completing the maiden NDC Course in Sri Lanka.

Lieutenant General Vikum Liyanage, Commander of the Army who also had earlier followed the identical NDC Course overseas after receipt of the badge shared a few views with the NDC Commandant and expressed his appreciation to NDC curriculum, followed for the first time in the country.

Towards the end of the interaction, the NDC Commandant symbolically presented a set of NDC ties and tie pins to the Army Chief as souvenirs. 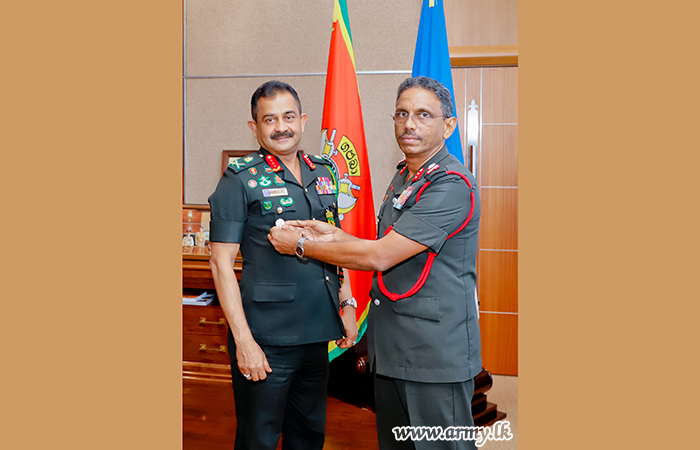 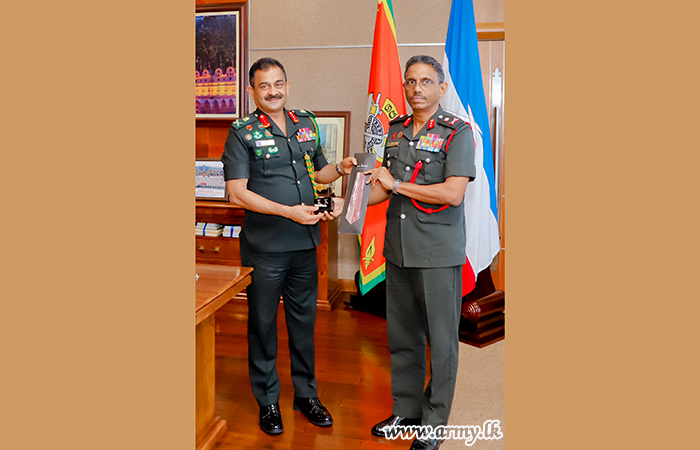