The day’s programme began with a Guard Turnout and a Guard of Honour, presented by CR troops to the Army Commander at the Parade Grounds after he was warmly welcomed by Brigadier Ralph Nugera, Colonel of the Regiment, CR

Afterwards, Lieutenant General Chrishanthe De Silva, accompanied by a few senior officers paid floral tributes to the fallen CR War Heroes at the CR War Heroes monument as the stage was set to greet him with honours.

The charming but the dignified military parade was afterwards reviewed by the visiting Commander of the Army in the company of the Parade Commander in accordance with military traditions.

Subsequently, a live demonstration on close quarter combat of the Commandos on ‘Hostage Release and Counter Terrorism’ (HR & CT) ’ was staged in the presence of the Commander of the Army, showing their combat preparedness to face any eventuality at any given occasion.

Later on, the newly-built Non Commissioned Officers’ (NCOs) new three -storied accommodation building was ceremonially opened by Lieutenant General Chrishanthe De Silva, Commander of the Army at the invitation of the Colonel of the Regiment, CR.

The foundation stone was laid in the year 2014 for this modern 3 - storied building where 171 NCOs can be accommodated comfortably. It cost the Army Rs 38m through the Army Annual Fund in the years 2014 and 2015.

In his address to the troops, the Commander praised the achievements of the CR and its professional progress to suit modern day emergencies and needs at different levels for any emergency. During the same occasion, the Commander as the chief guest commended the heroic act of Corporal M.P.M.G.S Wickramarathne who selflessly saved the life of a Muslim school student at the risk of his own life. (See separate story in Highlight 1)

The visiting Army Chief before his exit from the venue planted a tree sapling in the premises and left his signature in the VIP book at the Commando Regiment.

The day’s programme culminated with an all-rank tea at the CR auditorium and Brigadier Ralph Nugera, Colonel of the Regiment, CR presenting a memento to Lieutenant General Chrishanthe De Silva, Commander of the Army, appreciating his presence at the CR Regimental Headquarters. 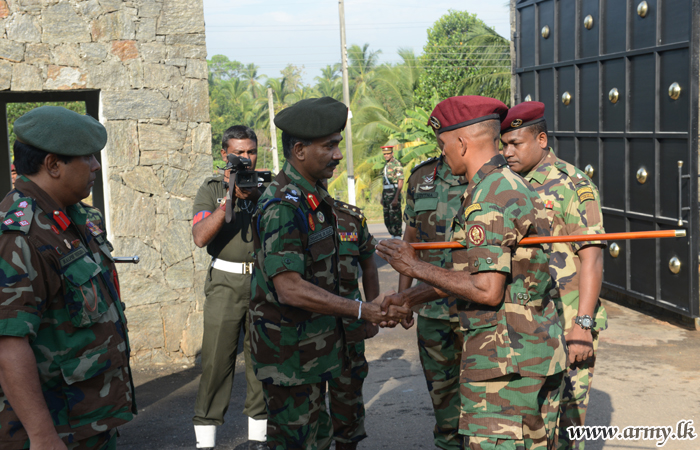 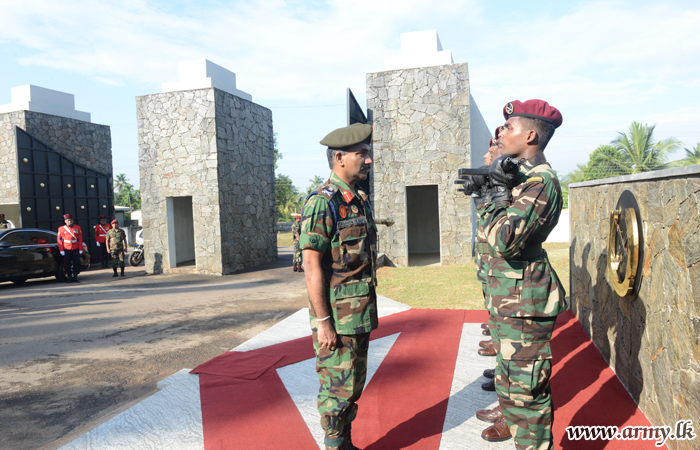 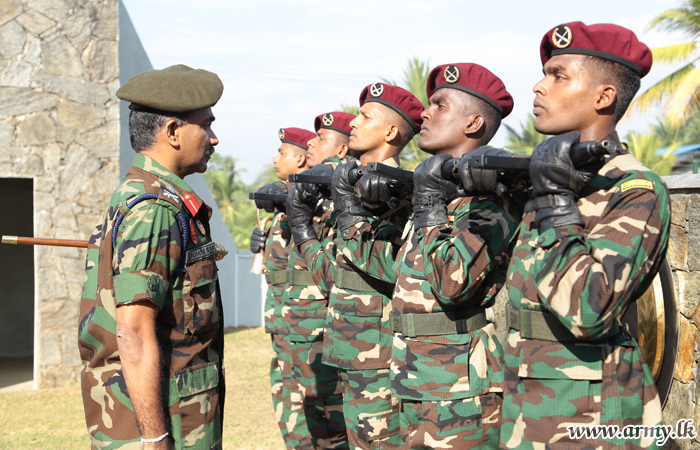 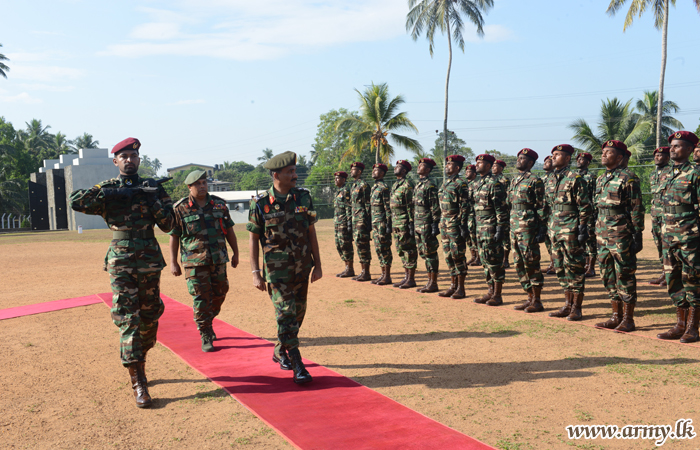 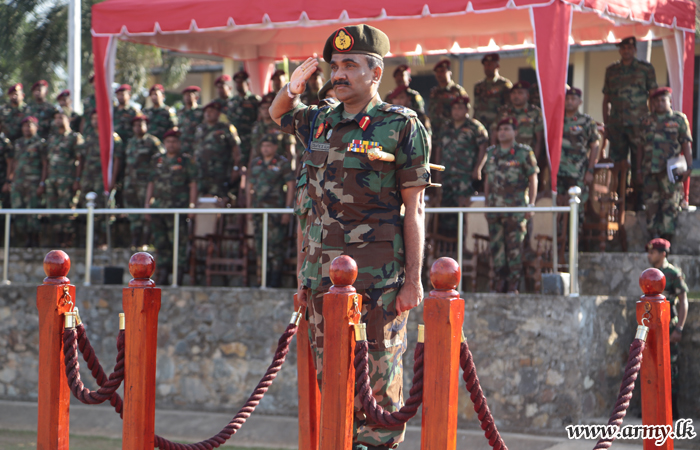 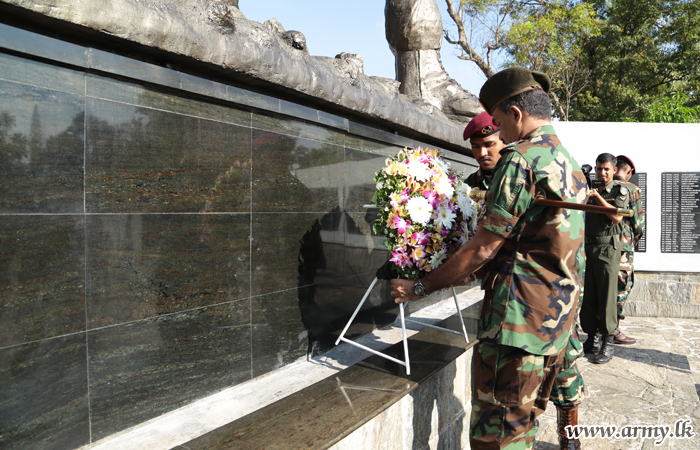 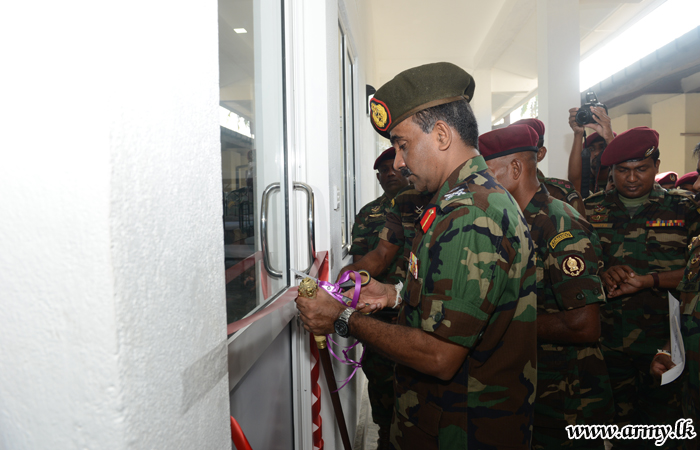 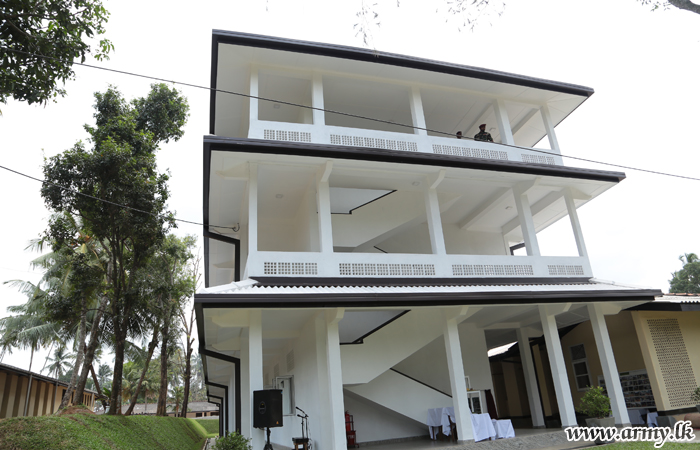 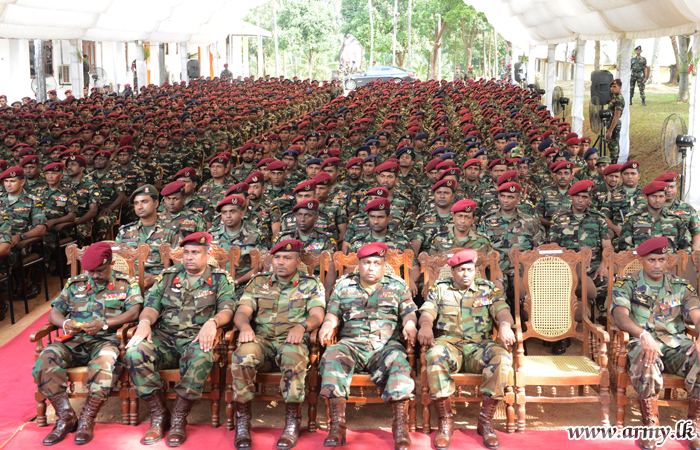 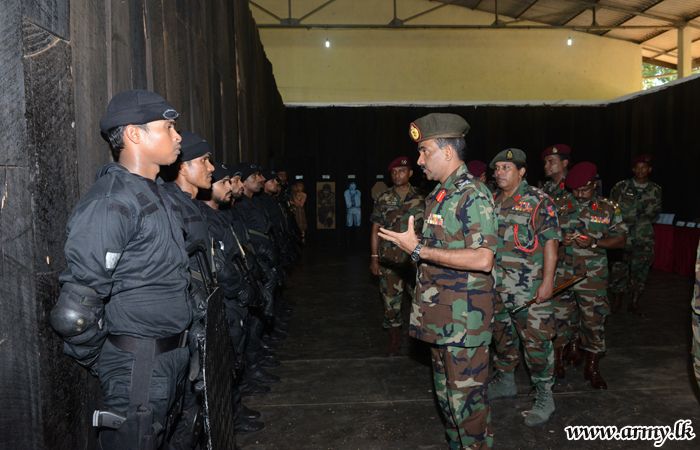