One more Rugby encounter in the Caltex Rugby Tournament played between Army and Navy ruggerites on Friday (29) at the Army Ground, Colombo saw sailors grabbed the win after a tough fight.

Navy ruggerites, who recorded 10 against Army's 7 in the first half since the beginning of the match, did not let the soldiers to reach their goal for victory. Sailors went on sustaining their spirit until the final whistle with the scoreboard recording 18-15 was blown.

Sergeant Silva together with Private Suranga of the Army added 10 points for the team captained by Sergeant Karunarathne. 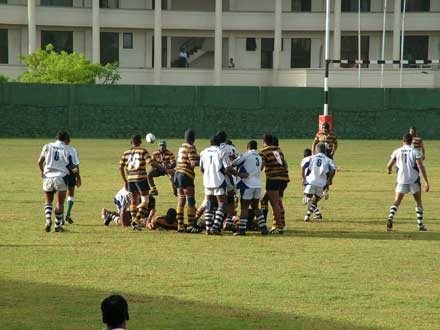 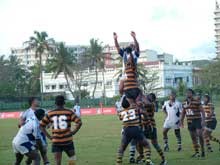 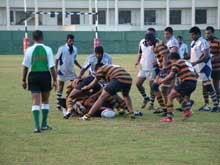 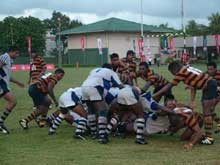