Sri Lanka faces Lebanon on 5th June at 1130 hrs as the first match and the second match with the Republic of Korea on 9th June at 1630 hrs. Both matches will be played at Goyang Stadium, Goyang City. The 22-member squad comprised of 4 players of the Sri Lanka Army Football Team (Defenders FC) in the past few weeks were in much focus as the team included the best of the best in the country.

Corporal R.A.C Madushan (Chathuranga Madushan) earlier in 2016 was a member in the National team and recalled to Squad with the performance of Super League as a center defender. Lance Corporal Appuhamy (Roshan Appuhamy) has been representing Defenders FC since 2012 as a left full back & was a member of the National team in 2015 - 2016.

Lance Corporal Rahuman (Ashikoor Rahuman) has been a regular member of the national team with his performance since 2014 & a key player in the Defenders FC from the same year as one who can play as both Defender & Midfielder.

Private Mohomad (Rifkhan Mohomad) as a talented young striker joined the Army Football very recently (2020). He was adjudged the best player of 2019 FA Cup to the National team. 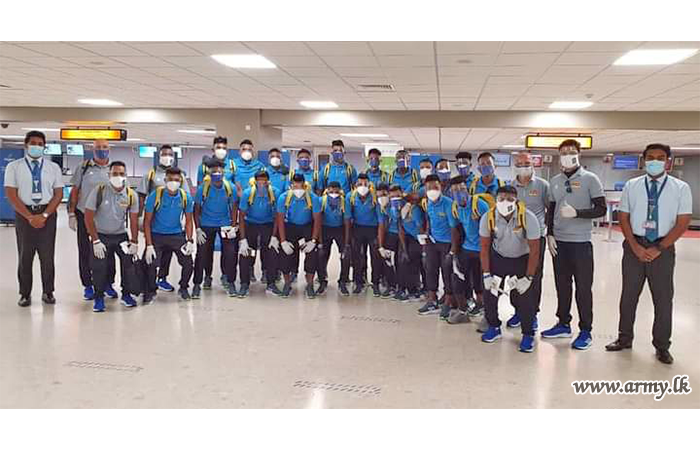 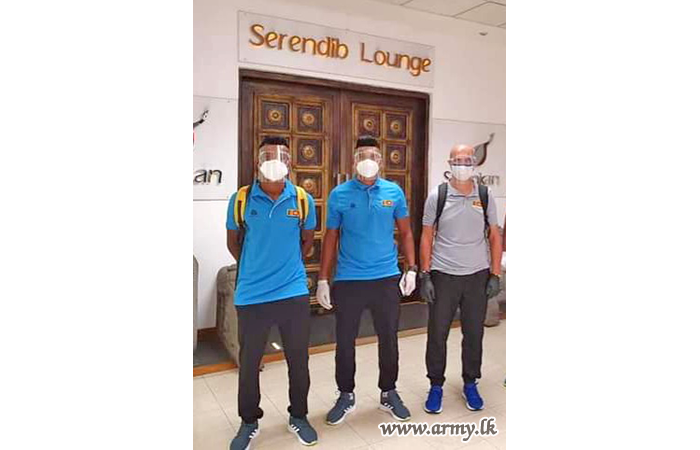