HE the President Gotabaya Rajapaksa, adding an appreciative recognition for Army efforts to afforest semi-urban areas and beautify environs around Army HQ area and inaugurating the 'Husma Dena Thuru' (Trees that give breath) national project, launched jointly by the Central Environment Authority, Ministry of Environment and the Army, planted the first few Sandalwood saplings around the Army-constructed new leisure park (walking track) this morning (20).

Hon Minister of Environment, Mahinda Amaraweera and Lieutenant General Shavendra Silva, Chief of Defence Staff, Commander of the Army and Head of the National Operations Centre for Prevention of COVID-19 Outbreak (NOCPCO) warmly received HE the President on arrival to this brief ceremony.

The new afforestation project expects to plant 2 million saplings across the country and increase the country's forest-cover by 30 percent as set out in HE the President's 'Sawubhagye Dekma' (vistas of splendour and prosperity) policy statement. The brief inauguration saw HE the President after a close look at the Army- developed and beautified location, planted the first sandalwood sapling to declare the inauguration of the 'Husma Dena Thuru' National drive. Hon Minister and Lieutenant General Shavendra Silva afterwards followed suit and planted saplings, symbolizing the continuation of the project.

Afterwards, HE the President and other distinguished gusests symbolically gave away a stock of saplings to a representative group of school students whose schools are at the forefront of the green environment project.

It was the Sri Lanka Army early in December last year, taking a lead in the acceleration of the national drive for afforestation and beautification of the country, coincident with the government’s environment-friendly Green Project concept under the self-styled ‘Thuru Mithuru Nawa Ratak' project, proposed by Lieutenant General Shavendra Silva inaugurated its contribution by planting ‘Araliya’ saplings starting from the Central Environment Authority (CEA) junction up to Sri Jayewardenepura Army Headquarters. It also simultaneously developed the entire area, established leisure parks for walking and children, dug new water retaining ponds and lakes, planted hundreds of saplings of rare species, released fingerlings to those man-made tanks, harvested marshy lands by transforming them to be paddy fields and in essence beautified the entire area giving a complete facelift under the close supervision of its brainchild, Lieutenant General Shavendra Silva. To-date, all SFHQs and formations across the country are actively committed to continue this project at respective levels. 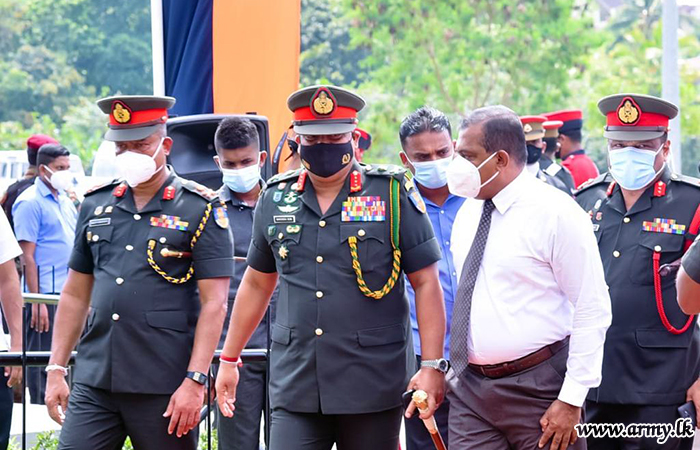 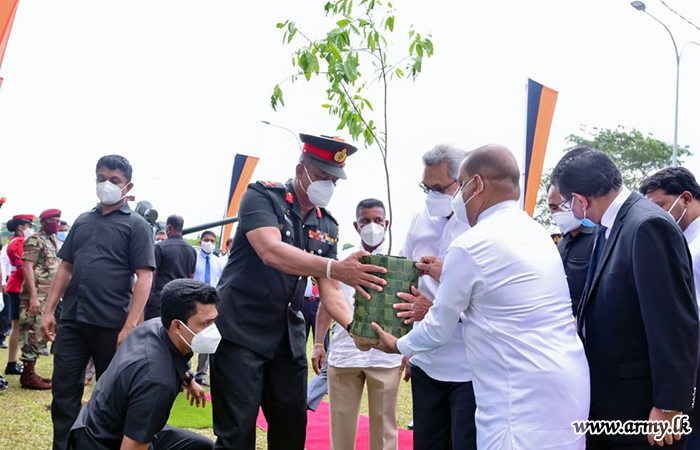 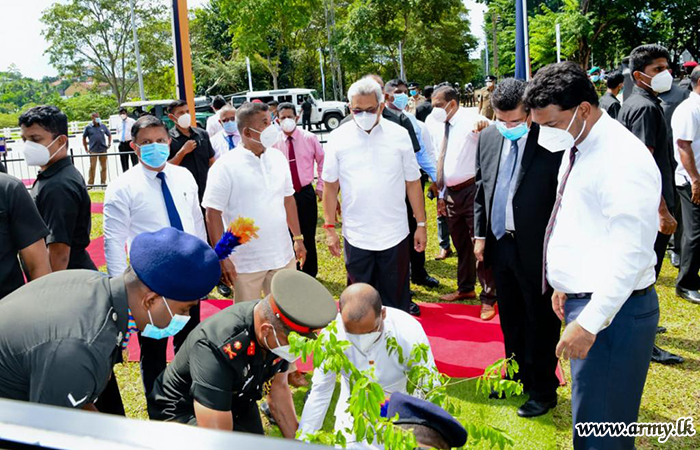 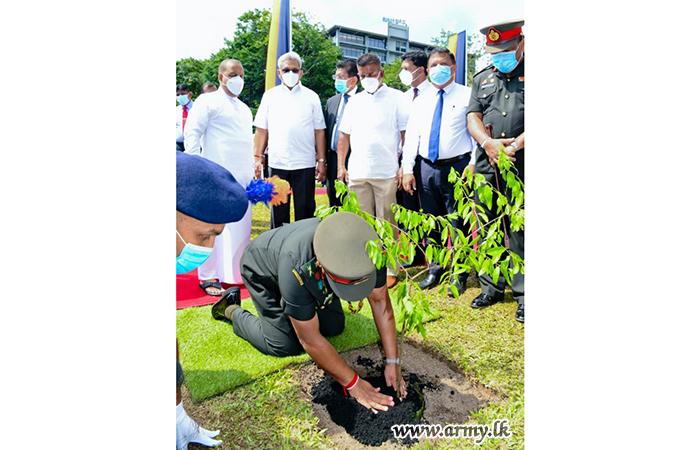 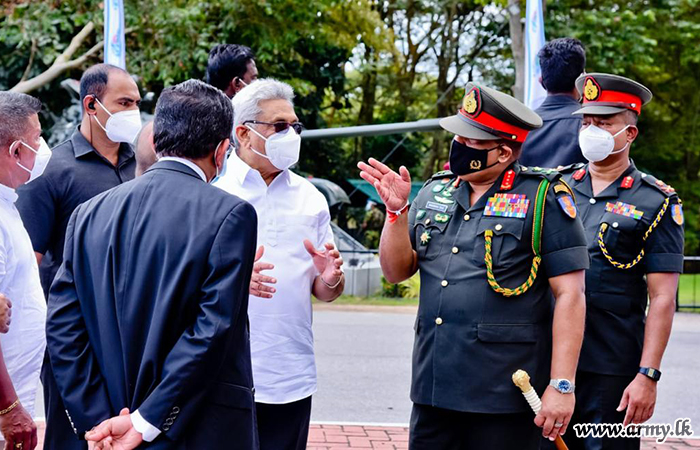 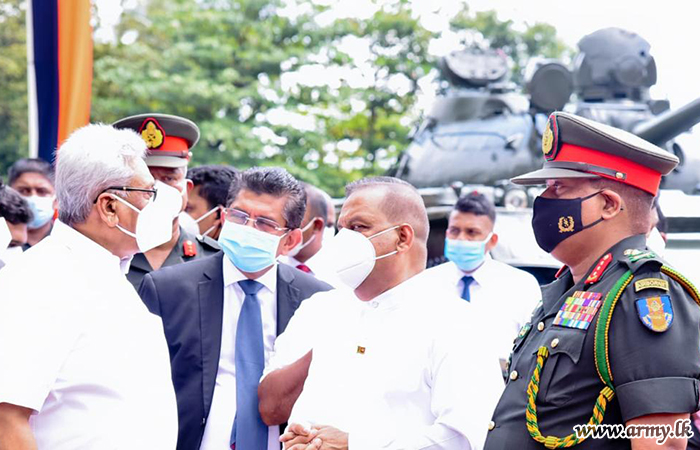 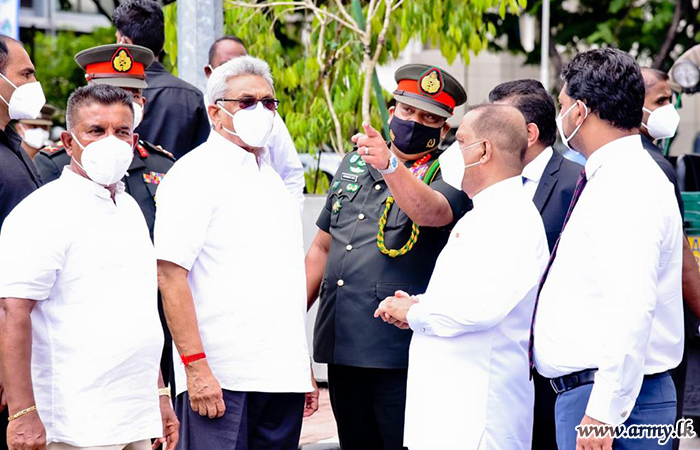 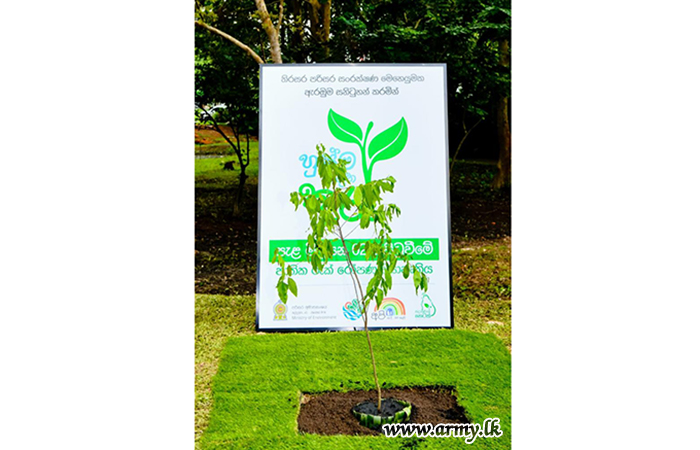