The multi-skilled and multi-faceted Corps of Sri Lanka Army Engineers (SLE) this morning (18) raised its newest first Army Engineers Division, aimed at centralizing coordination, undertaking, distribution and execution of all Nation-building engineering tasks during a brief ceremony, in which the foundation-stone was also laid for construction of a new Division HQ at SLE Regimental HQ premises in Mattegoda.

Attaching greater significance to the occasion, Lieutenant General Shavendra Silva, Chief of Defence Staff, Commander of the Army and Head of the National Operations Centre for Prevention of COVID 19 Outbreak, the guiding light that made it to be a reality graced the inaugural occasion as the Chief Guest at the invitation of Major General Jagath Gunawardena, Colonel Commandant of the Corps of Sri Lanka Engineers and Chief of Staff who extended a warm welcome to the Army Chief on arrival. A formal Guard Turnout and a subsequent Guard of Honour at the new Division premises saluted the day's Chief Guest in conformity with military traditions.

As the auspicious minute struck, Lieutenant General Shavendra Silva was then invited to lay the foundation-stone for construction of the new Division Headquarters building complex at the same location which would smoothly facilitate all coordinating and executing roles, pertaining to mega Nation-building projects, Civil-Military assignments, Humanitarian Demining and Chemical Biological Radiological and Nuclear (CBRN) tasks, Emergency Disaster Management Roles, Commander's Tasks, etc. Later on, Lieutenant General Shavendra Silva symbolized the official inauguration of the newest Engineers' Division by signing the formal raising-order and the declaration to that effect as all Officers looked on. The day's Chief Guest also did not forget to leave some complimentary remarks in the Visitors' Book at the same occasion.

Subsequently, the think-tank behind the realization of the project, Lieutenant General Shavendra Silva planted a sapling in the compound as a symbol of memory of the important day. A few minutes later, the Army Chief was also invited to open the newly-constructed Badminton court and the well-equipped gymnasium complex at the Sappers' Leisure Bay. Afterwards, the Commander of the Army witnessed a varied demonstration, presented by members of the Army Chemical Biological Radiological and Nuclear (CBRN) Response Squadron on their operational aspects against chemical threats, Explosive Ordnance Disposal (EOD) and their preparedness at all times, etc

During his address, the Commander of the Army explained the importance of having a Division of this nature. Refreshing his memories, the Army Chief told the gathering that the enormous and noteworthy contribution of Corps of Engineers has saved a large sum of foreign exchange for the country. " Let not our money end up in overseas, instead we will march forward by getting more and more sophisticated modern machinery with high technology and produce results with the blessings of HE the President. Your construction contribution such as the Pidiruthalagala road, Buttala-Kataragama road, the wooden bridge across Ginganga in Neluwa, Bowathenna dam, playgrounds, stadiums, schools, community centres, tanks, etc are among the few noteworthy. You have done so with minimum cost, high standards and without wastage," he added. (See below video for his full speech).

At the end of the speech, Major General Jagath Guanwardena, Colonel Commandant and Chief of Staff gave away a memento to the Army chief in appreciation of his presence at the occasion. 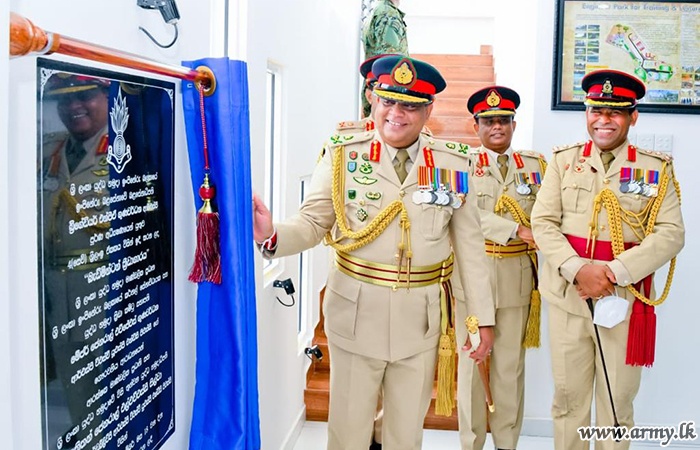 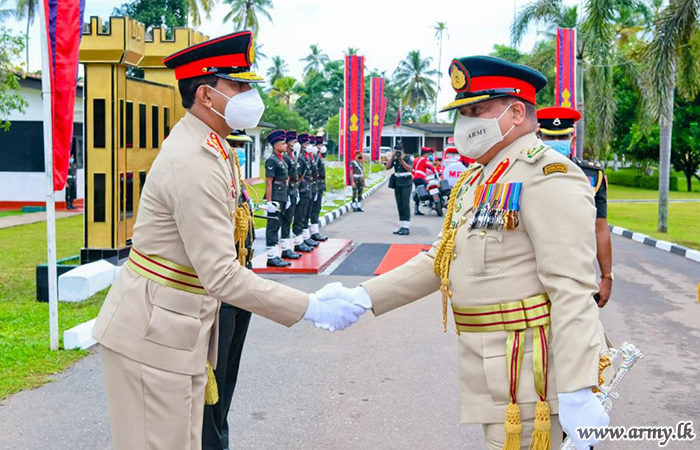 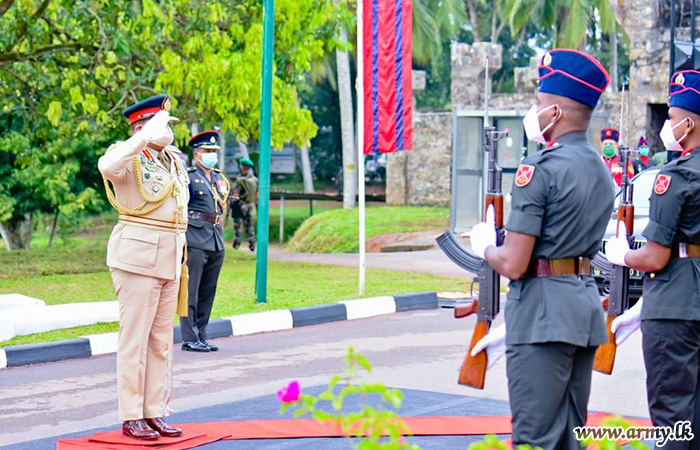 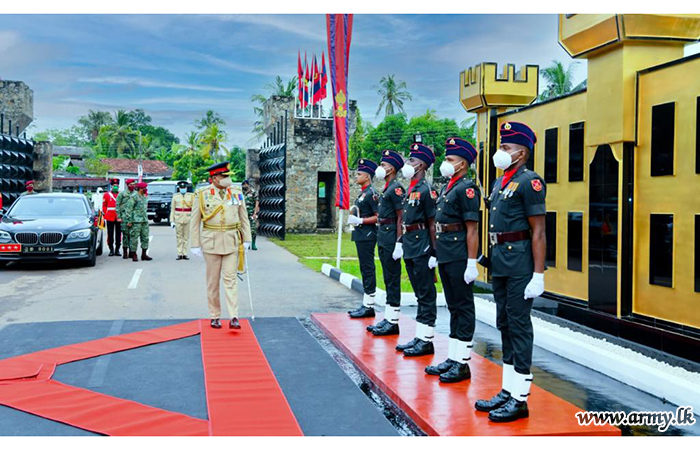 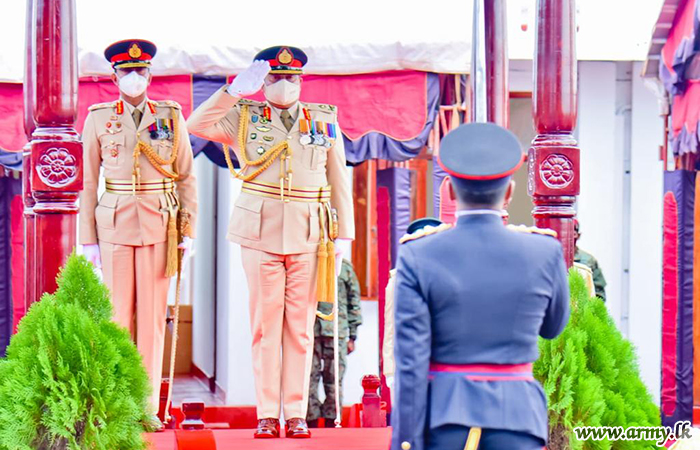 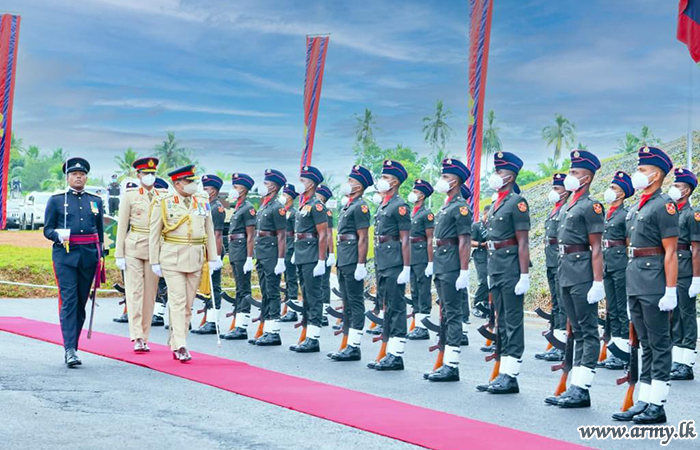 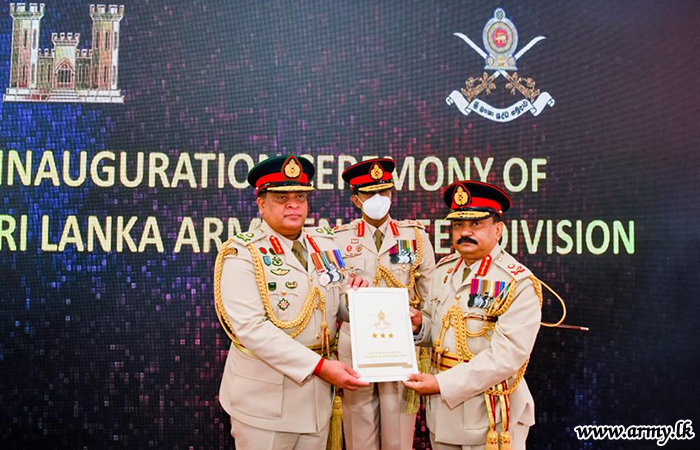 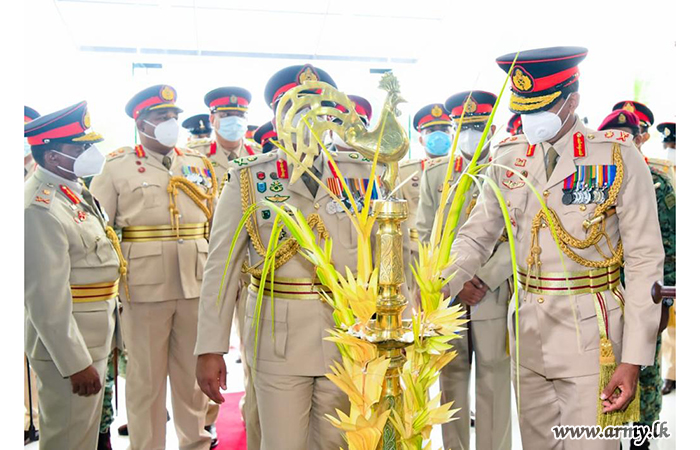 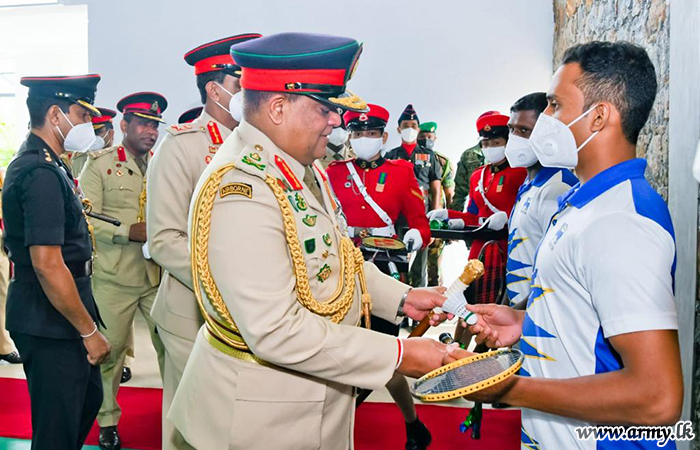 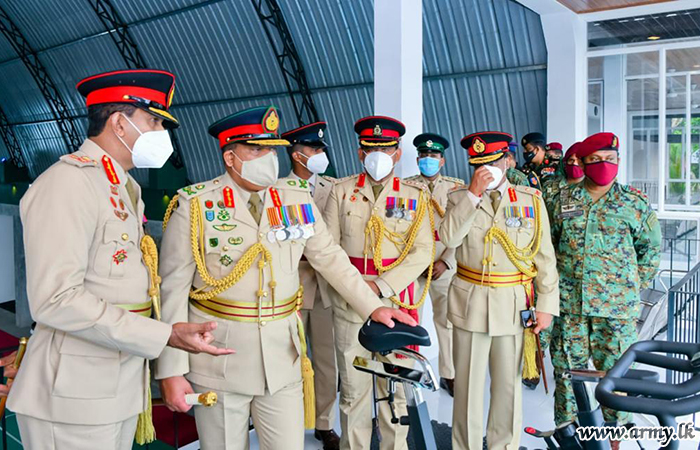 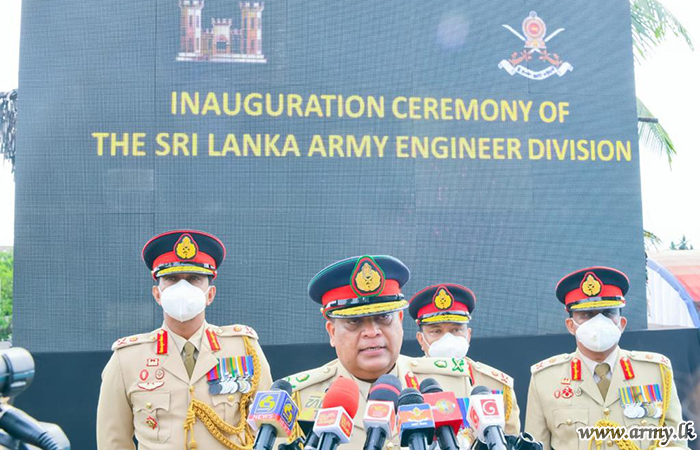 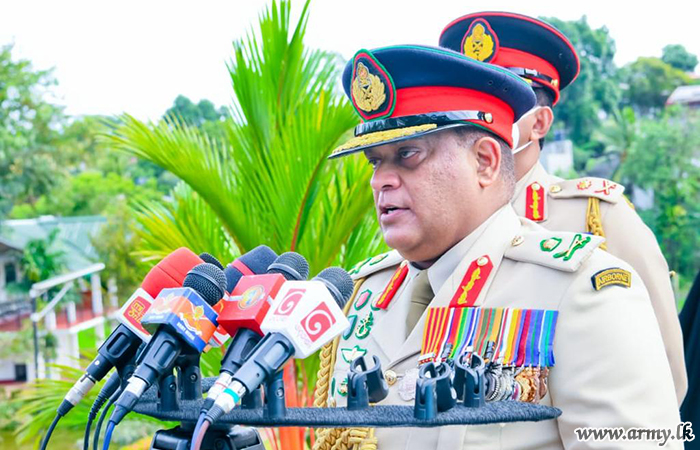