More graduates pass out from ACSC

THE ARMY COMMAND AND STAFF COLLEGE (ACSC) at Batalanda, one of the most prestigious and highest seats of military learning on Thursday (05) gave away laurels for a new batch of graduates during a ceremonial convocation at BMICH, dignified by a gathering of distinguished guests, none other than the Secretary Defence himself, Chief of Defence Staff and all three Service Commanders.

The ACSC, affiliated to University of Kelaniya saw her 8th batch of graduates, comprising 30 Army Officers, 3 Navy Officers and 2 Air Force Officers since her founding in 1998 walked away after completion of their graduate studies that qualified them to obtain Passed Staff College (psc) degree from the ACSC. Those graduates further qualify to read for a Masters Degree afterwards conducted by the University of Kelaniya.

Secretary to the Ministry of Defence, Public Security and Law and Order, Mr Gotabhaya Rajapakse graced the occasion as Chief Guest. Officers of the Army (30), Navy (03) and Air Force (02) who successfully completed the Course received their graduation at this ceremony.

Since her inauguration in 1998, the ACSC has so far produced 156 graduates who followed the 11 month-long study course which covers a wide academia of military history, culture, tactical strategies and so on.

After this convocation, those graduates become qualified for new Command and Staff appointments within the organization. A selected number of Officers who displayed high performance during the course will be offered an opportunity to continue their studies for the Master's Degree in Defence Studies (M def S).

In today's ceremony, Commandant's â€œGolden Penâ€ Award for the Best research paper went to Major U.L.J. S Perera of the Gemunu Watch and the â€œGolden Owlâ€ Award for the first in order of merit, was won by Major T.P.A.C. Ruberu of the Commando Regiment.

The address of the ACSC Commandant, Major General Shayamen Kulatunge, followed the official release of the College journal 'Owlet'. Chief Guest Mr Rajapakse in his address stressed the importance of having highly-trained intellectual minds, no matter what it belongs to. He also underlined the need to improve the standards of the Army compatible with new technologies in the world.

A large gathering of Senior Officers of all three services, relatives and well-wishers of those graduates attended the ceremony. 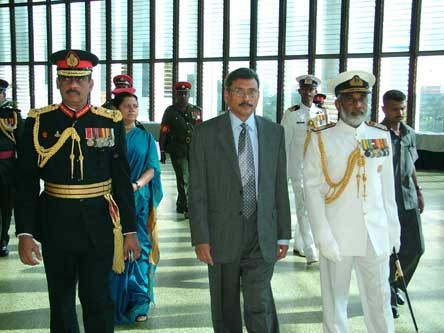 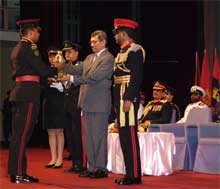 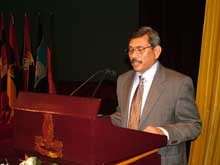 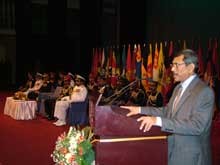