4 Commando Regiment troops, experts in Hostage Rescue and Anti-High Jacking tasks, together with equally competent participants from China, Malaysia, Maldives and Pakistan Monday (16) afternoon as one more rehearsing segment of the ongoing ‘Exercise Cormorant Strike X’ stormed the BMICH main conference hall and secured the release of 44 hostages, held at gunpoint by 17 terrorists.

At first, terrorists were warned by a megaphone to release those hostages under their captivity but the troops were compelled to execute a mission to secure their release unharmed. Practising sniper skills and heli rappelling techniques, seasoned with Commando Room Combat Drills, those 4 Commando soldiers rescued them with the support given by the helicopters of the Sri Lanka Air Force.short url link | nike air force 1 shadow , eBay 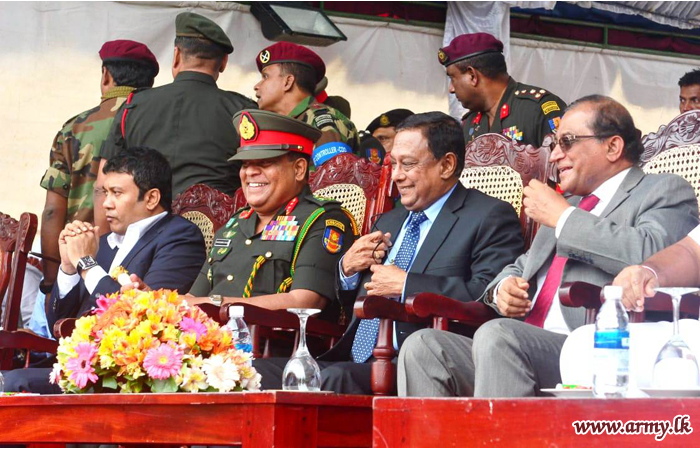 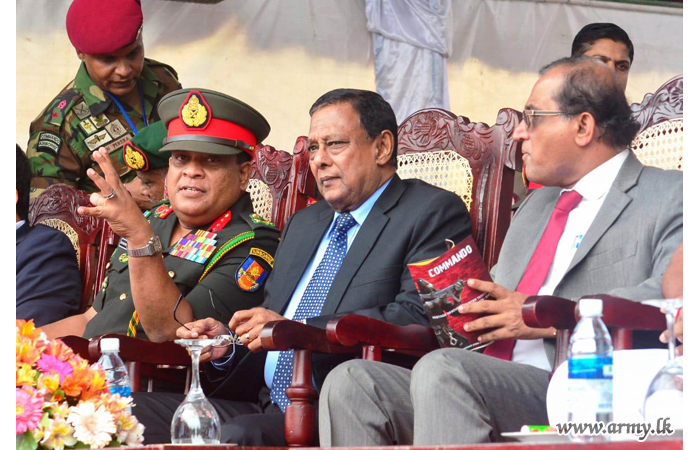 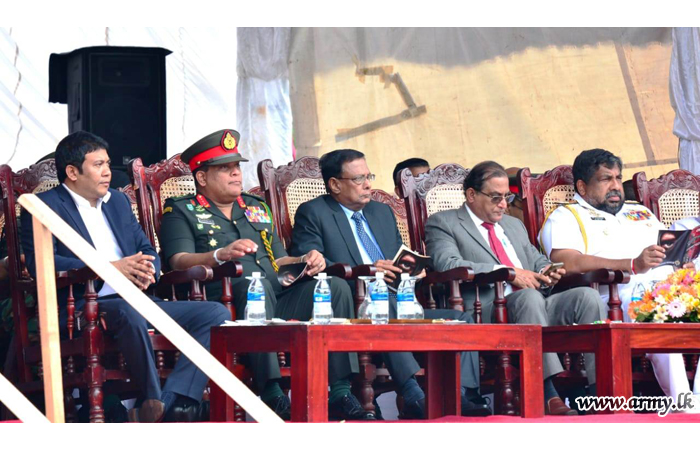 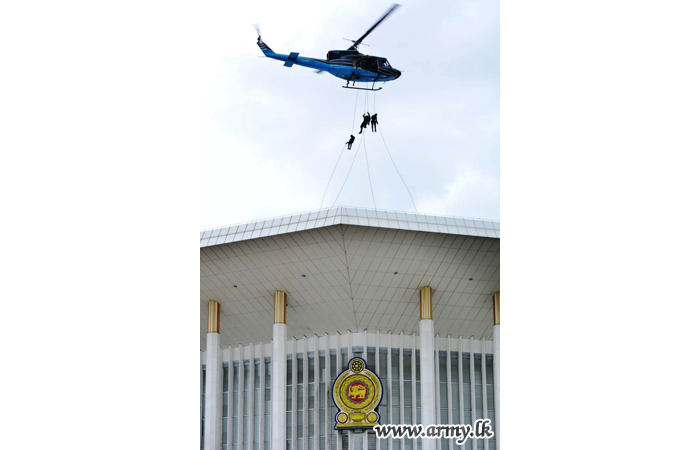 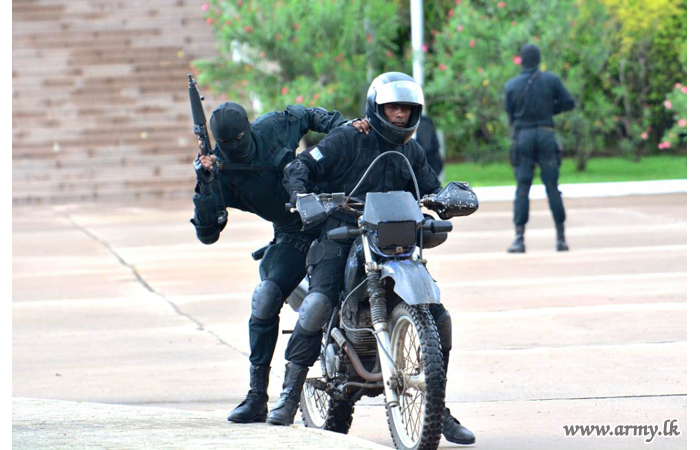 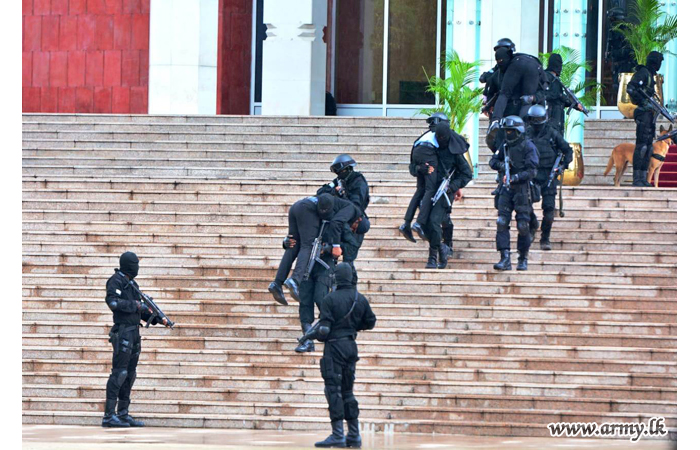 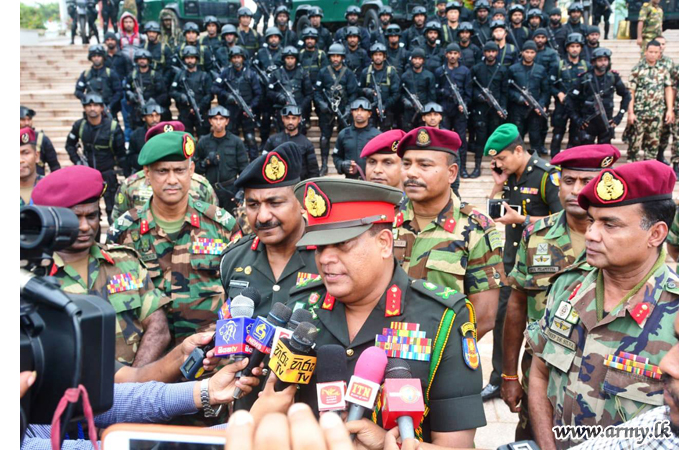 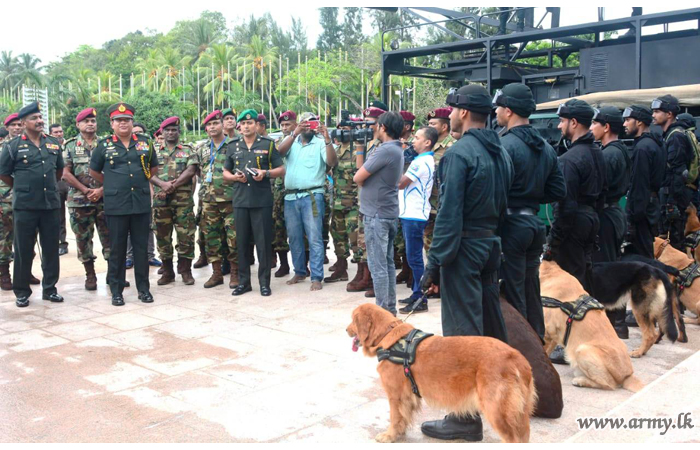 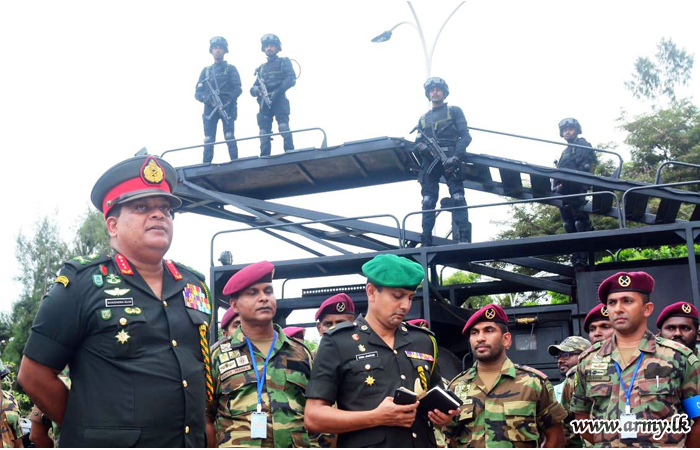 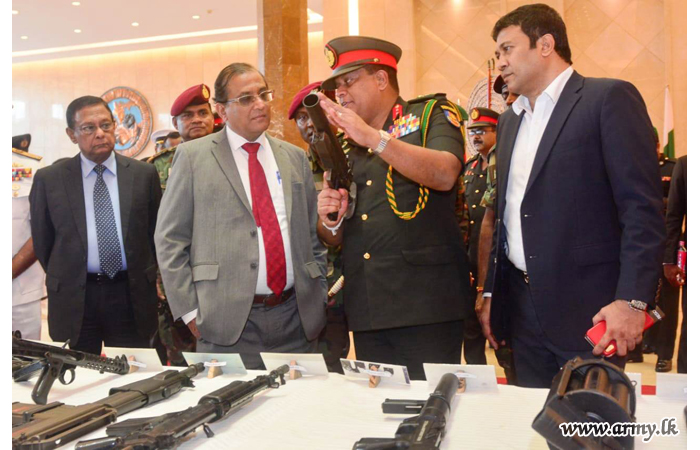 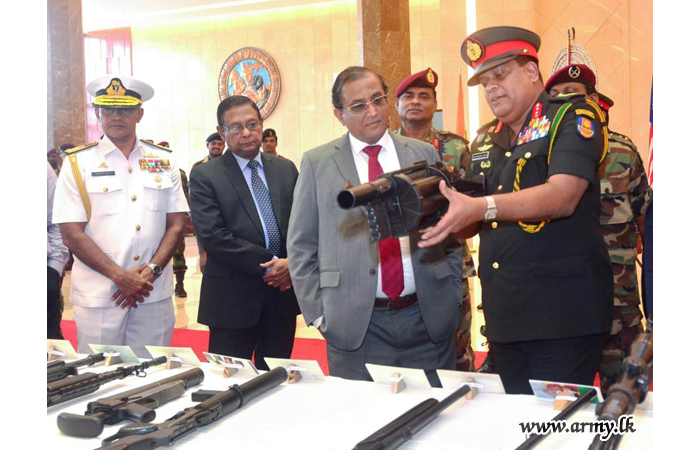 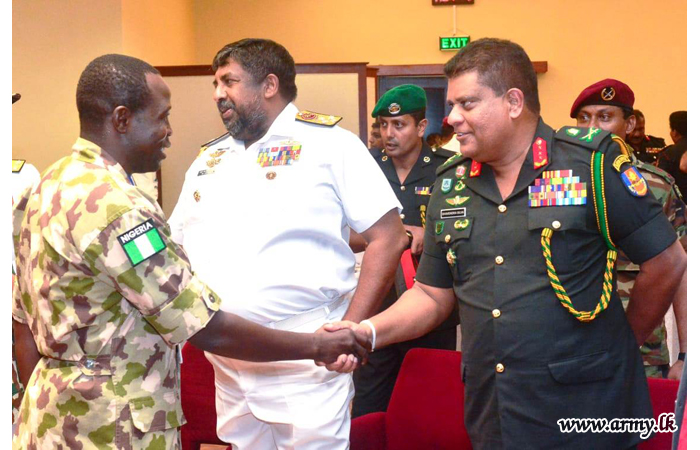