The Sri Lankan Combat Convoy Company (LKACCC) serving the UN Mission in Mali (MINSUMA) received commendation from the Director Mission Support, Lieutenant Colonel (Retd) Anton Antvhev when he arrived at the LKACCC HQ in Mali on account of the National Independence Day of Sri Lanka (4 February).

He appreciated the tasks performed by the LKACCC and claimed operational capability depends largely on organic capability of a convoy which would then logistically sustain the mission to protect the civilians and has objectives of providing safety, security and freedom of movement to UN agencies and NGOs. He insisted that the most prominent threat for convoy escort operations is organized and opportunist armed attack, ambushes and the placement of Improvised Explosive Devices (IEDs) on or around the Main Supply Routes (MSRs) and emphasized the excellent performances made by the LKACCC during the convoy escort operations were of high standards and professionalism.

‘Discipline being maintained in all aspects by the Sri Lanka Army troops in their tour of duty in the MINUSMA was very praiseworthy,’ Director Mission Support left memories complimenting the Sri Lankan troops in the Visitors’ Book afterwards.

The brief National Independence Day ceremony on the day hoisted the National Flag and other flags, took the Government’s oath, Read out the message from the Commander of the Army and gathered everyone for a special tea arrangement, filled with traditional sweetmeats, like Kevum, Kokis, Asmee, Athirasa, Helapa, etc

The Contingent Commander Lieutenant Colonel Srinath Gallage and all ranks took part in the day’s proceedings. 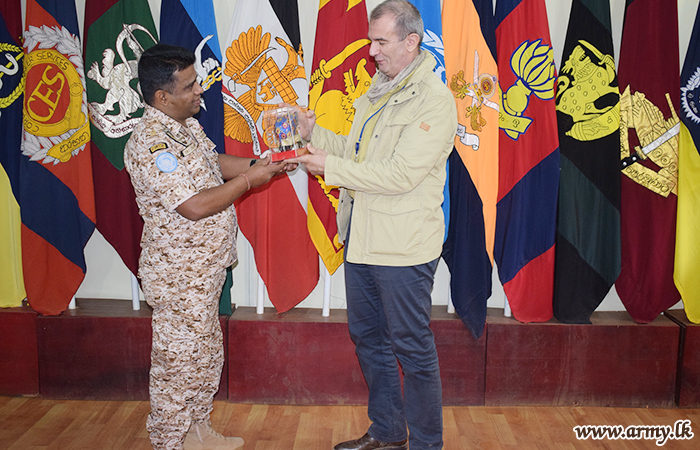 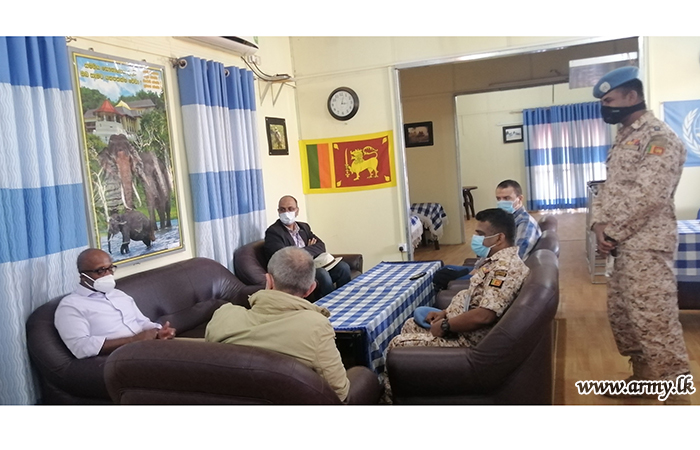 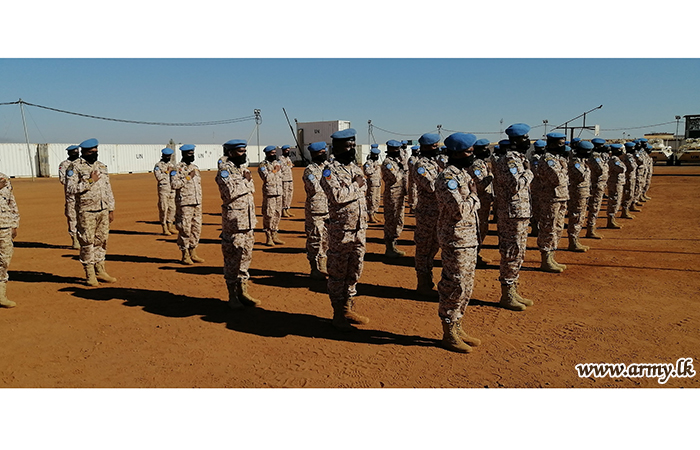 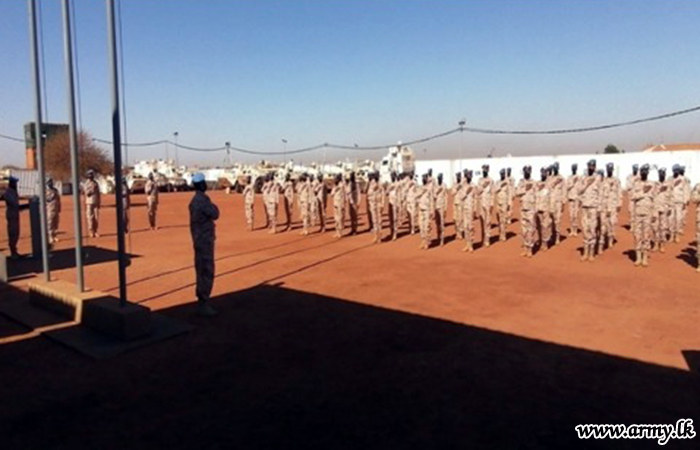