On Friday 13 September 2019, the Mission 17 of the ongoing 'Ex-Cormorant Strike' mock operation entered the heart of Colombo after intelligence confirmed that a group of 7-12 terrorists have infiltrated the Colombo Central Bank building complex and were opening fire indiscriminately killing and wounding many civilians.

Those terrorists, armed with T - 56 and modified versions, LMGs, Pistols, Hand Grenades, Sniper weapons and IEDs were demanding a ransom of USD 100,000.00 in exchange of hostages. Well coordinated security operations finally freed the hostages and killed the terrorists. Special Forces who are capable in urban fighting got into the action to rescue the bank workers, trapped inside the building along with the director.

6 eight-man teams, together with one reserve strike force team and another eight-man team conducted the operation and rescued all bank workers and the building. Troops heli rappelled to the top of the building from a Bell 212 helicopter as combat riders provided overall protection to the ground troops with all-round protection. 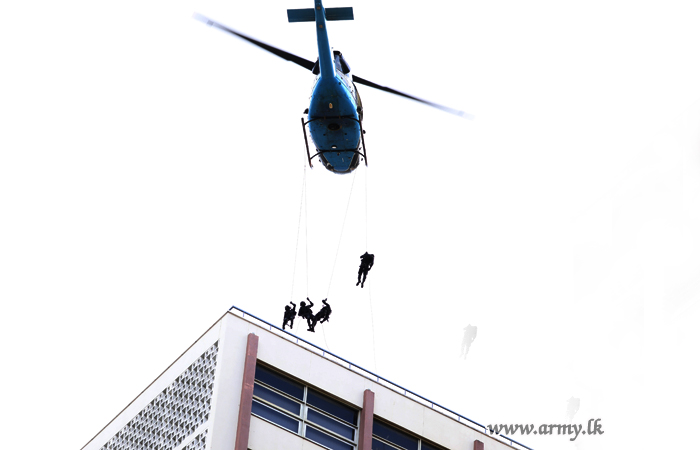 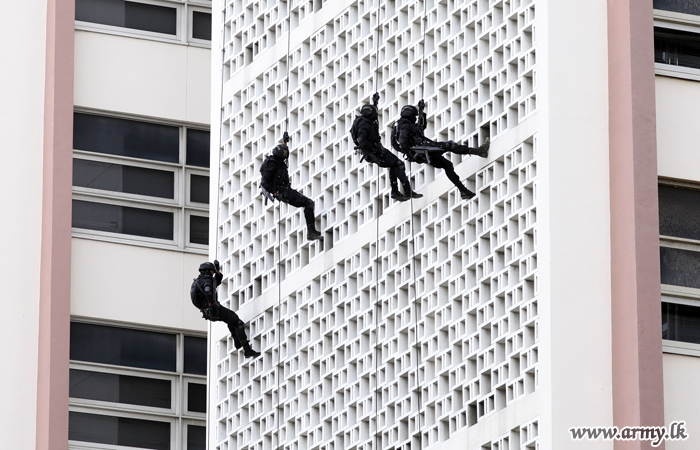