After a cordial welcome by the Commanding Officer, Lieutenant Colonel R A S R Ranasinghe, he was greeted to a Guard Turnout. Thereafter, the Colonel of the Regiment together with the Commander, Mechanized Infantry Brigade - Brigadier Janaka Priyadarshana and the Centre Commandant, Brigadier Kumara Wanasinghe with Officers and Other Ranks of the battalion posed for a group photograph.

It followed planting of a sapling to mark his official visit to the Battalion. After that, he listened to a briefing of the Commanding Officer. Later on he addressed the troops address and joined all ranks for tea before he visited the camp.

Finally, the Colonel of the Regiment left his remarks in the Visitors’ Book. 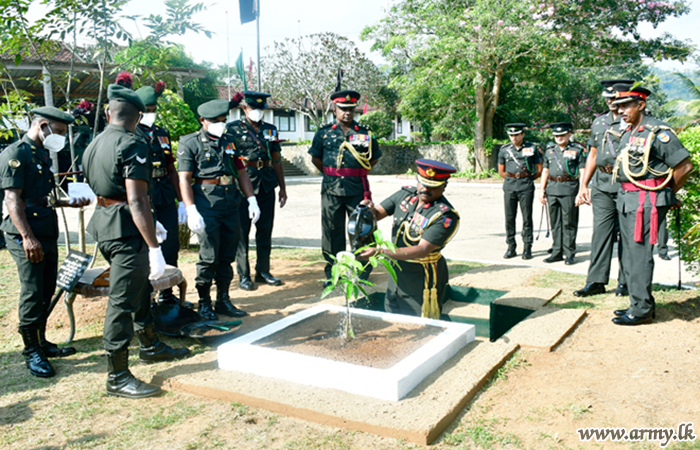 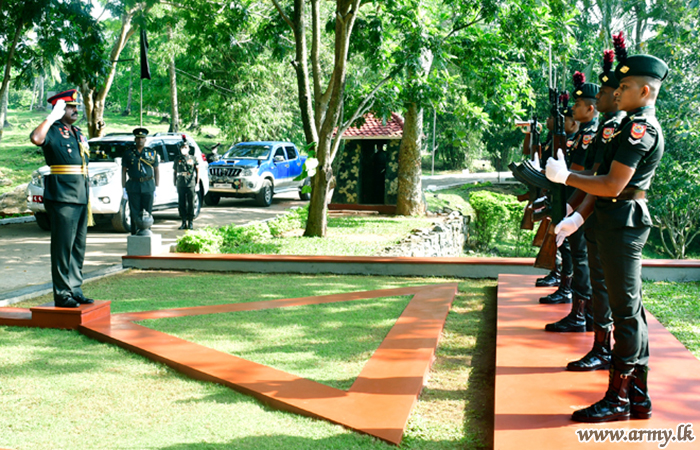 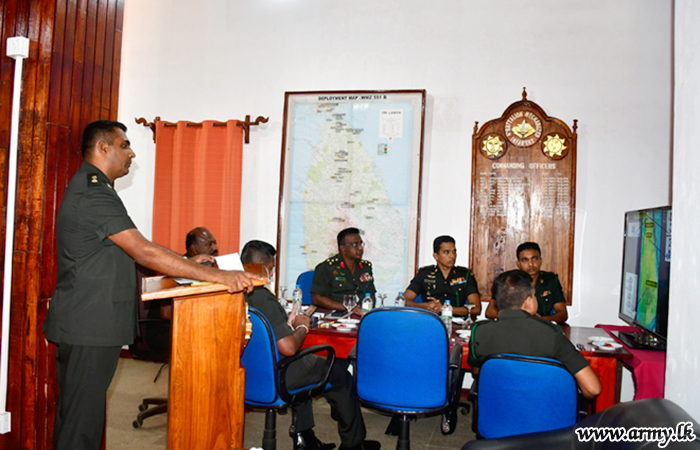 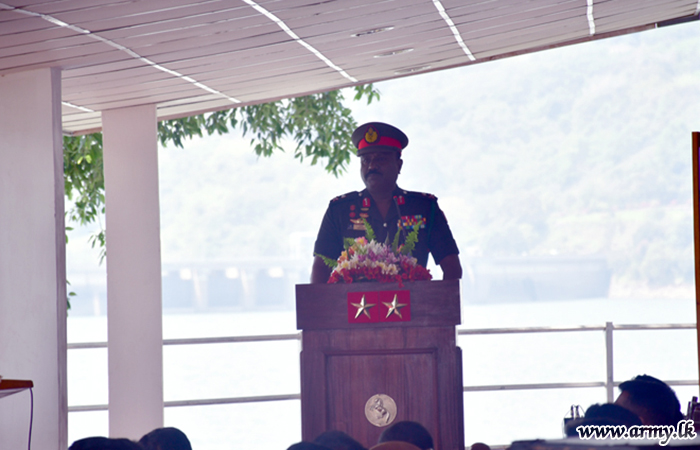 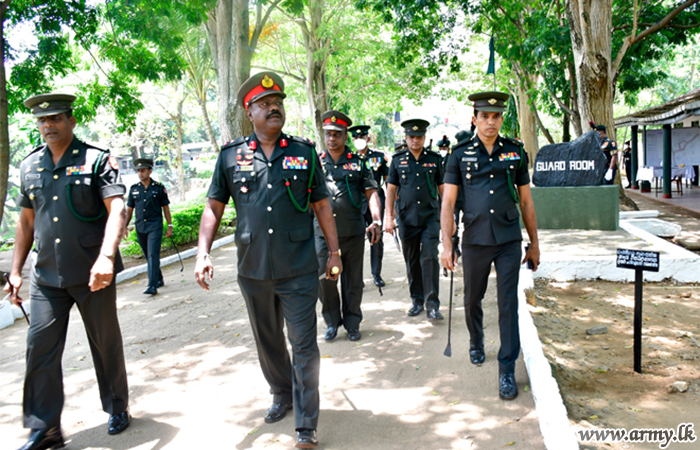 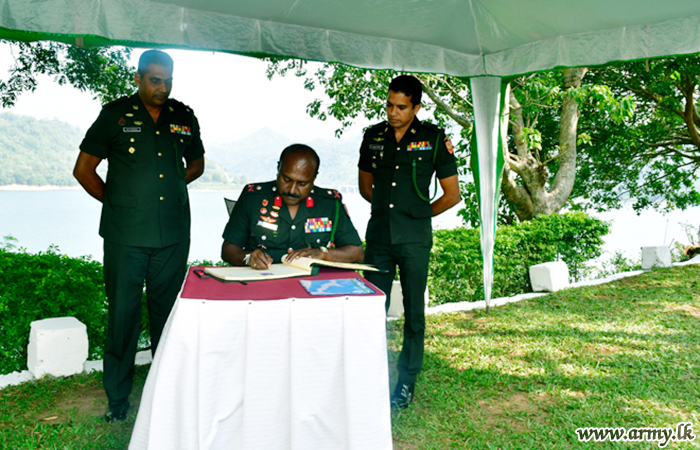