More than 5000 youths attending the Youth Camp ‘Yovun Pura’ in Sigiriya were stunned and thrilled to witness a Mini Army Tattoo, comprised of daring adventures, summersaults and acrobatics of the Army personnel as the event was officially drawing to a close on Saturday (2) evening.

All resource personnel and other invitees were there to take leave of those youngsters who enjoyed a 4-day long stay in the camp undergoing fresh experiences in varying fields of interest.

At the request of the organizers, the Commander of the Army, Lieutenant General Crishanthe De Silva extended his cooperation to the success of the whole concept of the Youth Camp by contributing the conduct of the Mini Tattoo of the Army.

A total of 1450 Army personnel took part in the Mini Tattoo and showcased their skills before the record number of youths and other invitees at Sigiriya.

Meanwhile, President Maithripala Sirisena and Prime Minister Ranil Wickremasinghe together with several Ministers arrived at the ‘Yovun Pura’ late in the afternoon to attend the closing ceremony.

Among the guests invited for the occasion was Commander of the Army, Lieutenant General Crishanthe De Silva. 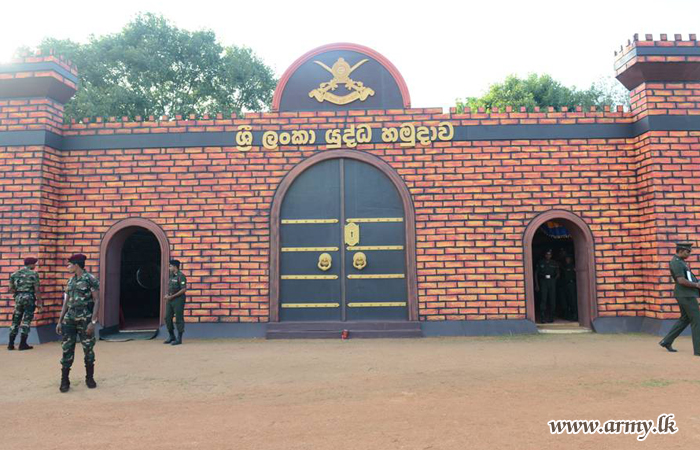 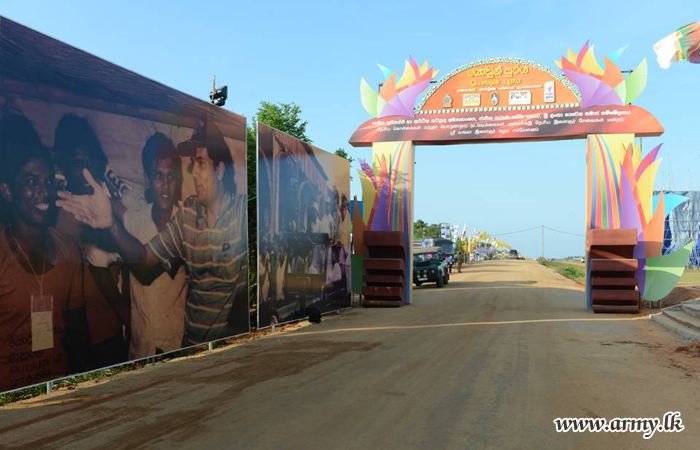 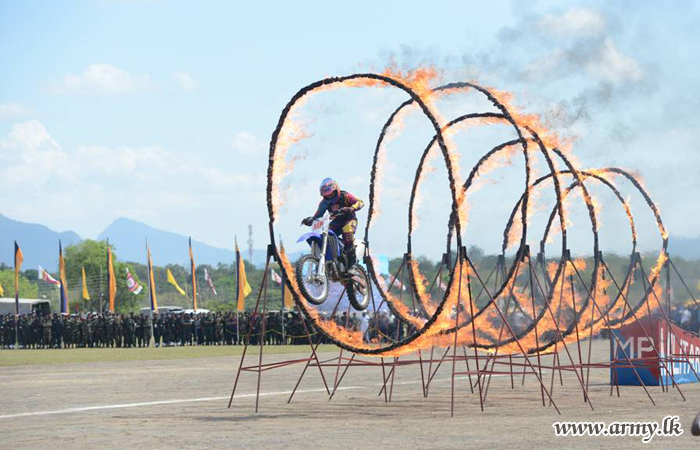 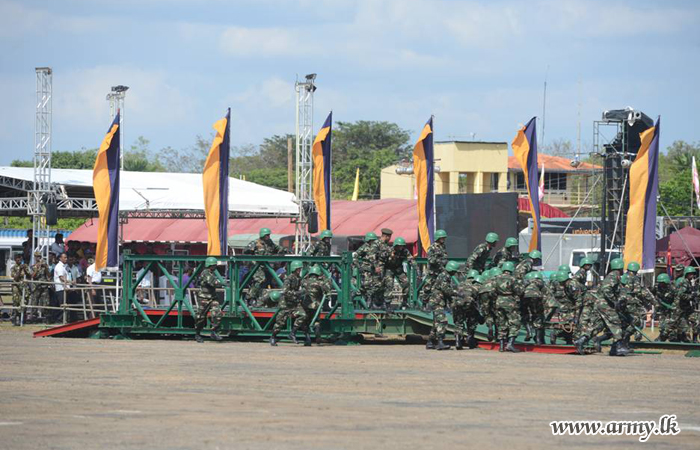 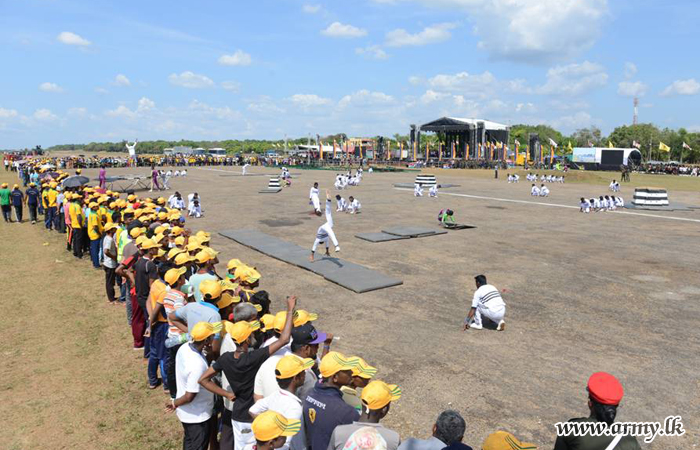 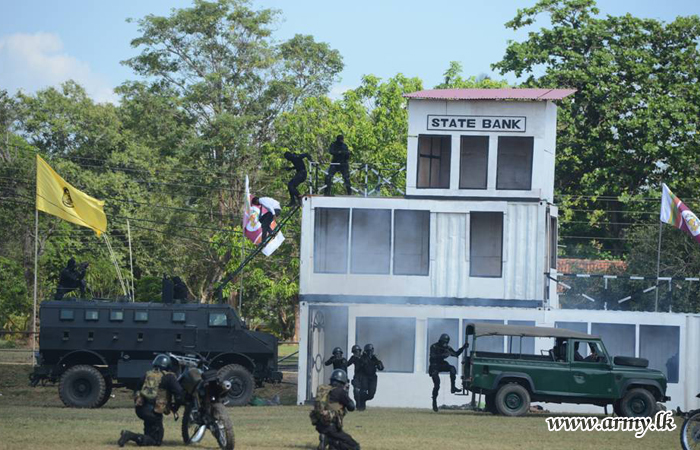 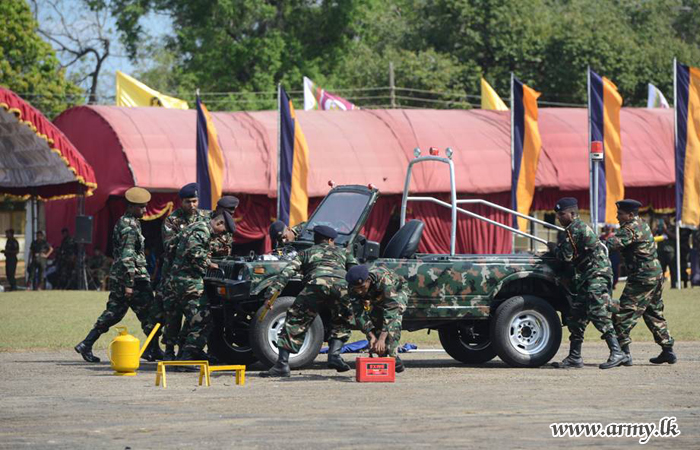 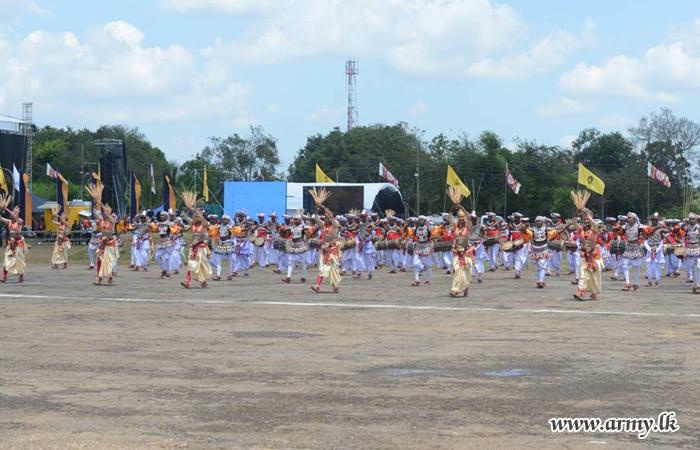 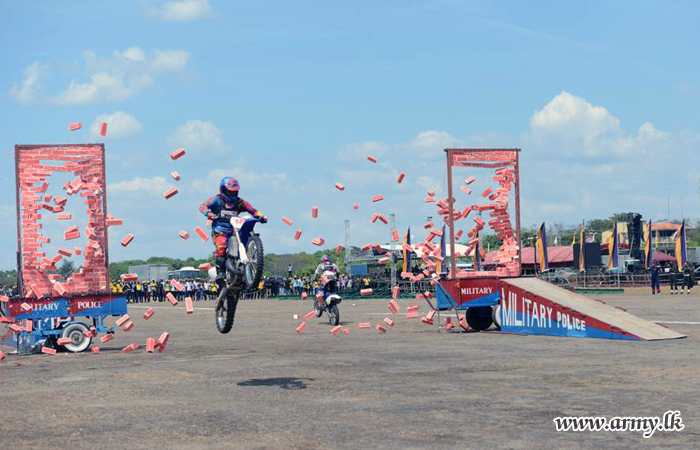 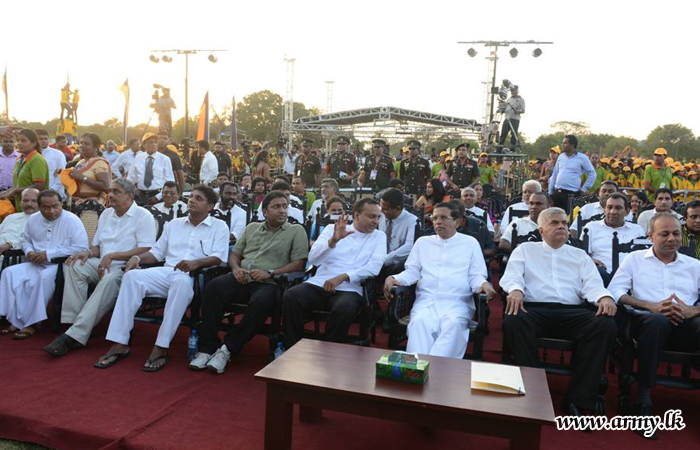 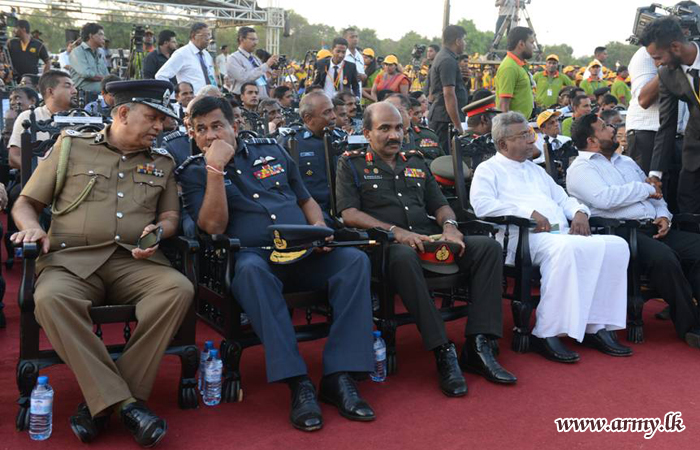 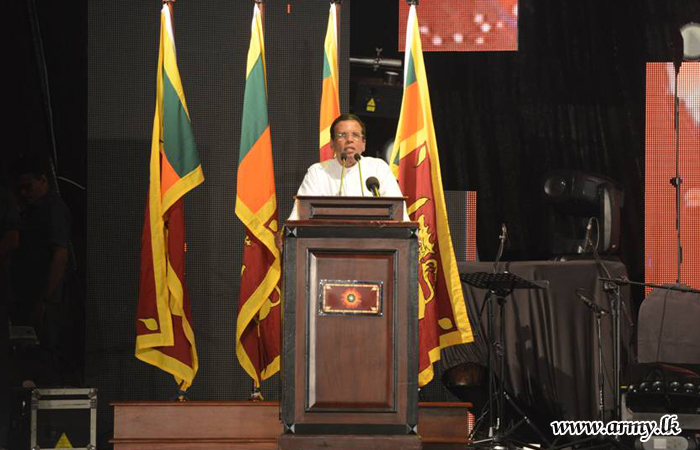 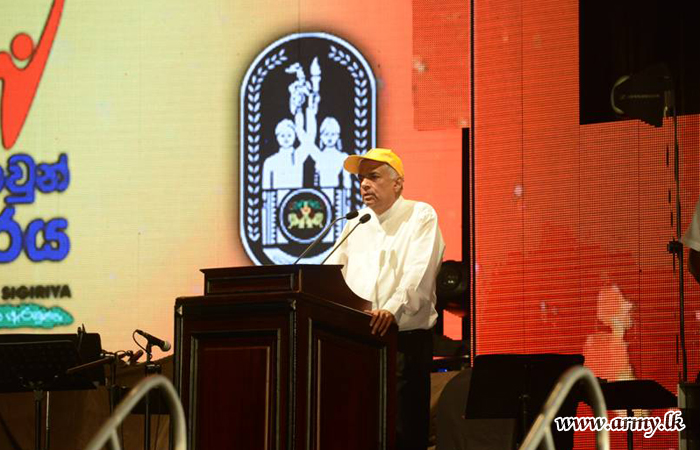 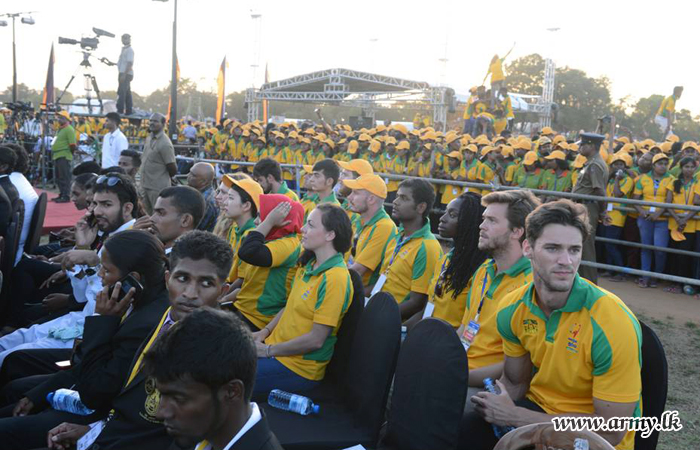 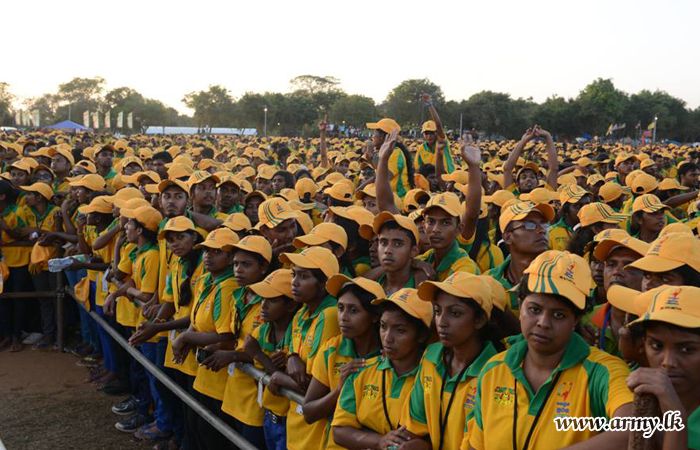