Military Must Have Strong Ties with All Countries - PM

Prime Minister Ranil Wickremesinghe says that Sri Lankan military needs to have strong ties with Asian countries like China, India and Pakistan and Western countries like US, Britain and others.

The Prime Minister said that closer ties with the above countries will help the military to further enhance its capacity and knowledge on par with the latest international best practices. He was attending the Passing out Parade of 161 Cadet Officers at the Sri Lanka Military Academy in Diyatalawa on Sunday (20).

The Prime Minister said the military will be modernized to meet modern trends and the highest international standards. He also went on to say that efforts must also be made to heal the wounds of the conflict and unite all factions to build the nation.

The Prime Minister said that divisions which existed in the past should be done away with.Army Commander Lt. Gen. Crishanthe De Silva too attended the event. The Prime Minister also added that the Government will ensurethe name of the military is protected. (Courtesy: Daily News) 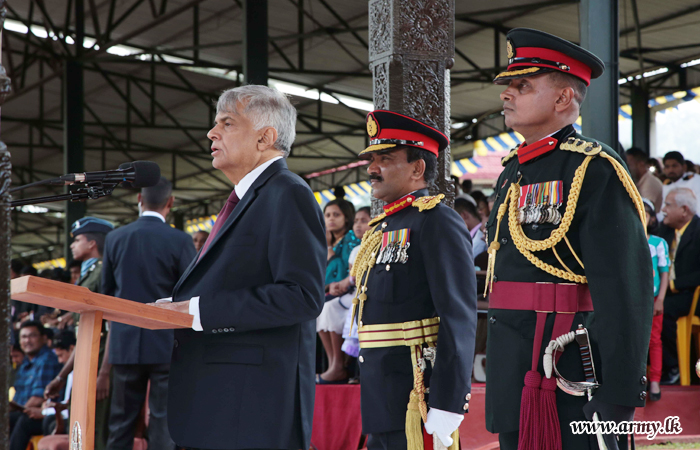