One of the Army’s yesteryear shining stars in the field of athletics, now a retiree, Deshabandu Lieutenant Colonel W Wimaladasa (Retd) at Andiyadeniya, Allawwa was delighted to accept the keys to his completely renovated house with gratitude at the auspicious minute on Wednesday (31) during a simple ceremony.

The name of Lieutenant Colonel Deshabandu W Wimaladasa (Retd) remains well etched in the hearts of island-wide athletes as a veteran who made the Army and the country proud by winning Gold medals and Silver medals in Asian Games in 400 m, medal record in 100 m in 11.5 seconds and also the Gold medal in Asian Games, held in Teheran. He also won the 4 x 400 m relay and carried the Gold medal for Sri Lanka. In appreciation of his achievements, Sri Lanka Army awarded both Army and national colours to Lieutenant Colonel Wimaladasa (Retd).

His Regiment, Gemunu Watch found the house of the shining athlete, now in his dotage needed a complete renovation since it was not in good order for occupancy. On being informed of this status quo, Major General Upul Vithanage, Colonel of the Regiment, Gemunu Watch in close cooperation with the Directorate of Veterans’ Affairs in the Army, raised a sum of Rs 4.5 lakhs and completely renovated the house within a matter of three weeks with the active support of the troops, attached to Gemunu Watch (GW) Regimental Headquarters, Kuruwita.

The renovation of the house, done to be in line with the Commander’s directions to the effect that all Regiments should felicitate and take care of their veterans, was closely supervised by the GW Centre Commandant during the renovation process.

Major General Upul Vithanage on Wednesday (31) formally delivered keys of the renovated house to the veteran athlete and invited him to join a brief ceremony. 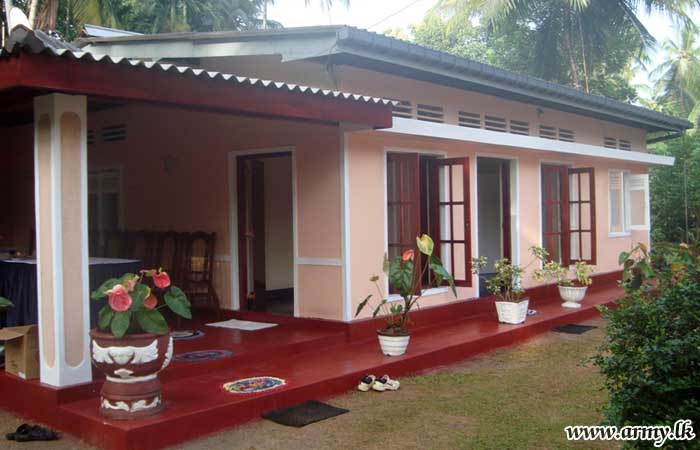 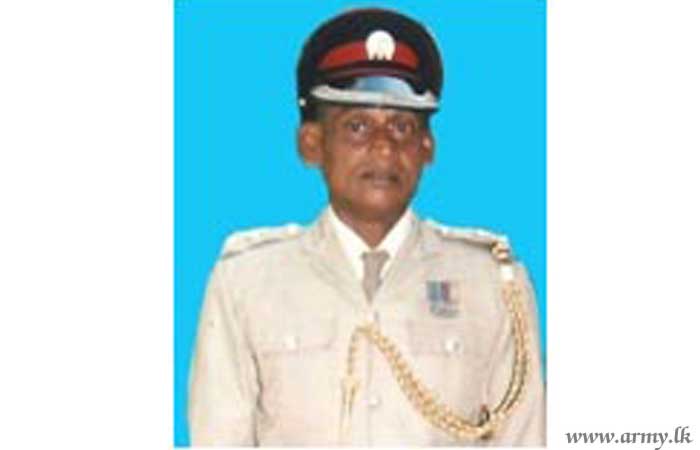 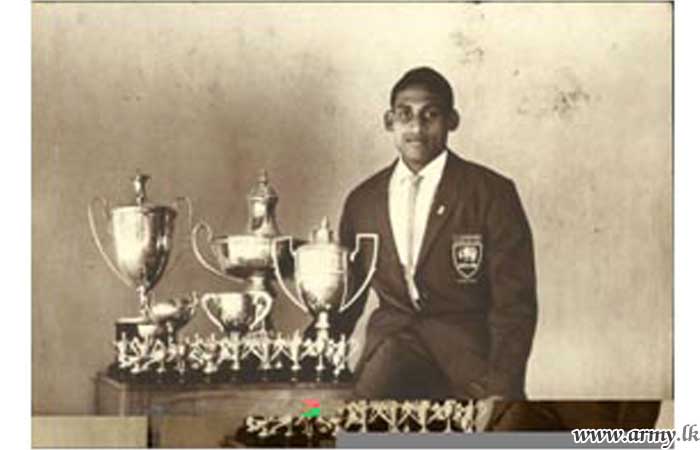 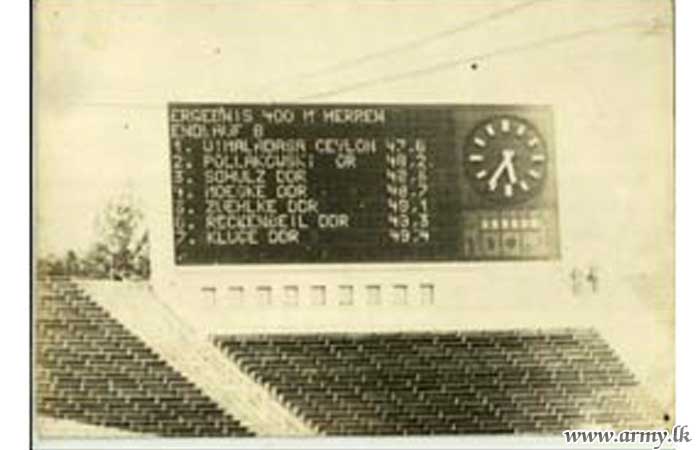 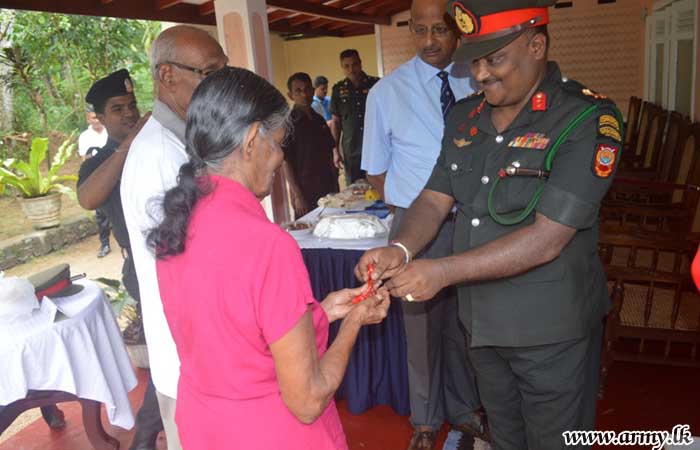 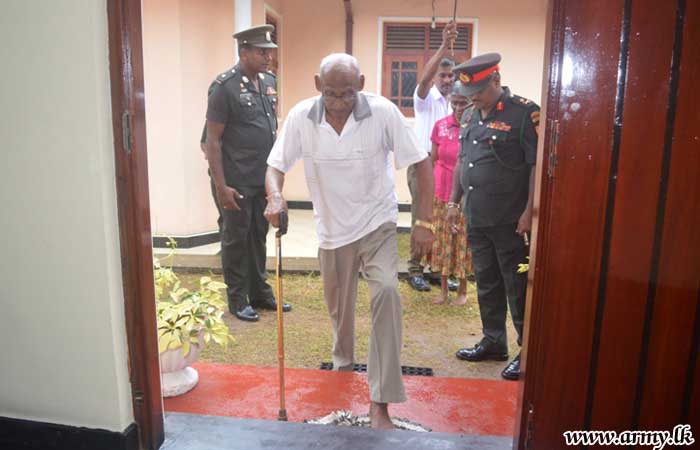 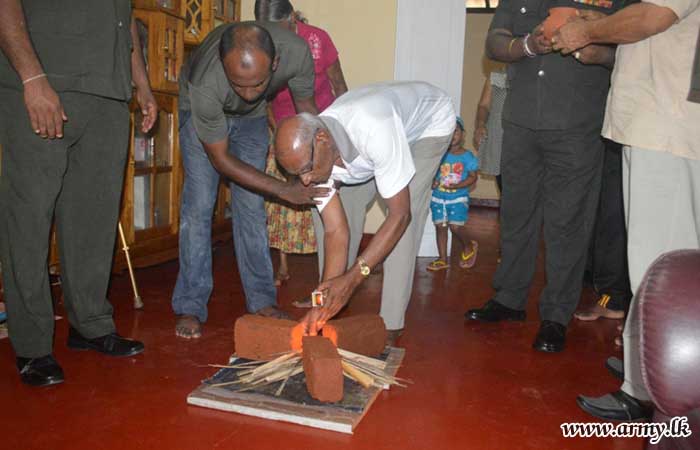 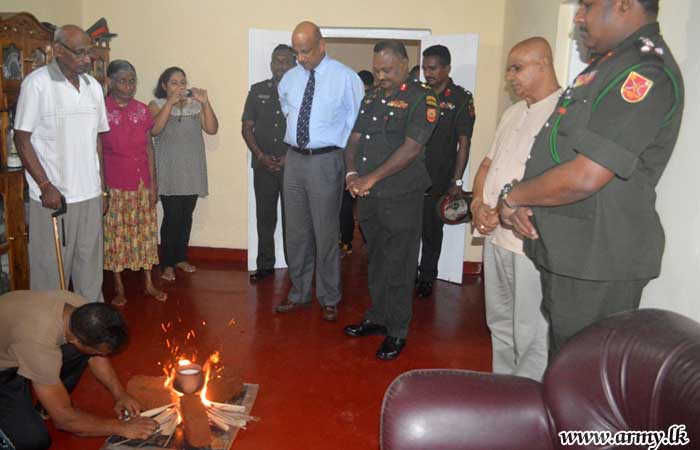 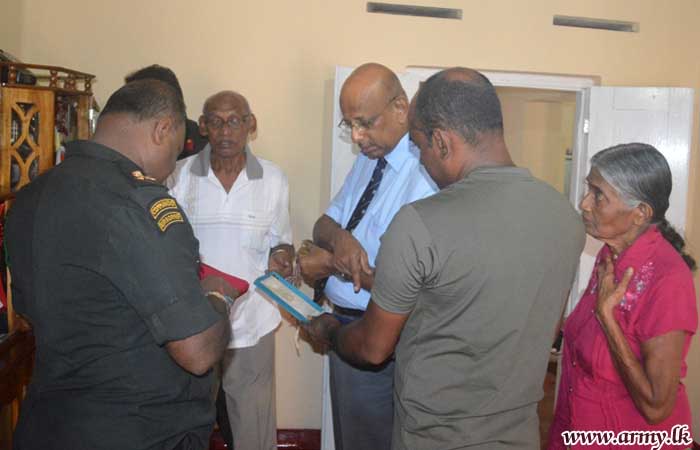 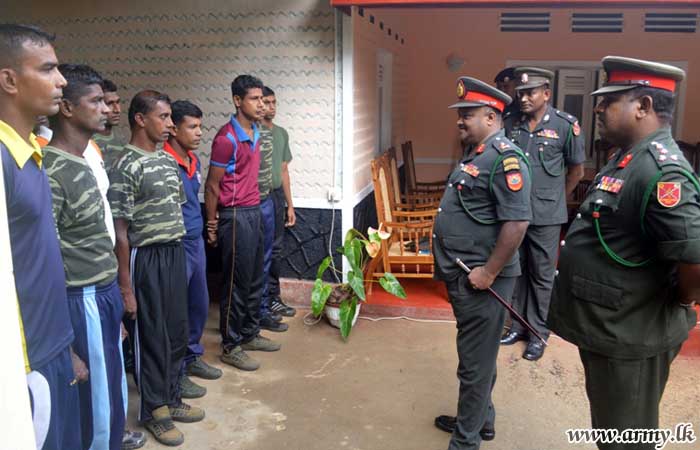