A series of commemorative events on Monday (7) and Tuesday (8) marked the 25th death anniversary of legendary War Hero, Lieutenant General Denzil Kobbekaduwa of the Sri Lanka Army, who fell victim to an LTTE landmine on 8th Aug 1992 at Araly Point, Kayts, together with several other brave Officers and soldiers.

Memories of late Lieutenant General Denzil Kobbekaduwa, the legendary War Hero of our times, were refreshed, distributing dry rations to the poor in Thanthirimale village on Monday (7), followed by conduct of alms-givings, Bodhi Poojas and Dhamma sermons, etc at the Thanthirimale Raja Maha Vihara premises as the dusk fell.

In a separate programme, an alms-giving to 15 Bhikkus also took place at the Lankaramaya premises on Tuesday (8) in addition to other arrangements that got underway at Kalaththewa, SLAC Army Camp in Anuradhapura.

Lt Gen Denzil Kobbekaduwa, an old Trinitian, joined the Sri Lanka Army on 25 May 1960. After the basic military training at the Army Training centre, he left for Royal Military Academy, Sandhurst, UK for further training and was commissioned to the Sri Lanka Armoured corps, as a Second Lieutenant on 3 August 1962. 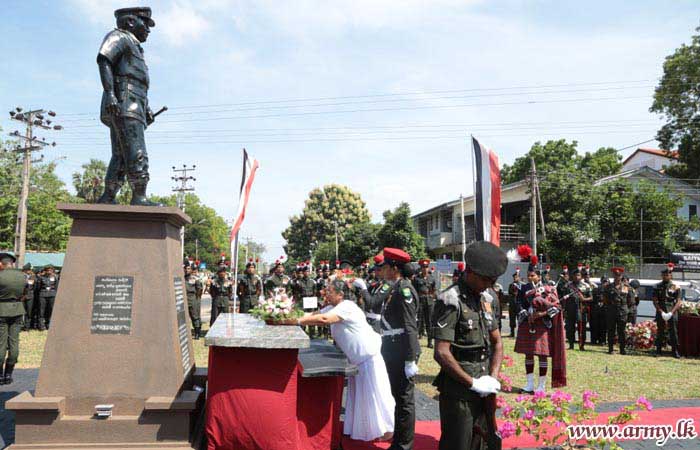 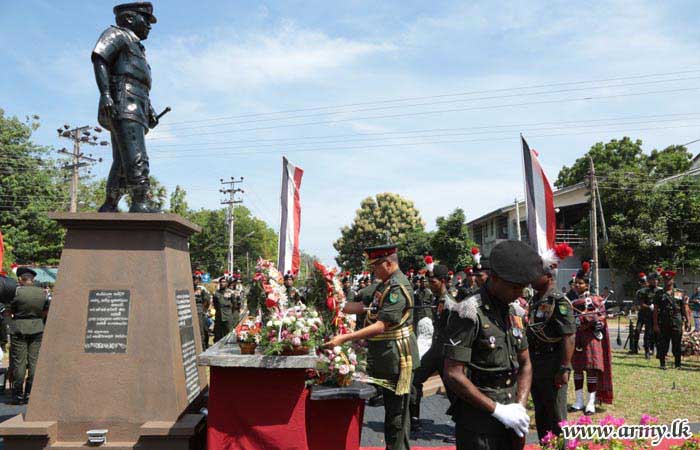