A specially-summoned meeting of visual/social Media Heads, chaired by General Shavendra Silva, Head, NOCPCO, Chief of Defence Staff and Commander of the Army this morning (29) at the National Operation Centre for Prevention of COVID-19 Outbreak (NOCPCO) discussed and explored possibilities of mobilizing the masses to be conscious of the need and responsibility of defeating the spread of COVID-19 pandemic as a national cause, irrespective of all differences.

General Shavendra Silva, Head, NOCPCO, Chief of Defence Staff and Commander of the Army, flanked by Dr Asela Gunawardena, Medical Specialist and Director General of Health Services (DGHS), Prof Athula Sumathipala, Professor of Physicality School of Medicine Faculty of Health Sciences, Keele University and Mr Mohan Samaranayake, Director General Information at the outset commended Media's role and its continuing support in the fight against the transmission of COVID-19 epidemic in the country, and stressed the need to sustain it conveying the correct message at all times.

During this meet, General Shavendra Silva explained the gathering as regards the status quo of the pandemic and changing behaviour of the new COVID-19 virus during the 3rd stage and underlined the unfailing need for all of us to work realizing the gravity of the emerging trend which is not peculiar to Sri Lanka alone. He briefed the attendees on new isolated areas of the country and justified the need to go for such lockdowns whenever needed as they are designed to prevent further transmission.

"Unlike before, we may be compelled to impose isolation lockdowns with no advance intimation to the public, depending on detection of new groups or clusters in specific areas. Your esteemed Media wings jointly are capable of convincing the public of the impact of this 3rd wave particularly with new variants in a more impressive and positive manner, rather than adopting a destructive attitude as this has now become a global threat and a national menace, "he stressed.

He further elaborated with figures how all stakeholders beginning from March 2020 have been toiling to bring infected numbers to low levels with committed work and restrictions. "No such lockdowns are on the agenda at the moment but one has to understand the fast changing behavioural nature of this virus from time to time, and let the public be well aware of it while seriously adhering to health guidelines in their strictest forms. We anticipate a sharp rise in the coming weeks after New Year festive developments," he pointed out.

"On a Presidential directive, we were able to set up a Task Force to this effect as early as in January 2020 and brought all key stakeholders under one umbrella, inclusive of health sector experts and workers and tri service personnel. Of course, the mechanism, as you know well, functioned effectively with your support and the country continued with its repatriation of Sri Lankans, quarantining and treatment practices, etc. It was brought down to an average of about 150 patients per day. Let the public receive a very comprehensive and clear message from our side without resorting to convey some distorted messages as it could confuse the public and prevent them from finding the exact deserving information," General Shavendra Silva added.

"We need the masses to get involved in this process as a national commitment and seek their full cooperation and understanding. Media therefore has a bigger role to play in lobbying the public mindset for better results and get them to toe the preventive line en masse. Although you, TV channels have competitive commercial and other interests, etc, I must admit that you never failed to carry any of our messages on COVID-19 in the past one year or so. Educate people to stick to these preventive procedures and you have a bigger role to play at this critical hour, “General Shavendra Silva urged.

Commenting on the vaccination programme, he pointed out that the inoculation of the second jab of the 'AstraZeneca Covishield' vaccine has already begun and the first jab has already been given to about 927,000 people. "Those frontline health workers would get the priority again. Similarly, Head NOCPCO explained that capacity to receive patients in state hospitals is obviously limited, but there does not exist a need to panic as the Army is well geared to convert a few identified hotels and other places to serve as intermediate treatment centers in the event of any sharp increase of the numbers, "he told the gathering. 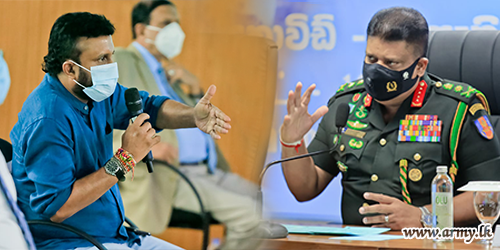 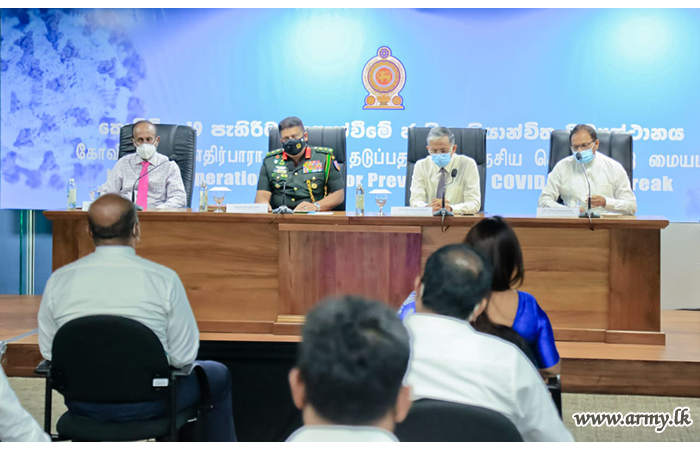 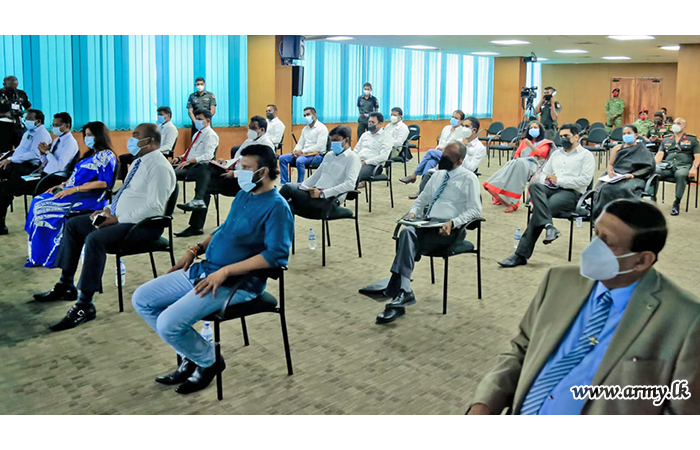 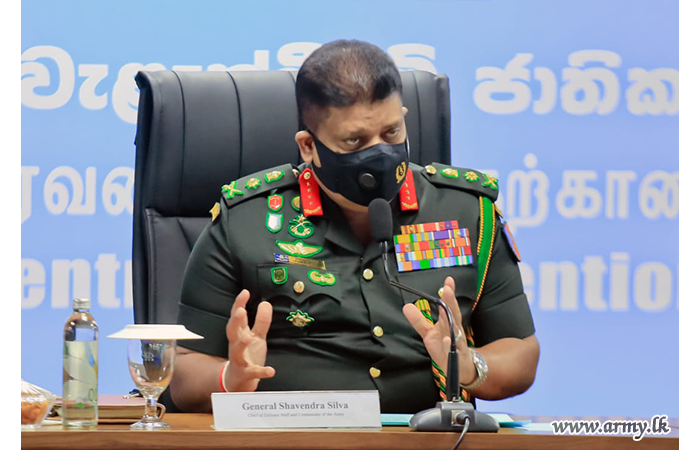 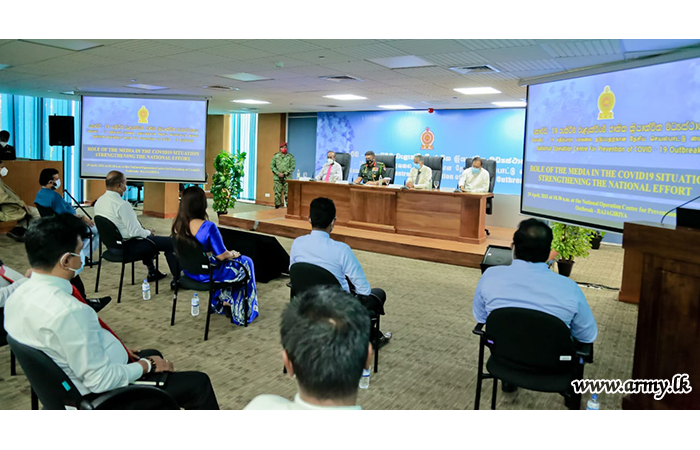 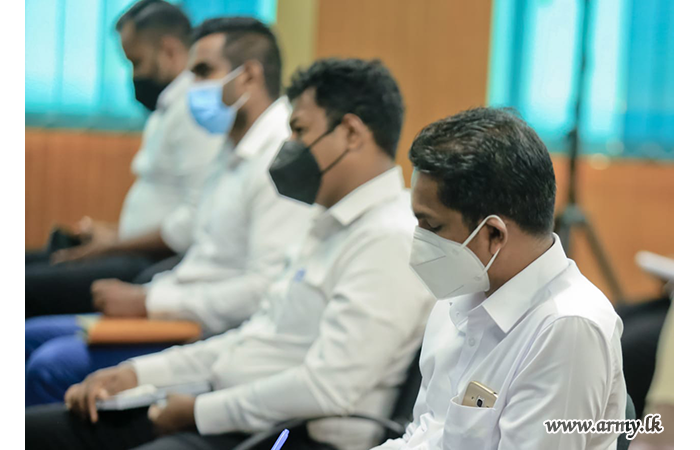 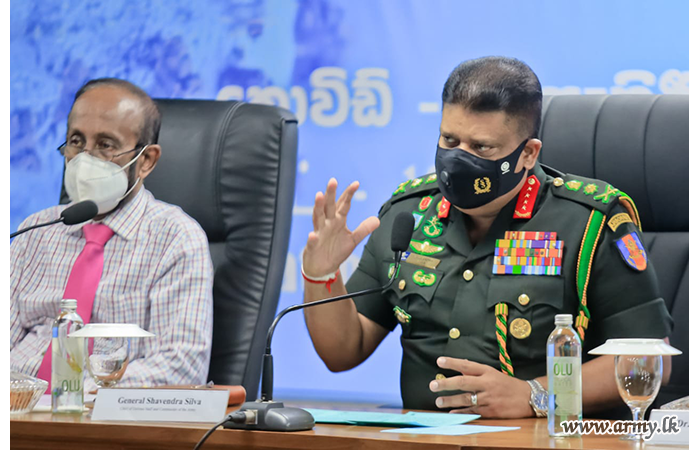 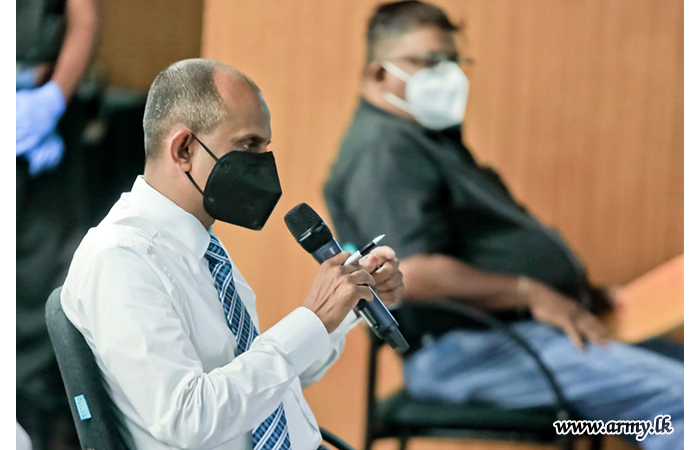 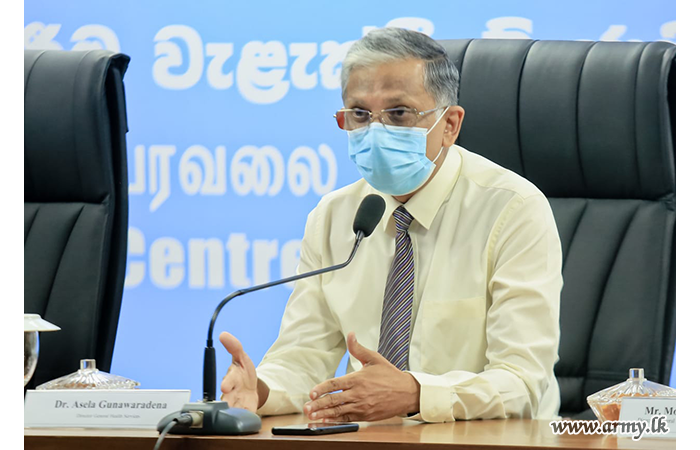