The Warrant Officer 1 Dinesh Priyantha Herath of Gajaba Regiment (GR) , Gold Medalist in Paralympic Games - 2020 in Tokyo, Japan, together with the Bronze Medalist, Corporal Dulan Kodithuwakku of Sri Lanka Corps of Military Police( SLCMP) and his team was just as happy to return home on Tuesday (7) evening to a warm red carpet welcome at the Colombo Bandaranaike International Airport saluted by a gathering of Ministers, Senior Army Officers, Sports Ministry officials and distinguished invitees.

The Warrant Officer 1 achieved his dream of winning the Gold Medal in the Javelin Throw in the just -ended Paralympic Games in Tokyo and became a world class athlete while bringing honour and admiration. Due to the prevailing epidemic threat, only a restricted number of invitees were at the airport. Representing the Commander of the Army General Shavendra Silva, the Chief of Staff of the Army, Major General Priyantha Perera along with few senior officers were at the venue.

The Tokyo Paralympics-2020 featured around 4,400 athletes competing in 539 medal events in 22 sports over the course of the Games. Six athletes from Sri Lanka and two of them got direct qualifications while only woman competitor Kumudu Priyanka qualified by Universality place for the Tokyo Games. Sri Lanka’s Paralympians have made giant strides since making their debut in Atlanta1996 , winning two bronze medals through athletes Pradeep Sanjaya (London 2012) and Dinesh Priyantha Herath (Rio 2016). 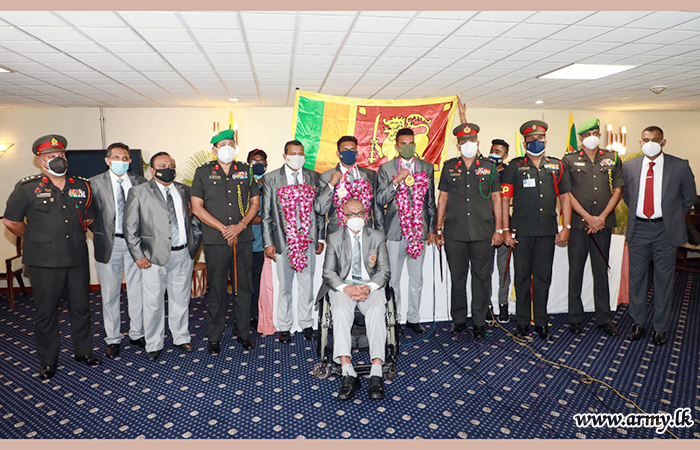 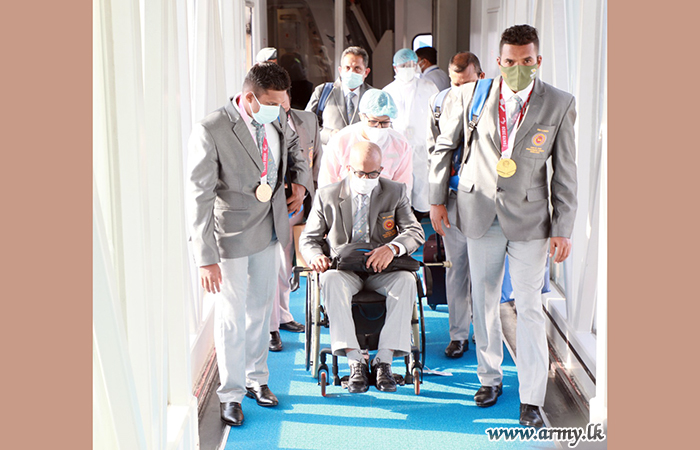 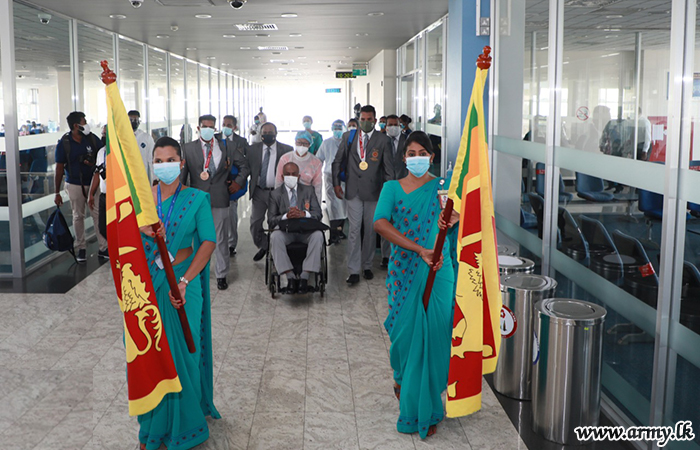 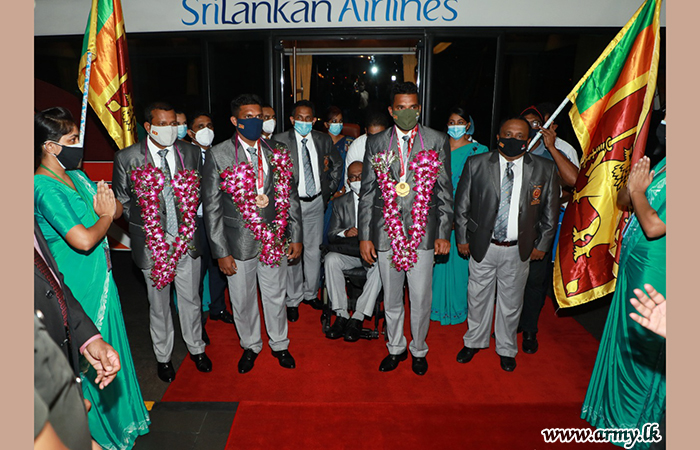 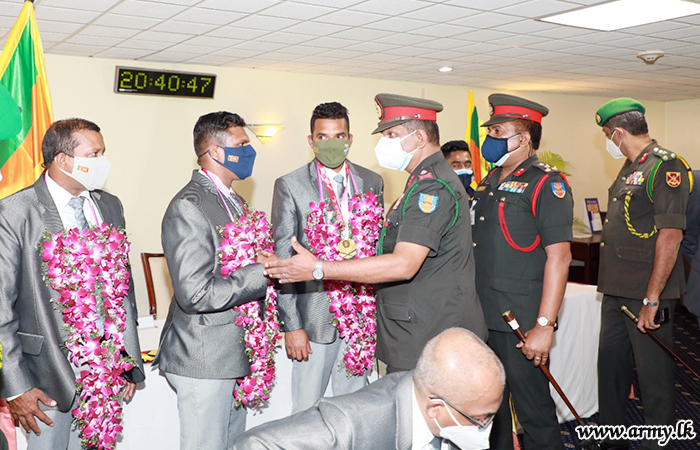 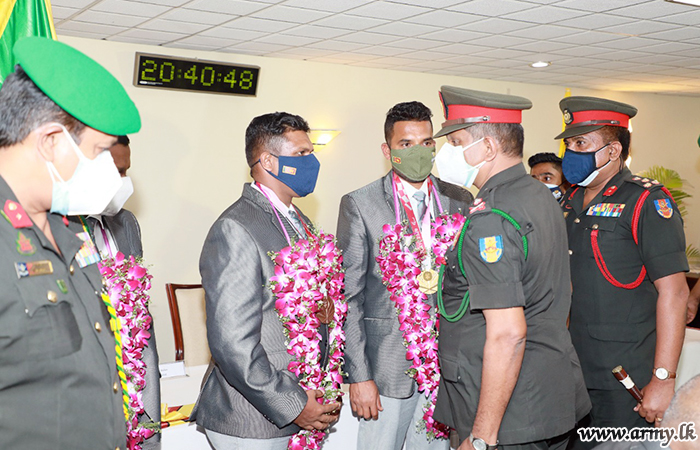 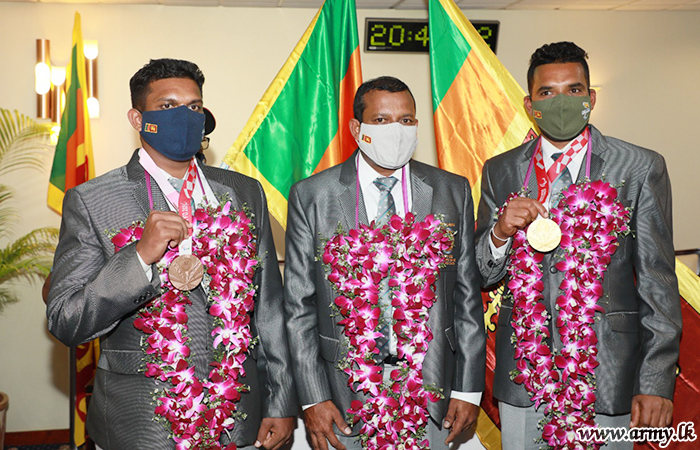