7 Vijayabahu Infantry Regiment (VIR) troops of the 543 Brigade under the 54 Division during small hours on Monday (11) apprehended two suspects, transporting a stock of 1150 kgs of smuggled raw turmeric in a lorry at a road block on the Mannar bridge.

The stock was allegedly being taken to Eravur by those two suspects when the troops on suspicion searched the lorry around 1.30 a.m. on Monday (11). Both suspects and the contraband were handed over to Mannar Police for onward investigations.

Meanwhile, 8 Vijayabahu Infantry Regiment (VIR) troops, together with intelligence troops of the 54 Division HQ in Mannar apprehended 483 kgs of smuggled turmeric during a search in the general area of Kondachchi in Mannar on Saturday (9).

No suspects were arrested and the worth of the contraband exceeds Rs 2 million at market value. Troops detected a boat engine, one oil can and one motor bike and handed them over to the Police.

Army, Navy and Air Force troops throwing their full-weight behind the government’s all-out war against narcotics, drugs and smuggling of contraband have in the past few days recovered drugs, turmeric and other contraband from Mannar and elsewhere. 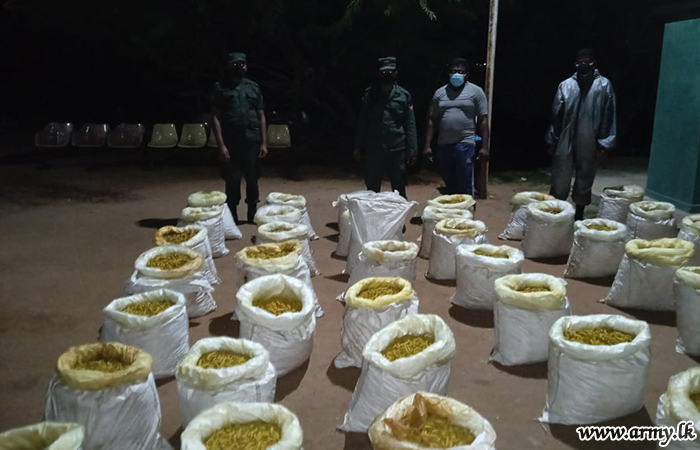 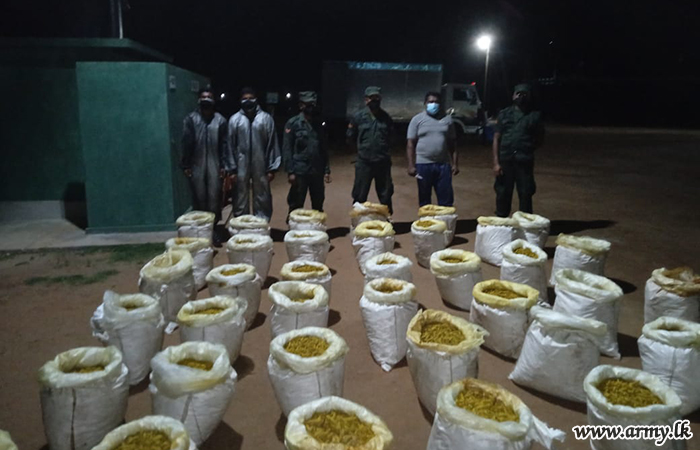 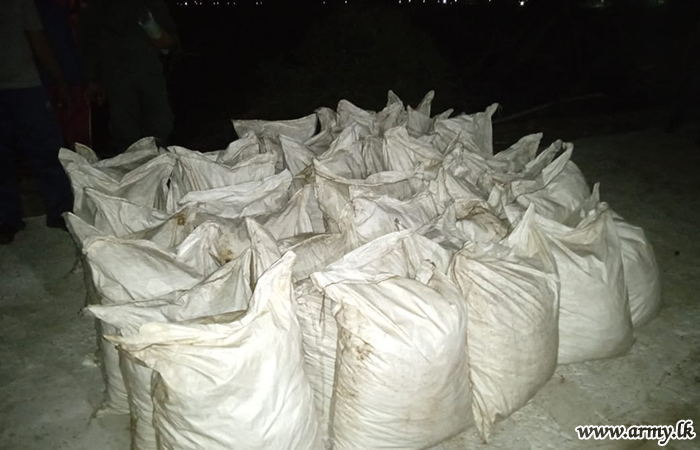 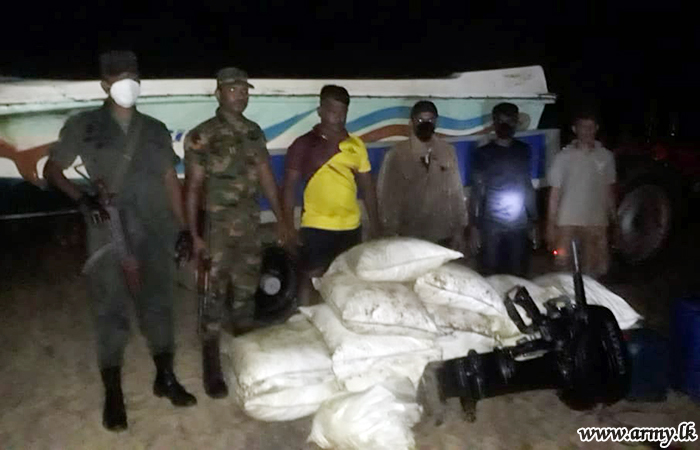 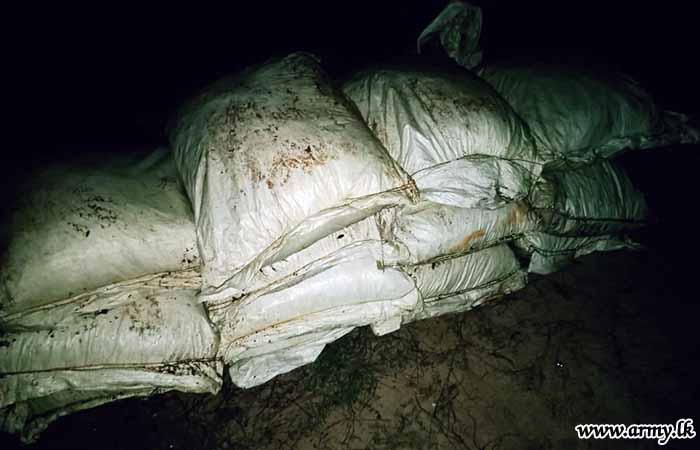 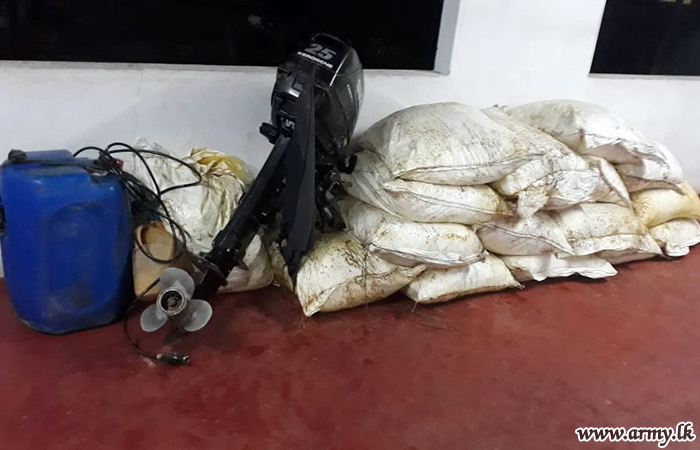 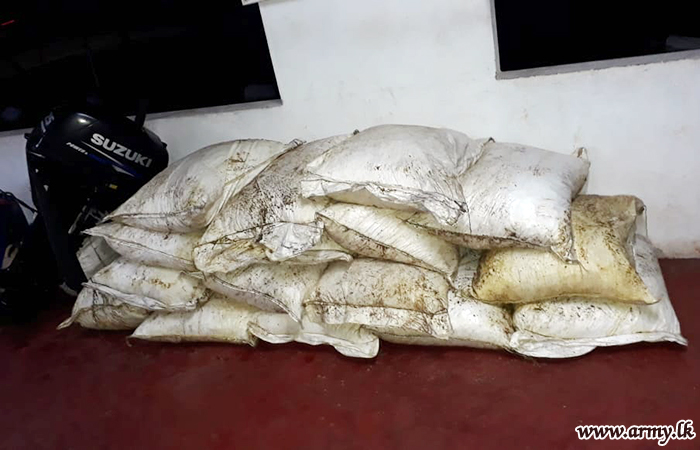