Major General Shavendra Silva has been appointed as the 53rd Chief of Staff of the Sri Lanka Army, announced the Military Secretariat on Wednesday (9). He succeeded Major General Dampath Fernando who retired from the service a few days ago.

Major General Silva was serving as the Adjutant General at the Army Headquarters and Colonel of the Regiment, Gajaba Regiment before he was appointed as the Chief of Staff, the second highest office in the Army. During his exemplary career of more than 34 years, he has held a number of key appointments in the organization and has made a name for himself as one of the few battle-hardened Army warriors who was at the front of the battlefield and defended the country's territorial integrity, together with his troops before May 2009. He is also one of the few to be awarded one of the highest gallantry medals, Weera Wickrama Vibushanaya (WWV) in recognition of his contribution to the war for peace.

Major General Shavendra Silva WWV RWP RSP VSV USP ndc psc is currently the Adjutant General and Colonel of the Regiment, Gajaba Regiment of the Sri Lankan Army. A proud product of the Sri Lanka Military Academy, he was enlisted on 5 March 1984 to the Regular Intake 19. He has had an illustrious career from the rank of Second Lieutenant to Major General, covering all the salient appointments in his military career. Major General Silva has fulfilled all the three significant streams of any military discourse, namely an instructor, a staff officer and a Commander, which in combination is a rare fulfilment of an Officer.

He also has held all Command appointments that an infantry Officer could hold ranging from that of a platoon commander to the General Officer Commanding of an Infantry Division. He has also been the Head of the Presidential Security Army Unit at the President’s House in 1987 to His Excellency, the President J.R. Jayawardena. He commanded the 58th Division and the Commando Brigade during the Humanitarian Operations and he also commanded the 53rd Division which is the Reserve Strike Force and also commanded the Air Mobile Brigade.

Major General Silva commanded three Infantry Battalions during the crucial period of the Sri Lankan Military. He had held key staff appointments in the Military Secretary's Branch, the Directorate of Plans, the Directorate of Training and as the Staff officer to the Security Force Headquarters, Jaffna. Soon after the Humanitarian Operation was over in the year 2009, he was appointed as the Director General Operations at the Army Headquarters & also was appointed as Colonel Commandant of the Commando Regiment.

Major General Silva in his instructional capacity was the Commanding Officer of the Sri Lanka Military Academy. Prior to that, during his young officer days, he had been a Course Officer to the Officer Cadet Intake 37 which included the first foreign Officer Cadet student batch, trained by the Sri Lanka Army. Major General Shavendra Silva is one of the highest decorated military officers with different varieties of medals and he was the first Second Lieutenant of the Sri Lanka Army to receive three different types of gallantry medals, namely WWV, RWP, RSP for the first time. He has been skillfully trained in diverse fields in the USA, Israel, Netherlands, Greece, Italy, France, Pakistan and India.

He is a graduate from the Harvard University in the United States and holds an MSc in Philosophy and in Defence and Strategic Studies in India. He has been trained and qualified in psychological operations by the United States Army. He is a graduate of the Defence Services Command and Staff College and holds a Diploma in personnel management. He is also an instructor to the International Humanitarian Law Course and a qualified physical training instructor.

Major General Shavendra Silva is an author of the proclaimed book, titled "Sri Lankan Identity since 2600 years", which was written to mark the 2600th Anniversary of the Buddha's Enlightenment.

In appreciation of his service, rendered to the nation, Major General Shavendra Silva was also awarded the “Sri Lankeshwara Aparadha Meheyum Visharadha Jothikadhaja Veeraparthapa Deshamanya Jathika Gourawanama Sammana Upadhi Sannas Pathraya”, and the “Veera Gajendra Sangramasuri Jathika Gourawanama Sannaspathraya” & “ Weerawickrama Deshabhani Wishwa Keerthi Sri Ranashura” (the most prestigious awards that a lay-person can receive) by all three sects of the Sri Lankan Buddhist order for true devotion to preserve the sovereignty and the territorial integrity of the motherland. Further, he was recently named and honoured as the “Mederata Abhimanaya” (Pride of the Upcountry) by eminent personalities in the central hill country of Sri Lanka. 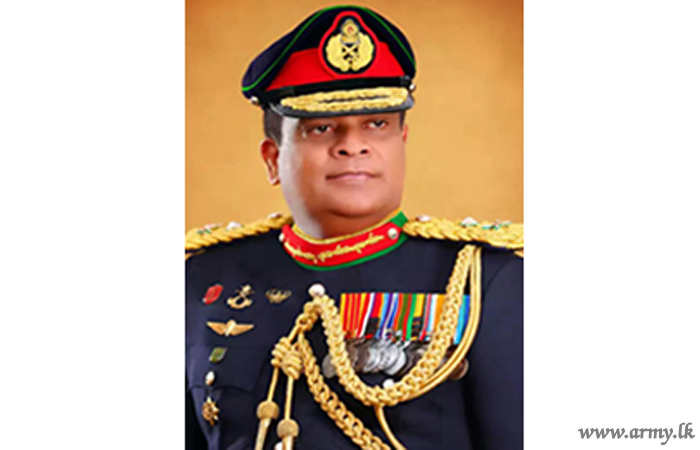