The newly-appointed Colonel of the Regiment on arrival at the premises was greeted to a Guard Turnout at the entrance to be later on welcomed by the SLNG Centre Commandant. After laying floral wreaths to the memory of fallen SLNG War Heroes at the monument, he was invited to receive the salute in the Guard of Honour at the regimental centre parade ground.

Afterwards, Major General Fernando added memories to his assumption of new office by planting an ironwood sapling before he addressed the troops. An all rank tea that followed culminated the brief ceremony. 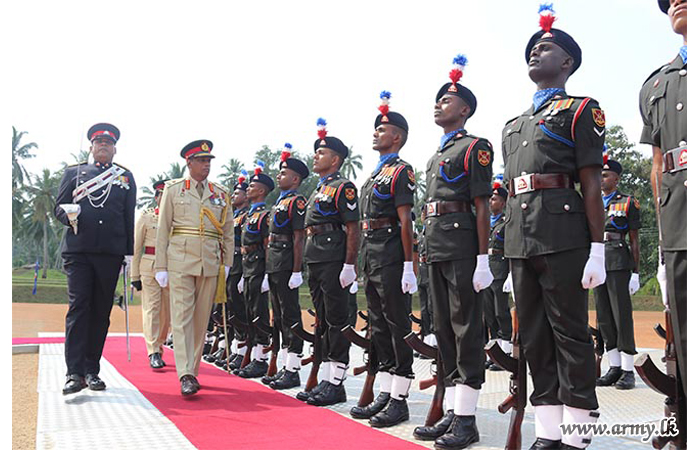