Sri Lanka Light Infantry (SLLI)-produced one of the proud Army soldiers, Major General Jayantha Gunarathna, former Commander of the Security Forces - Kilinochchi on the eve of his retirement was invited by the Chief of Defence Staff and Commander of the Army, Lieutenant General Shavendra Silva to his office at the AHQ on Monday (27) where the latter, heaped praise on the former’s more than three-decade long dedicated services to the Army and extended best wishes.

Lieutenant General Shavendra Silva during the brief interaction shared a few thoughts with the retiring Major General Jayantha Gunarathna and refreshed memories in relation to past battlefield gains and experiences. He also commended him for his contribution to the promotion of his SLLI Regiment and the Army in general while serving many key appointments with commitment.

The outgoing Senior Officer also thanked the Commander of the Army for his wishes and the thoughtfulness while noting the encouragement he received from the Army Chief in the performance of his duties. Towards the end of the interaction, Lieutenant General Shavendra Silva awarded a special memento to the retiree as a symbol of appreciation and commendation. The gesture was reciprocated. 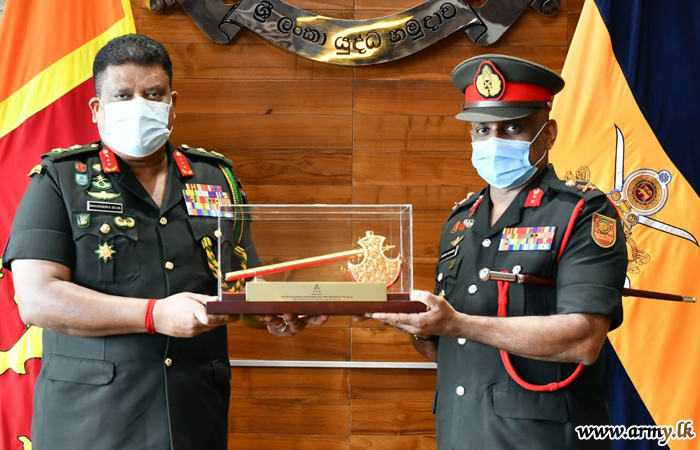 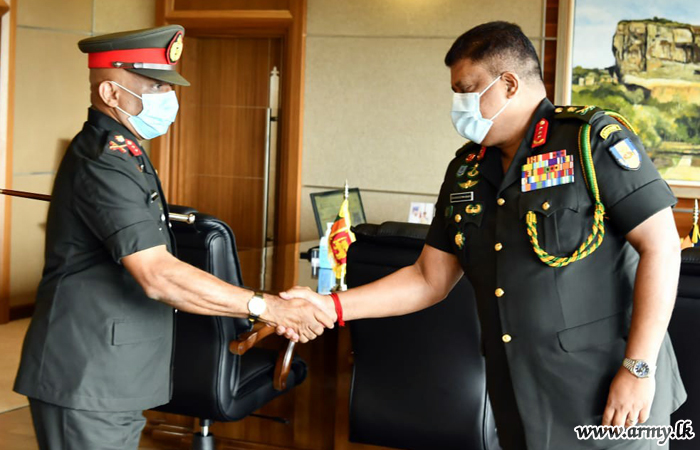 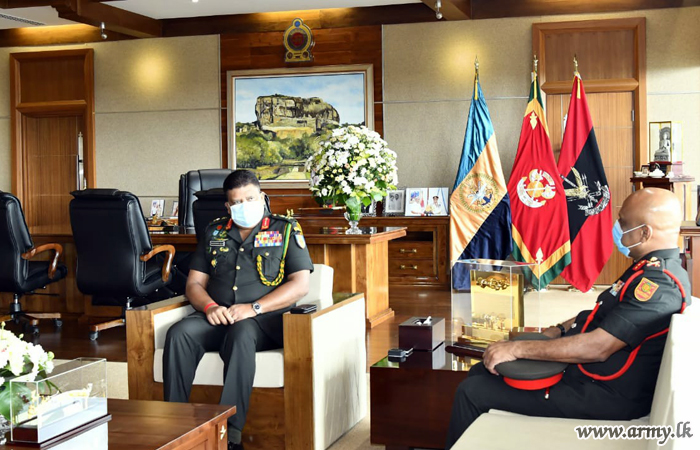 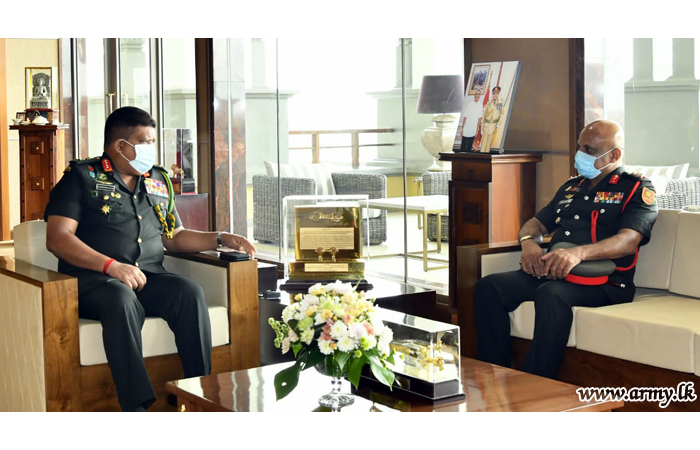 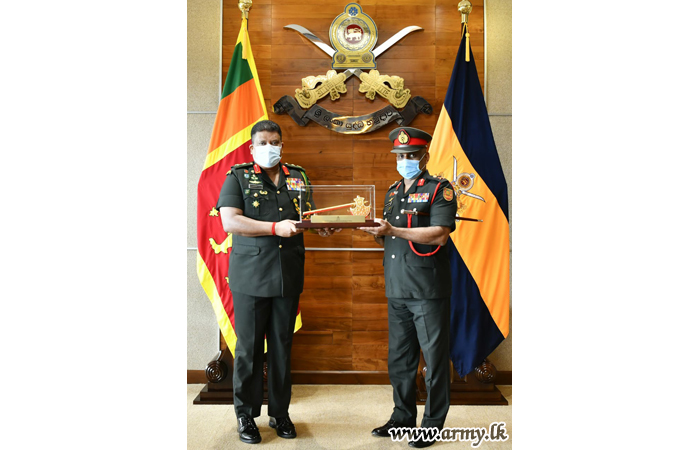 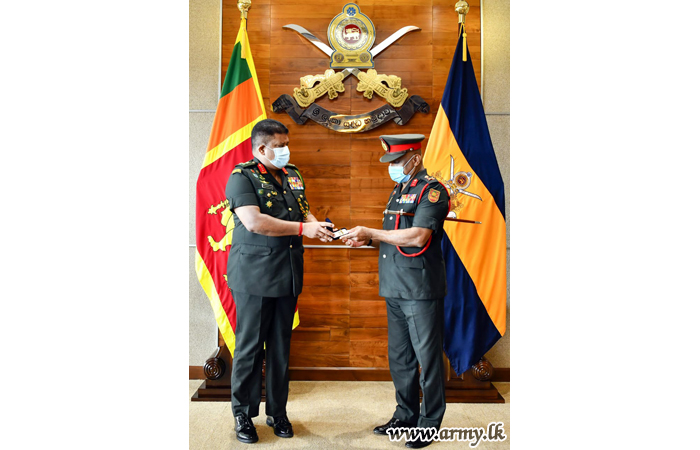 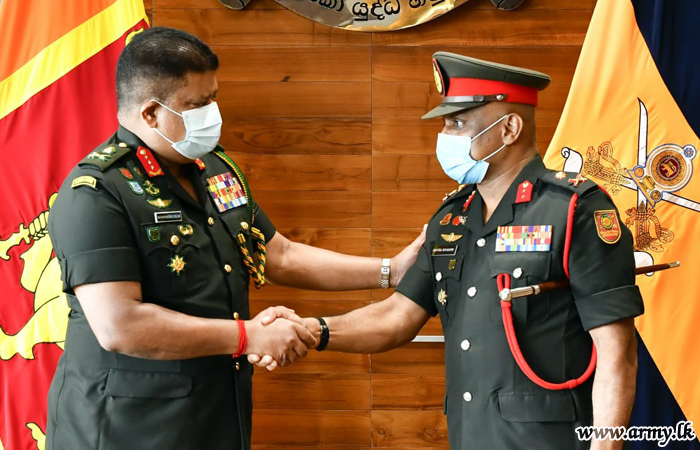