A formal military salute and a dignified ceremony at the Army Headquarters premises and the Commander’s office this morning (20) saluted the outgoing 22nd Commander of the Army, General Mahesh Senanayake in keeping with military traditions after he symbolically handed over the replica of the ornamental Baton to his successor, Lieutenant General Shavendra Silva, the 23rd Commander of the Army who was just appointed by HE the President Maithripala Sirisena, the Commander-in-Chief of the Armed Forces.

The outgoing Commander, flanked by riders and the escorting motorcade on arrival at the Army Headquarters, was received by the Colonel Pradeep Gamage, Commanding Officer, Headquarter Battalion, Army Headquarters at the entrance and honoured in a ceremonial Guard Turnout. Afterwards welcomed by Major General Jayantha Seneviratne, Adjutant General, the day’s Chief Guest was ushered to the special dais where he was invited by the parade commander to review the Guard of Honour salute, held in his honour by troops of the Sri Lanka Engineers. The colourful and magnificent occasion with reverberating melodies of the Army band was witnessed by a gathering of senior most officers and other invitees.

As the day’s significance reached its zenith, the outgoing Commander afterwards was ushered to the Commander's Secretariat, to be warmly received by the incoming Commander of the Army, Lieutenant General Shavendra Silva before both of them walked to the office of the Commander of the Army. Minutes afterwards, the outgoing General Mahesh Senanayake handed over the reins of his office symbolically to his successor, Lieutenant General Silva by presenting him with the replica of the Baton after signing a document to signify the relinquishment of office as the Commander of the Army after a landmark service, spanning a little more than two years. The gesture of handover of the Baton signifies the transfer of command in the military literature since the ornamental Baton represents the commanding authority that can only be exercised by an incumbent Commander of the Army and the symbolic replica, needless to reiterate, represents the most hallowed importance of the office of an Army Commander and the authority it commands over the organization.

Adding memories to the command of the organization, the outgoing Commander was also invited to unveil his photo in the Commander’s office a few minutes later. Towards the end of the traditional gesture, a representative gathering of Principal Staff Officers, Directors, Senior Officers, Officers and Other Ranks formed a ‘hats off’ street-line in front of the Commander’s office complex and bade adieu to the outgoing Commander who shook hands with those who remained lined up before he took leave of his office premises.

Lieutenant General Mahesh Senanayake, who became the Commander of the Army on 27th June 2017 as the 22nd Commander of the Army during his tenure of office, rendered a milestone service to the country, mobilizing his troops in times of all national needs, catastrophes and emergencies. In addition, he was instrumental in launching a multitude of national and organization-oriented projects both within the organization and outside in order to provide maximum benefits to the troops as well as to all countrymen, irrespective of ethnicity or religion. His outspoken nature and straightforward approach to all challenges won plaudits and received admiration.

During his tenure, the outgoing Commander of the Army, effectively deployed his troops to contain communal violence, upsurge of Islamic terror activities, arrest of terrorist elements and promote ethnic reconciliation, humanitarian welfare projects, construction of new houses for the needy, rescue and relief assistance for victims in more than two worst-hit flood disasters, landslides and other natural disasters by conducting immediate relief operations. He pioneered the reputed 'Thuruliya Wenuwen Api' Wilpattu reforestation project which reached national levels and worked tirelessly to transform the Army to be a 'capacity-based one' by producing a 'strategic corporal'. He set apart one third of the Army for security, another one third for Nation-building and the remaining for administration while trying to 'right-size' his esteemed outfit which came in for profuse praise again when moved to contain the most recent terrorist threats.

His dedication to re-dig and renovate about 500 dilapidated or abandoned water tanks across the island to turn areas more agriculturally cultivable is another ongoing project which has drawn immense public support. During his tenure, the Army had to perform a tremendous amount of post-disaster relief work and other duties which brought normalcy to the society. He also threw his full weight behind all ongoing national projects island-wide, such as Dengue control, Reconstruction of houses, resettlement projects, etc while working closely with other stakeholders in government and private agencies. His contribution to improvement of infrastructure facilities, enhancement of overseas travel and training facilities for Regimental Sergeant Majors, increase of allowances for soldiers. Lieutenant General's commitment to national projects, such as reconstruction of old or damaged buildings, construction of housing schemes, promotion of athletics and sports, revival of ancient martial arts, like 'Angampora', improvement of academic standards within the organization, numerous civil-military projects, improvement of foreign relations and opening of more foreign training slots, welfare of soldiers by increase of allowances and facilitating them for better accommodation, etc are among a few of such landmark projects which have carved a niche for himself in the annals of the Army history.

This most senior Army Officer is an amiable and outspoken character and has etched a name for himself among all tri-service personnel and the public as someone who had the highest respect for his seniors and cooperated with everyone who sought the Army assistance. General Senanayake, who has wide-ranging experience in various command, staff and instructional appointments was overseas when he was invited to assume as the 22nd Commander of the Army. 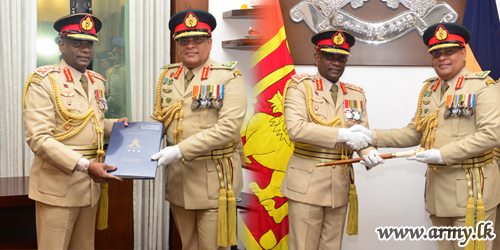 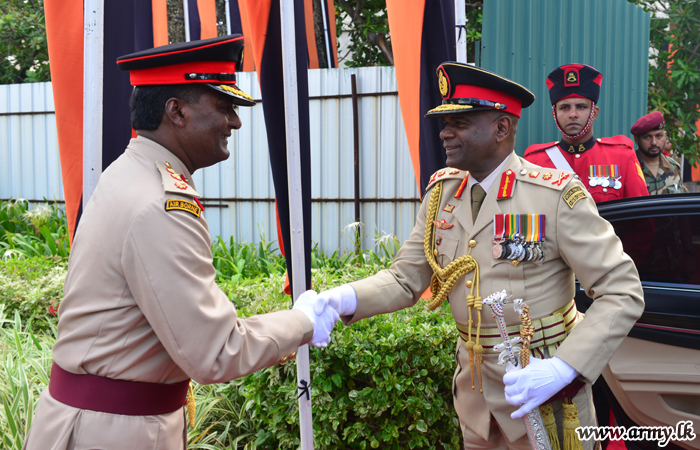 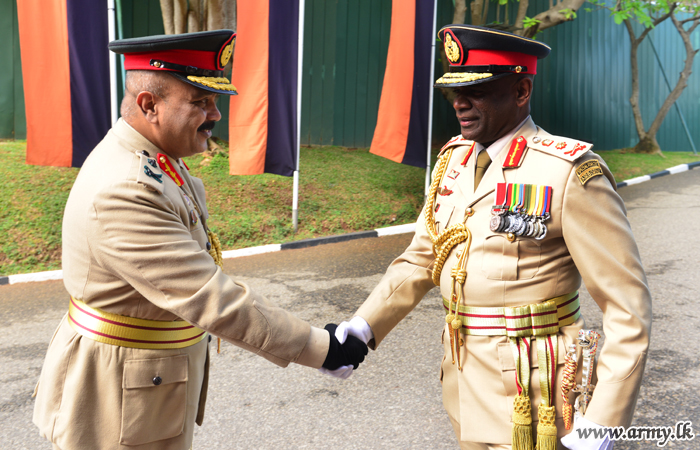 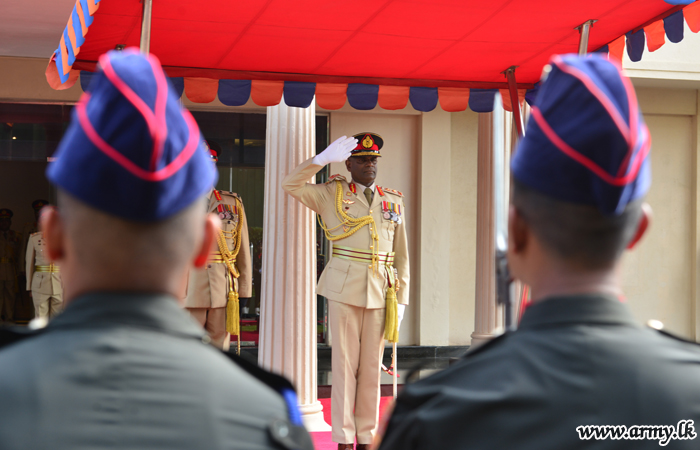 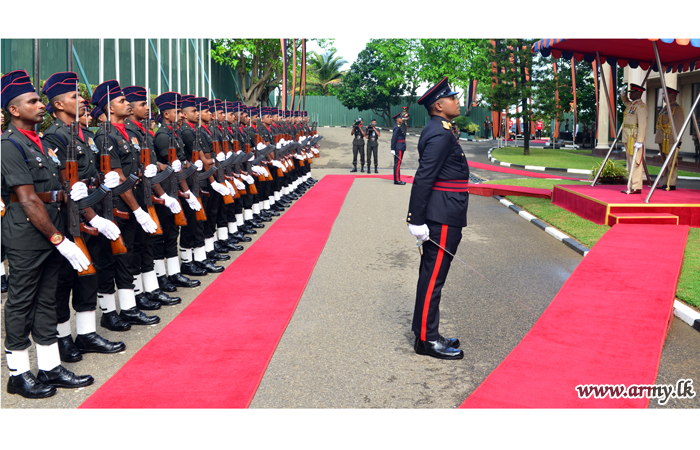 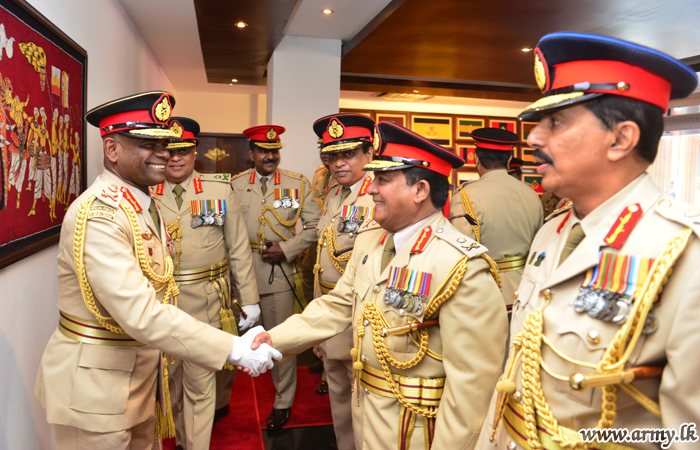 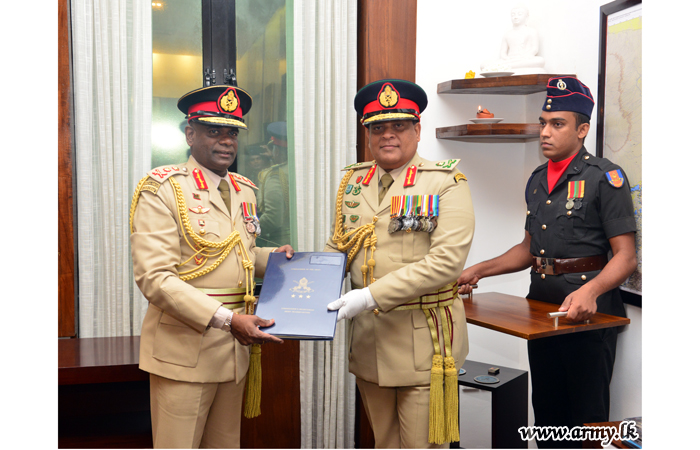 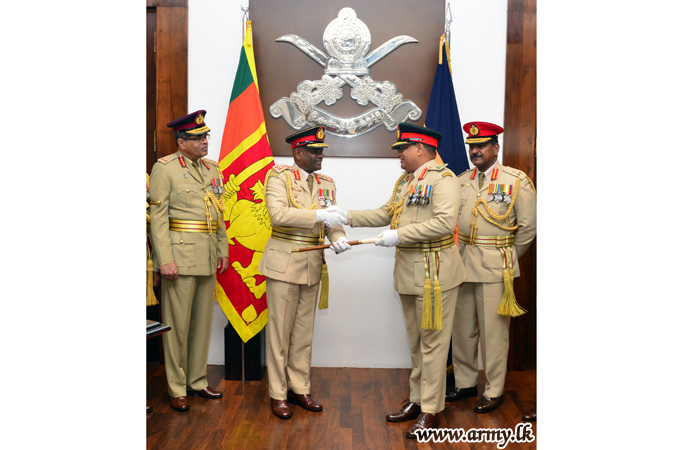 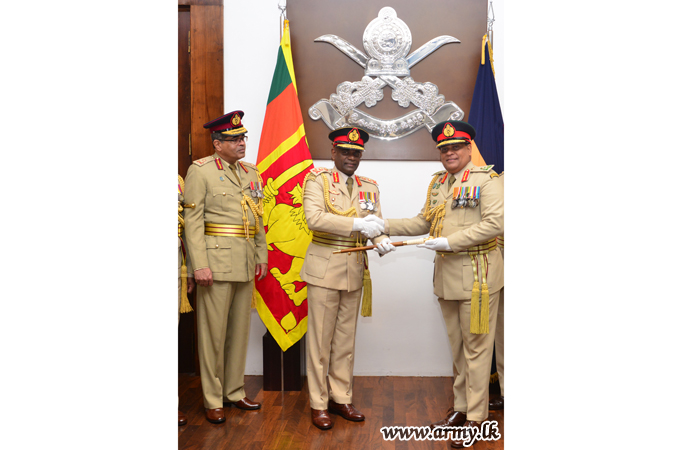 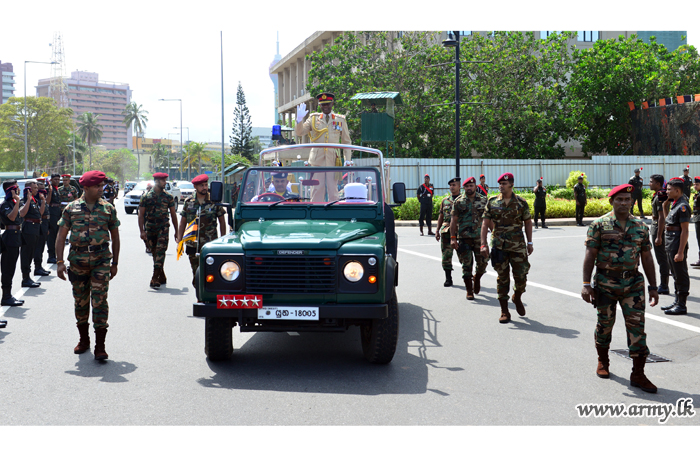 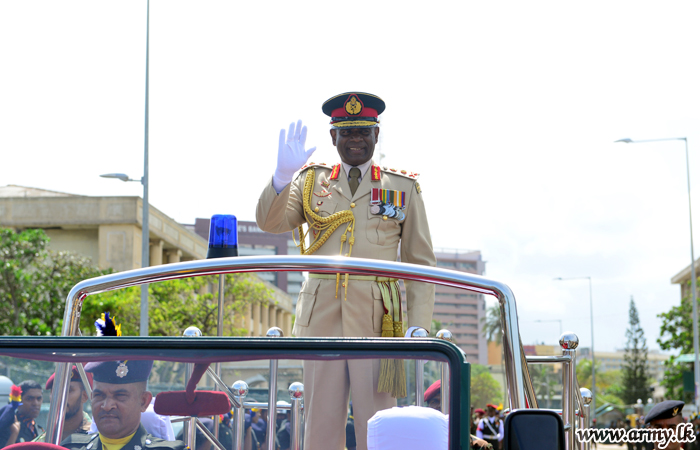