Today marks the 28th death anniversary of late Lieutenant General Denzil Kobbekaduwa, one of the most admired and finest War Heroes in our contemporary history. Lieutenant General Denzil Kobbekaduwa along with several other military leaders made the supreme sacrifice when LTTE terrorists activated a blast against their vehicle on 8th August 1992 at Araly point in the Jaffna peninsula.

Lieutenant General Denzil Kobbekaduwa, an old Trinitian, joined the Sri Lanka Army on 25th May 1960. After the basic military training at the Army Training Centre, he left for Royal Military Academy, Sandhurst, UK for further training and was commissioned to the Sri Lanka Armoured Corps as a Second Lieutenant on 03rd August 1962. The formal commemoration takes place today (8) at his statue in the heart of Anuradhapura town. 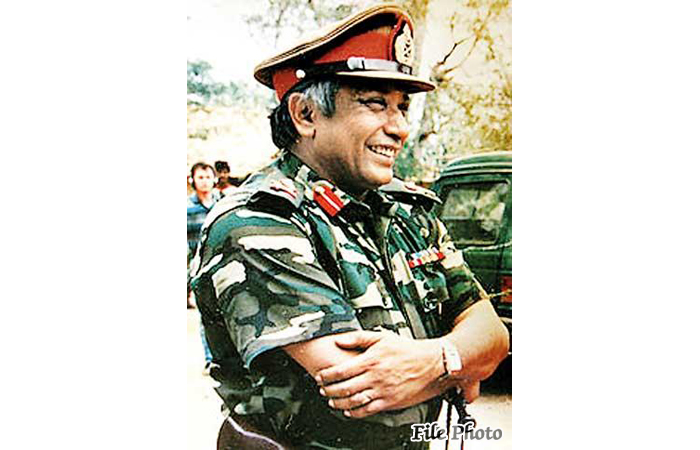