The brief ceremony saw HE the President upon arrival at the historic 'Uposhithagaraya' make offerings to the Buddha at first and pay obeisance to the Maha Nayake Thero before the Sangha Council presented the objective for the day's gathering as a formality and the reasons, attributed to the conferment of this distinguished honour on HE the President, just a day after the dawn of the New Year at this historic sacred place. Afterwards, the citation for award of the honorary title as unanimously agreed upon by members of the supreme Sangha Council at Kotte was read out before the parchment containing the honour was formally handed over to HE the President.

HE the President reciprocated the gesture and gratefully acknowledged the decision of the supreme Sangha Council to honour him with the distinguished 'Sri Lankadheeshwara Padma Vibhushana' honour of Kotte Sri Kalyani Samagri Dharma Maha Sangha Sabha in a brief address and assured that he would always be guided by advice of the Maha Sangha, attaching greater significance to the protection of the ' Buddha Sasana'. 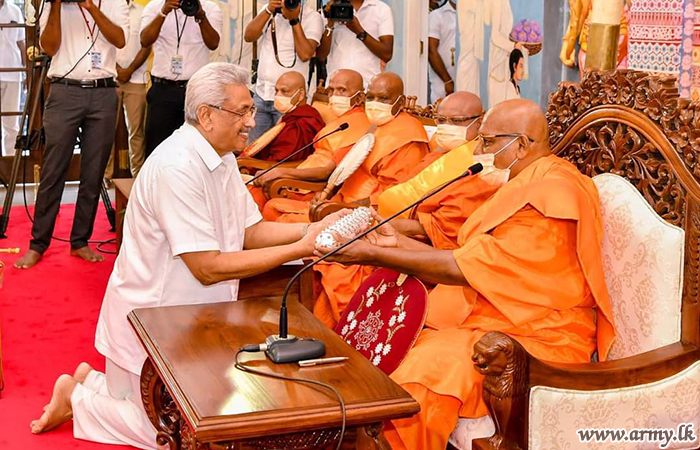 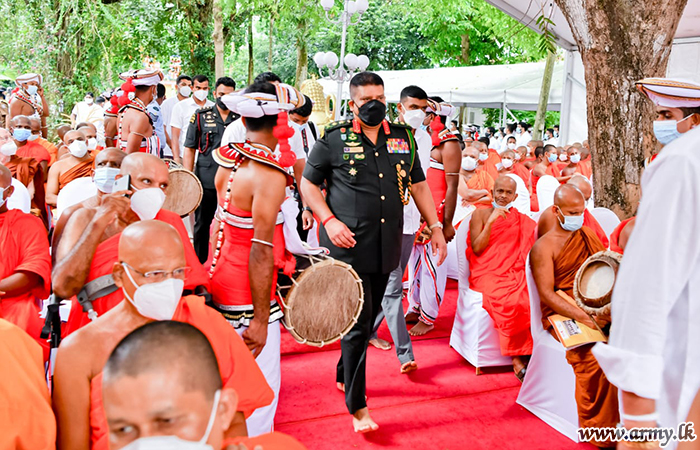 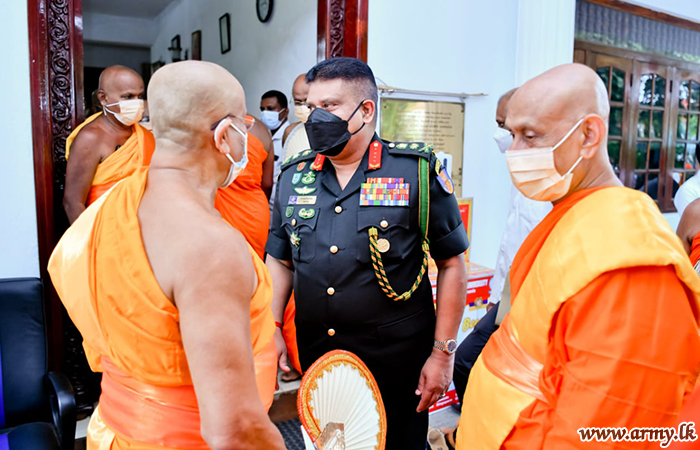 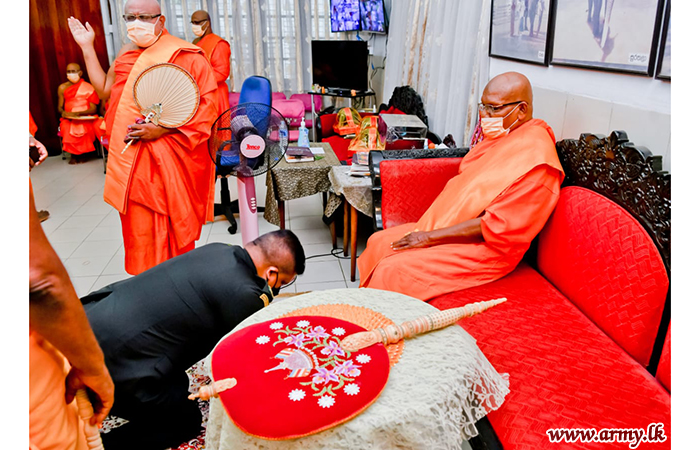 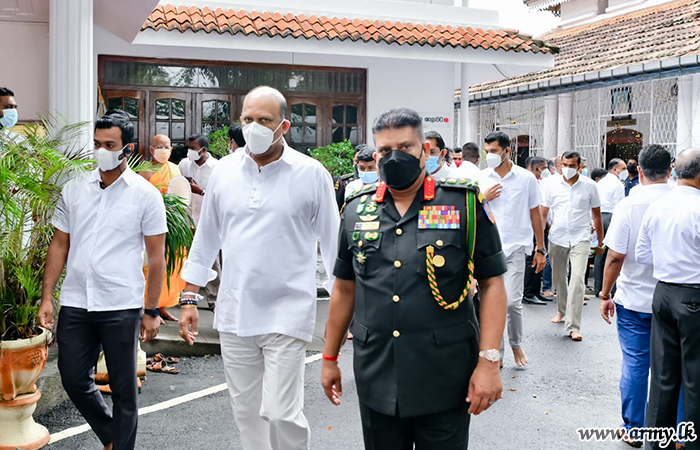 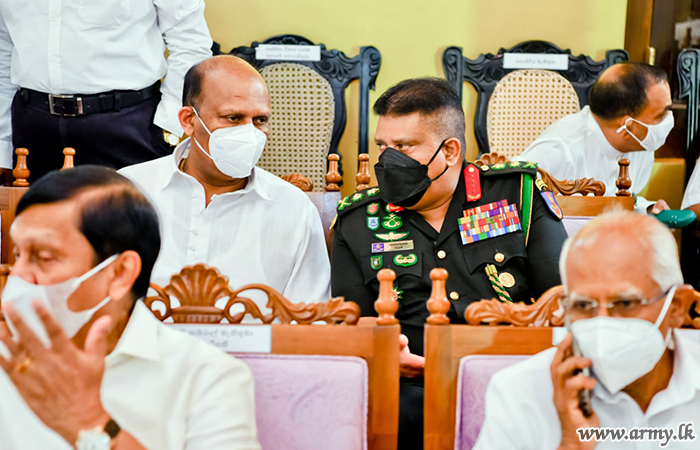 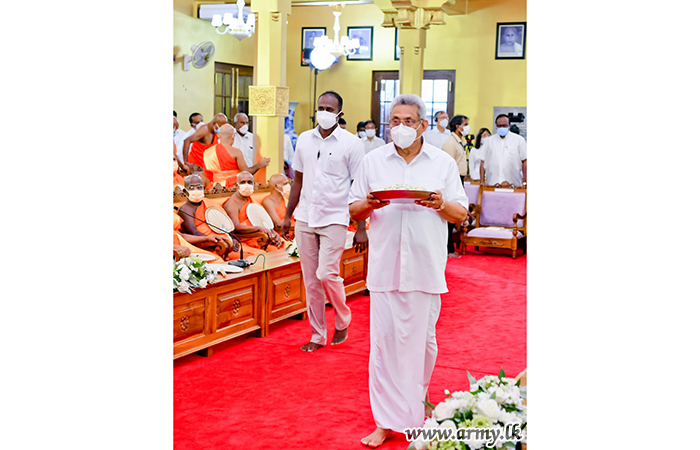 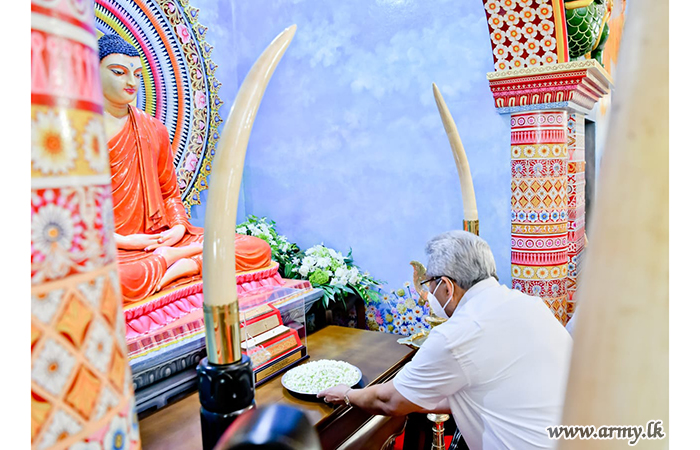 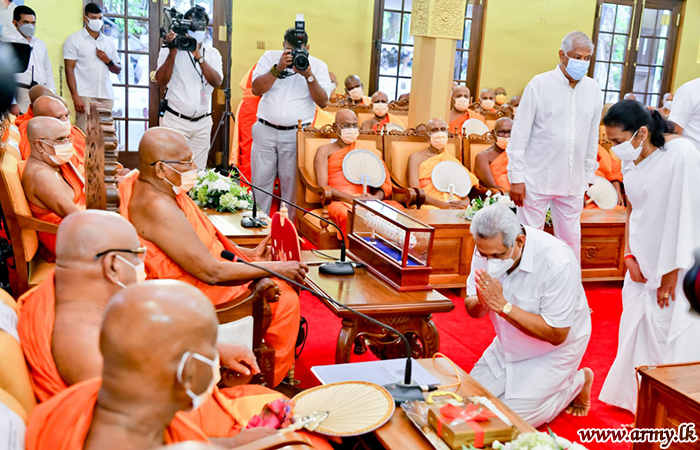 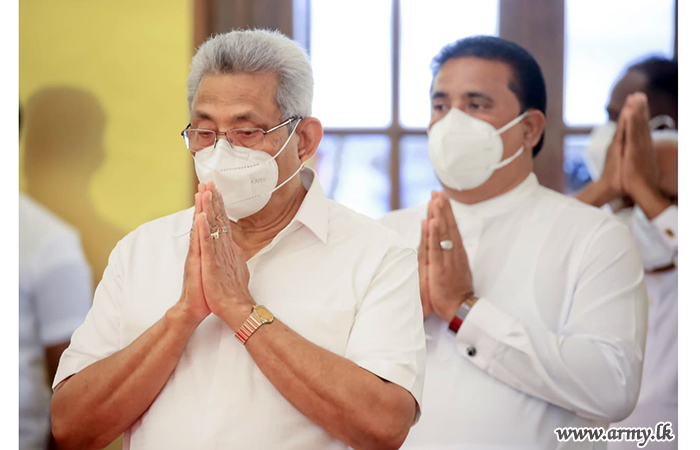 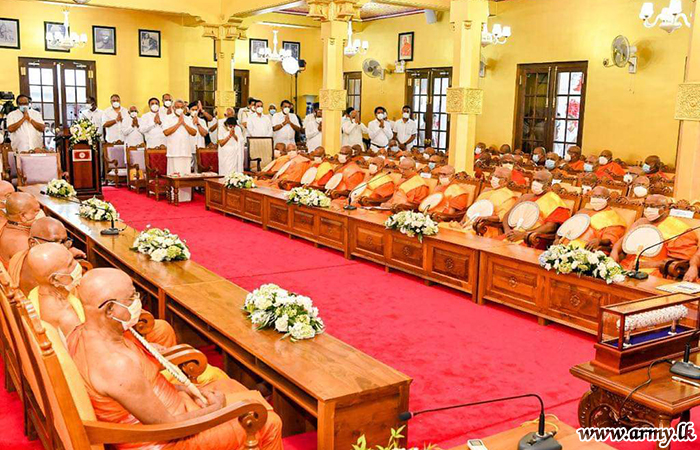 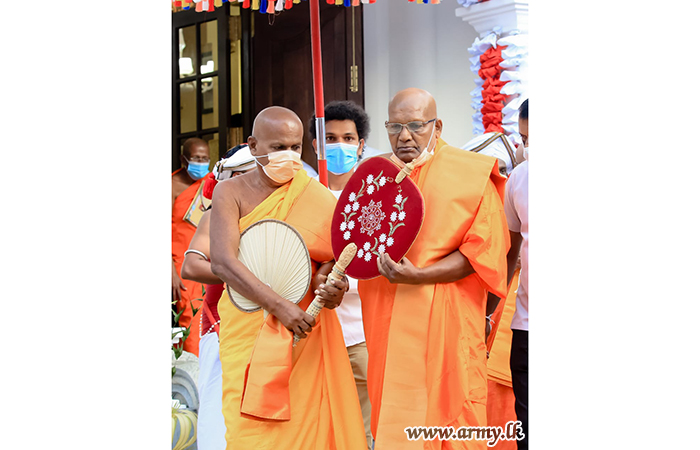