In response to a request made by Major General Vijitha Ravipriya, Commander, Security Forces - Kilinochchi, the association, called ‘Wethara Ape Kattiya’ in Polgasowita donated a stock of spectacles to the needy in Kilinochchi during an eye clinic organized at the ‘Nelumpiyasa’ auditorium on Saturday (12).

This community-oriented project was assisted by a 15-member medical team of the ‘Wethara Ape Kattiya’ and arrangements were organized under the guidance of Brigadier General Staff of the Security Force Headquarters - Kilinochchi, Brigadier P.M.L Chandrasiri.

The brief inaugural ceremony followed the conduct of the eye clinic, which selected 115 visually-impaired students and teachers, out of 178 patients who sought consultations from the clinic. In the meantime, 10 parents of Army personnel and 04 civil employees in the Army also received consultations during the mobile clinic.

Senior Officers, Civil Affairs Officers, Officers, Other Ranks of the SFHQ-KLN and civilians were associated with the programme. 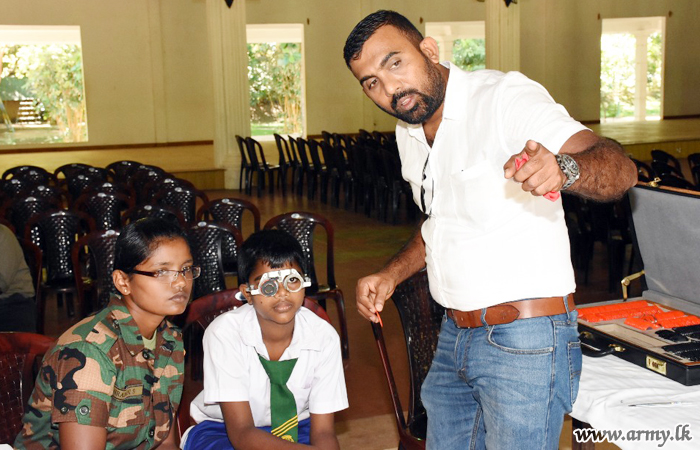 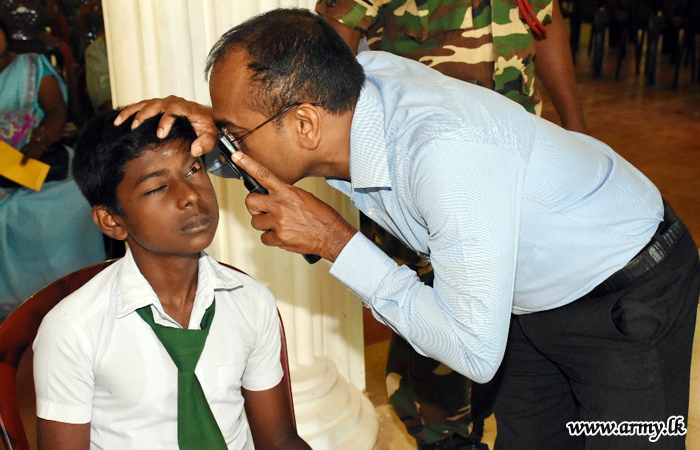 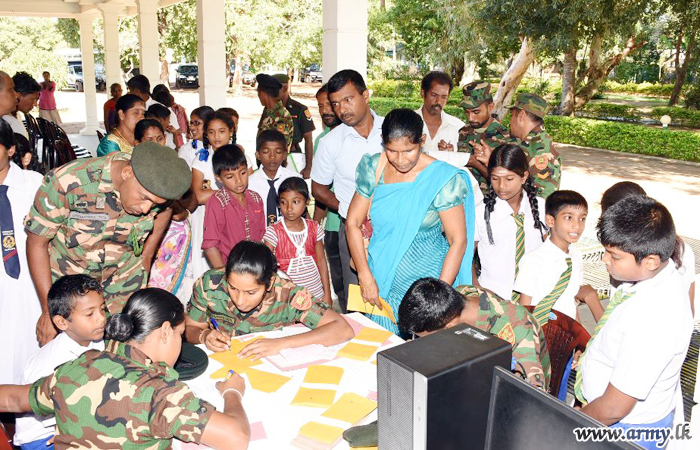 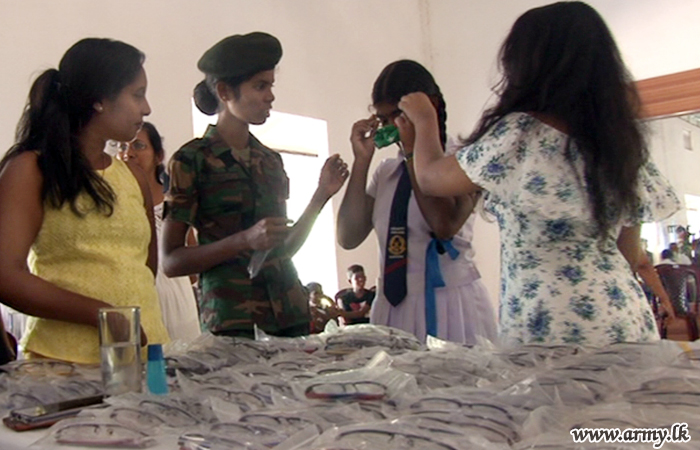 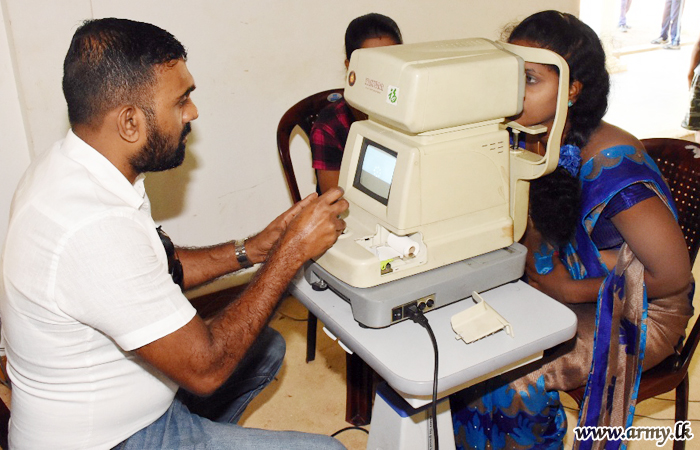 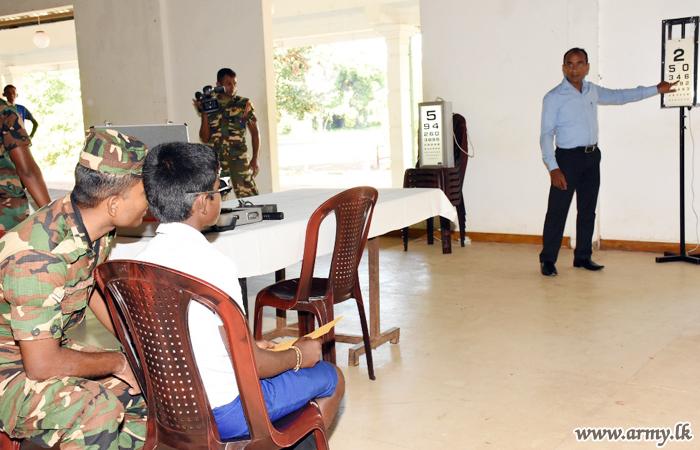 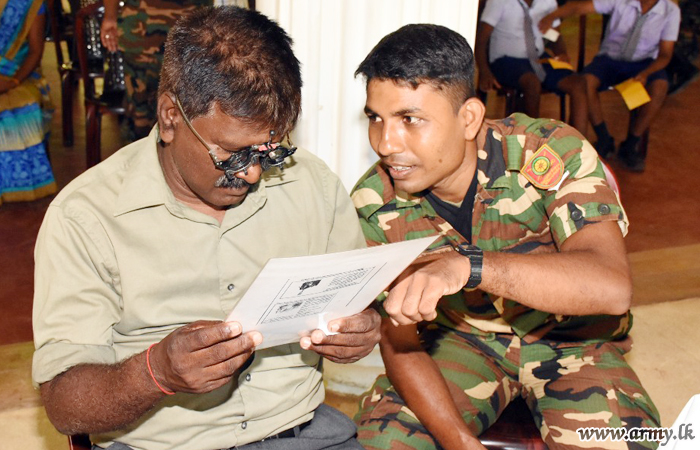 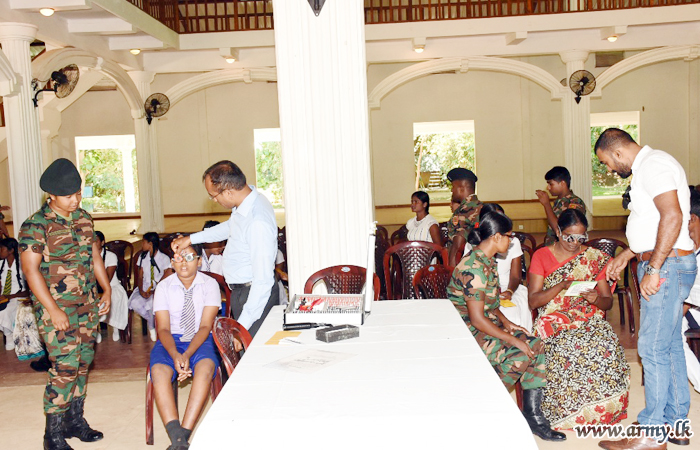 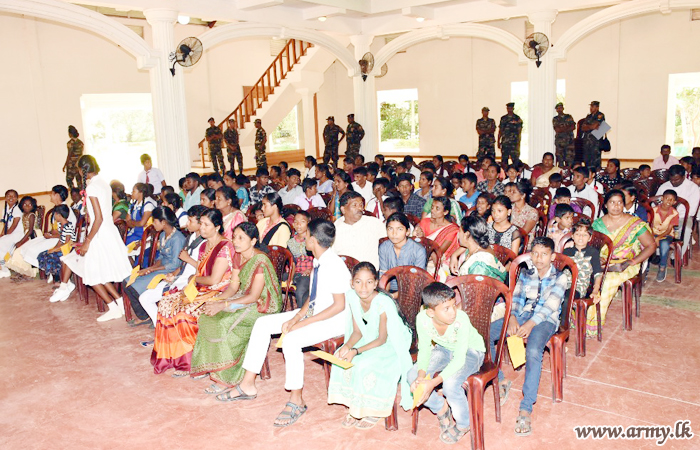 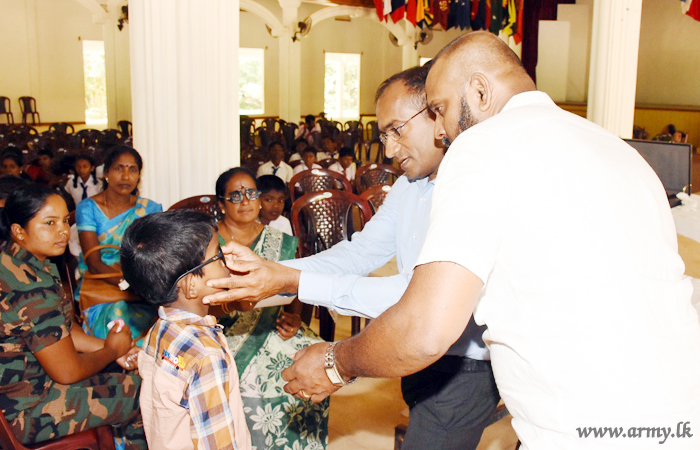 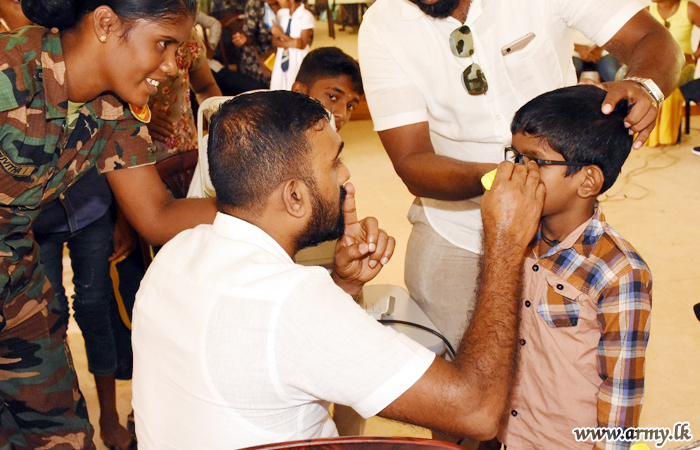 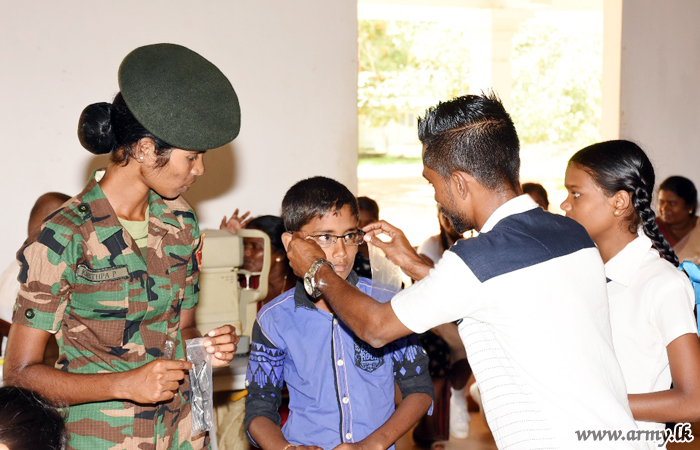