During the visit, the Commander Security Forces – Kilinochchi opened the newly-built Officers’ Mess in the 66 Division Headquarters and planted a tree sapling to remember his visit.  During the same itinerary, the Commander visited the Arasapuram Training School and addressed the troops.  He also observed a crowd disposal display presented by the troops of 5 Gajaba Regiment at the venue. 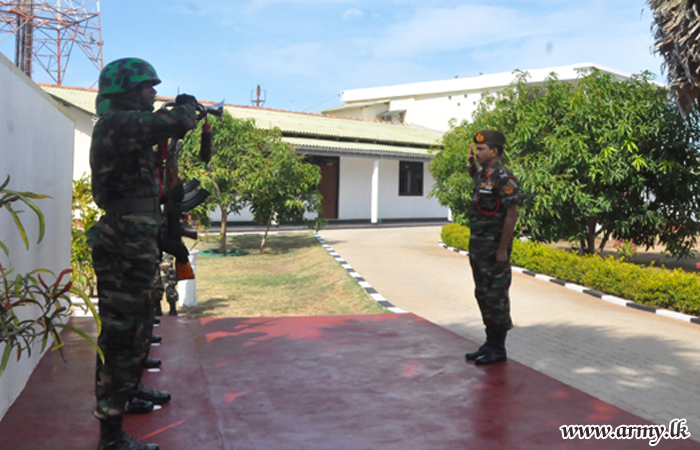 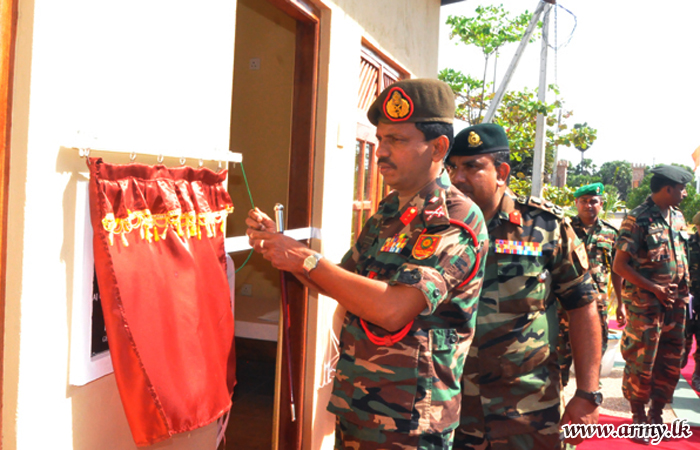 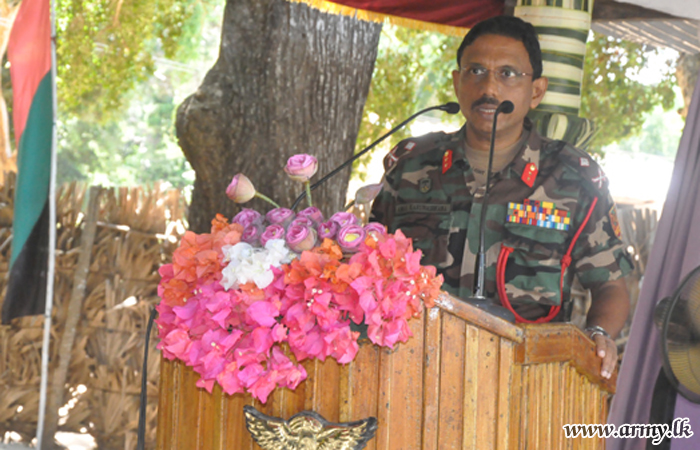 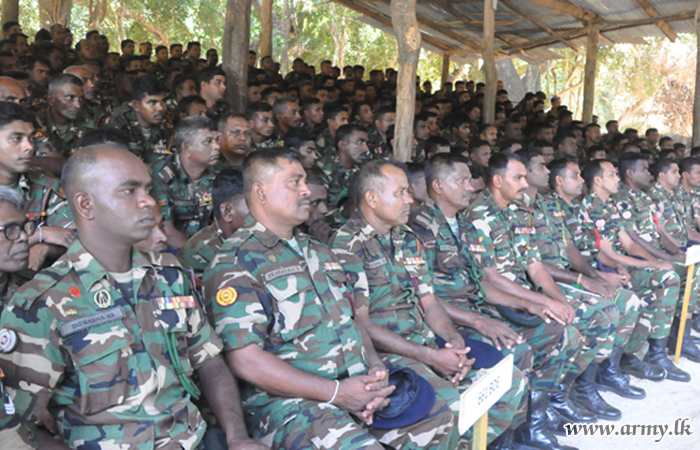 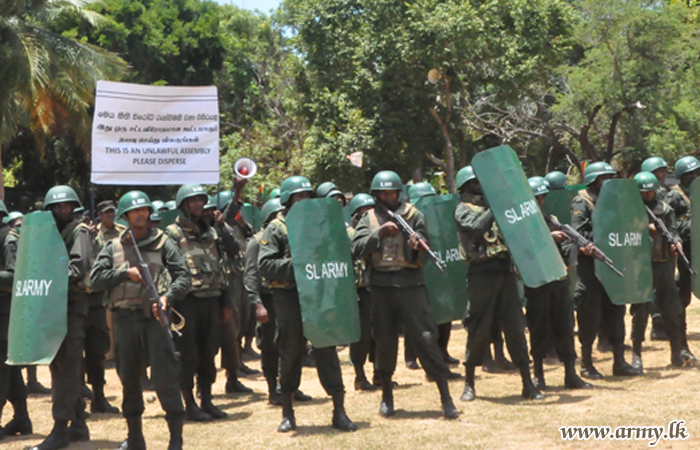 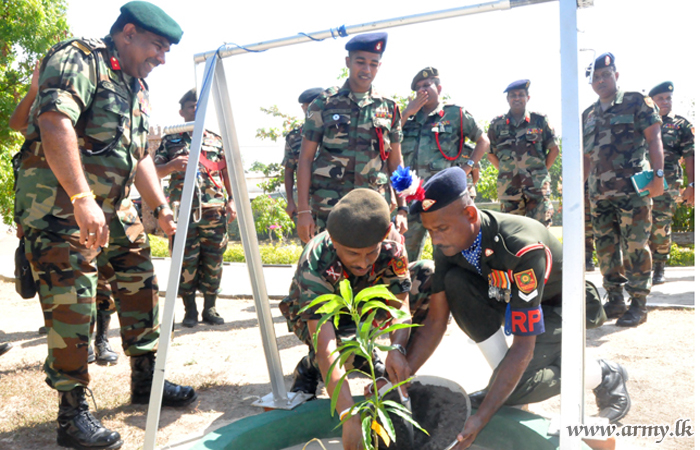