Medical professionals from the Kandy Teaching Hospital contributed to the programme and touched on medical issues as well as domestic issues, related to the day-today life of the troops in general. It was held on Monday (21).

The programme, consisted of comprehensive lectures on Birth control, Family planning and Domestic violence in addition to matters, related to non-communicable diseases prevalent among some of the troops.

The programme, designed to screen soldiers for chronic Non Communicable Diseases (NCD) organized a lecture for 45 officers and other ranks who are over 30 years of age during the arrangement. 2 (V) Sri Lanka Army Medical Corps (SLAMC) assisted the conduct of the programme. 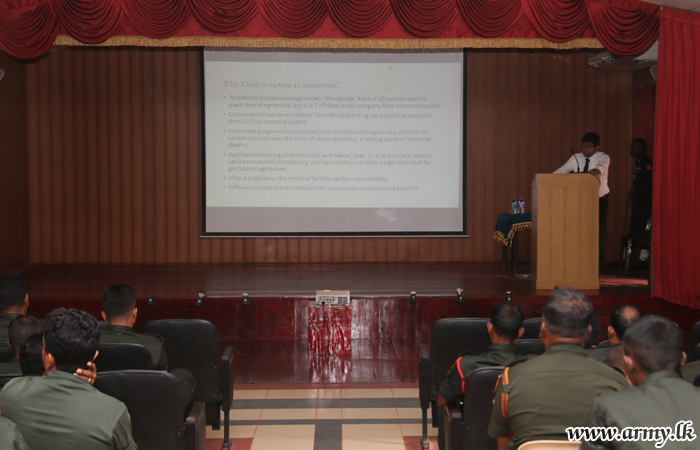 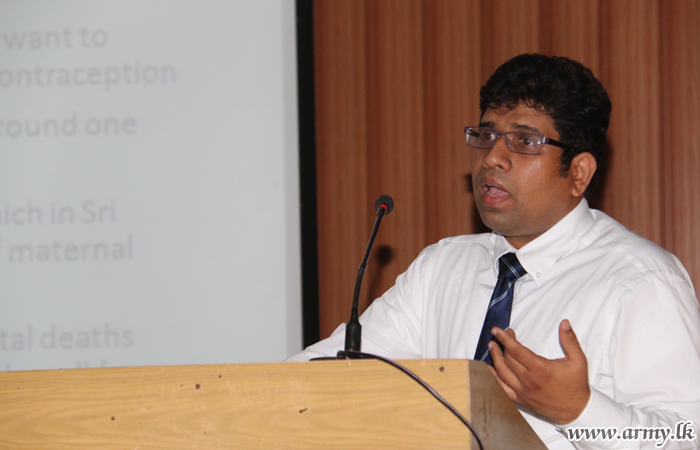 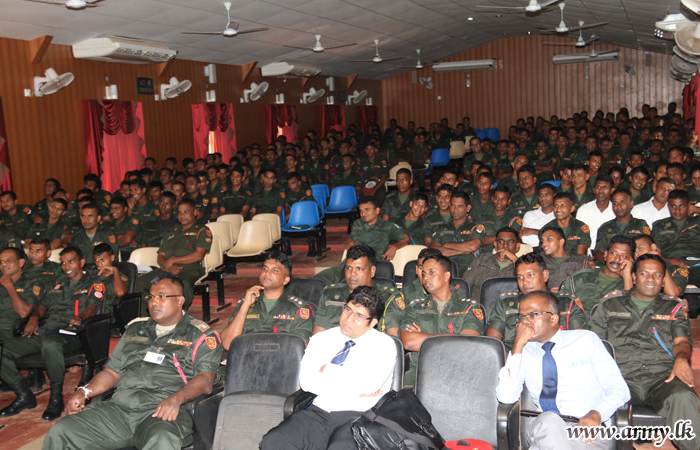 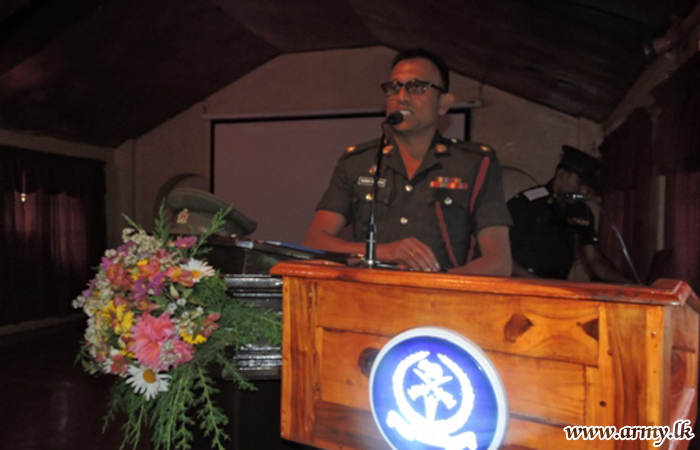 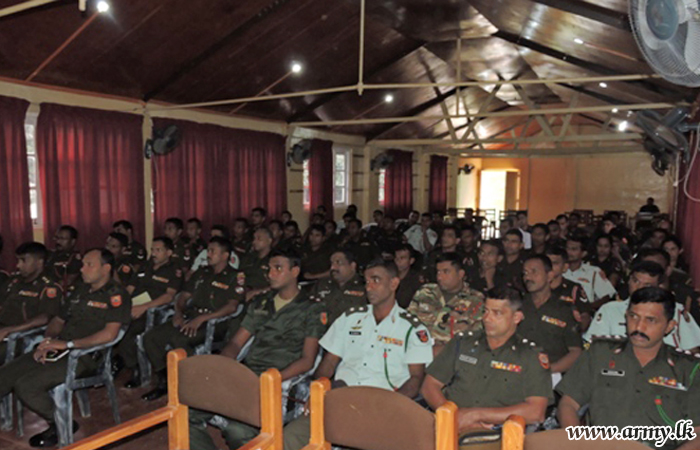