The widow of a low-income group family resident in the general area of Vinghanakulam, Kanagarayankulam was among one more recipient of an Army-built new house thanks to the sponsorship given by one Sri Lankan expatriate, domiciled in Australia.

16 Sri Lanka Sinha Regiment (SLSR) troops of the 561 Brigade under the 56 Division of the Security Force Headquarters - Wanni using their technical expertise offered their manpower and built this new house to the desperate Tamil woman in the area.

After reports confirmed that the desperate widow, Mrs Sanjeewan Kumuduni with children was leading a hand to mouth life without a proper shelter, 561 Brigade troops decided to erect this house with financial sponsorship received from Mrs Sujeewa Dasanayake in Australia. The warming ceremony of the house coincided with the 72nd Army Anniversary.

This project was coordinated by Major General A.A.D.N.S Dunuwila (Rtd) and Mr Ajith P Rambukkana, under the guidance of the General Officer Commanding, 56 Division and under the supervision of the 56 Brigade Commander.

General Officer Commanding, 56 Division, Major General U.U.K.L.S Perera as the Chief Guest together with Major General A.A.D.N.S Dunuwila (Rtd) participated in the warming ceremony as the Guest of Honour during this inaugural ceremony.

Mr Ajith P Rambukkana and relations of the main sponsor during the inauguration handed over the keys to the beneficiary of the new house after observance of Hindu religious rights. 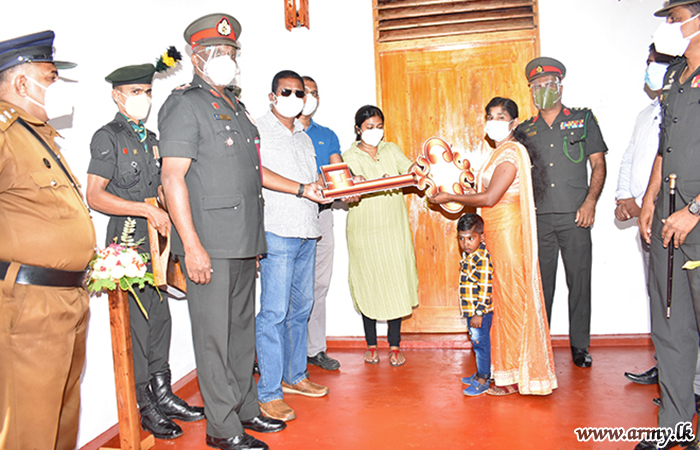 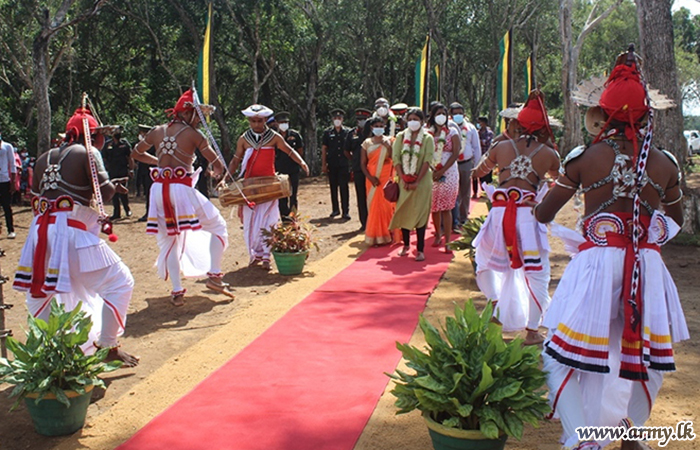 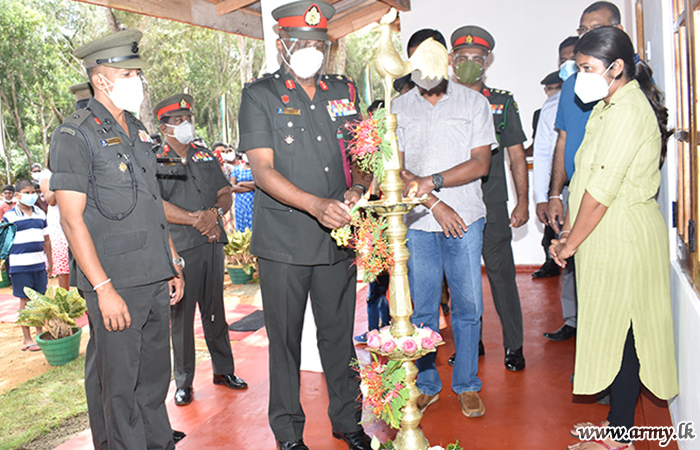 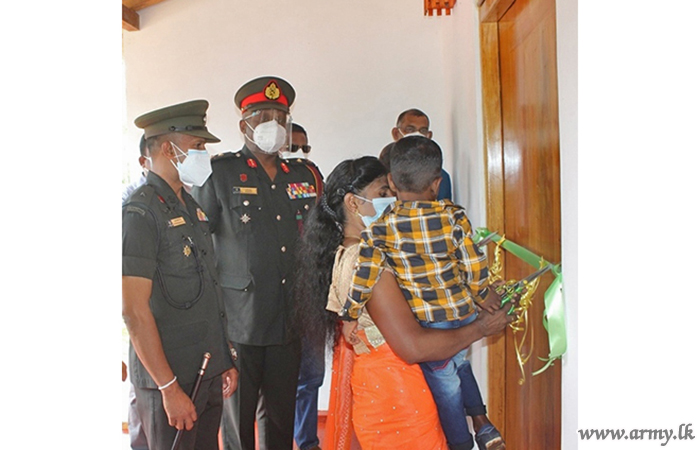 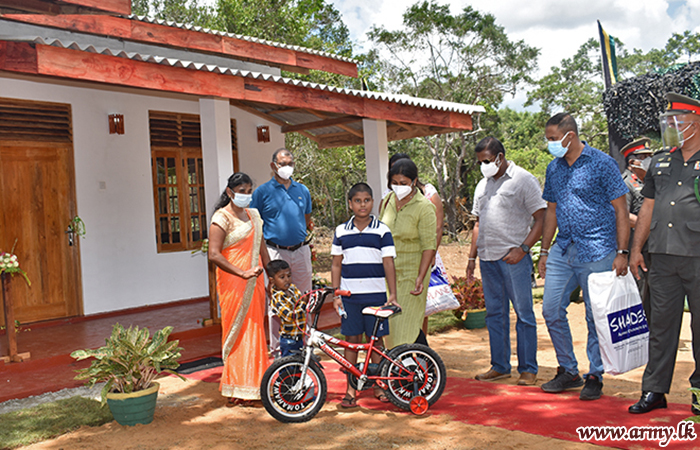