Quickly responding to an SoS appeal made by the Irrigational Engineer, Mr Anura Konegedara in charge of Maha Horiwila Tank in Kalaoya of the Security Force Headquarters-Wanni area, south of Anuradhapura on Saturday (14) late evening, a group of 51 soldiers under training at the Non-Commissioned Officers (NCOs) Training School in Kalaoya rushed to the Maha Horiwila tank spill gates area under threat from spilling water levels and averted an imminent disaster by using sandbags, etc.

Authorities in the Irrigation Department in the area have been alerted to this possible piercing in the tank bund due to torrential rains by the farmers and villagers who feared a catastrophic outcome in the event a portion of the bund near the spill gates would burst as the water levels were fast increasing by 6.00 p.m. on Saturday (14).

Mr Anura Konegedara accordingly got in touch with the Commandant at this Army School and appealed for help as the bund could be burst unless immediate renovation steps were taken with the support of the villagers although dusk was falling fast.

However, the Commandant alerted all the trainees in the School and rushed to the scene with 50 soldiers within minutes, prepared as many sandbags as possible and placed them around the affected area on the bund, thus averting a major disaster. 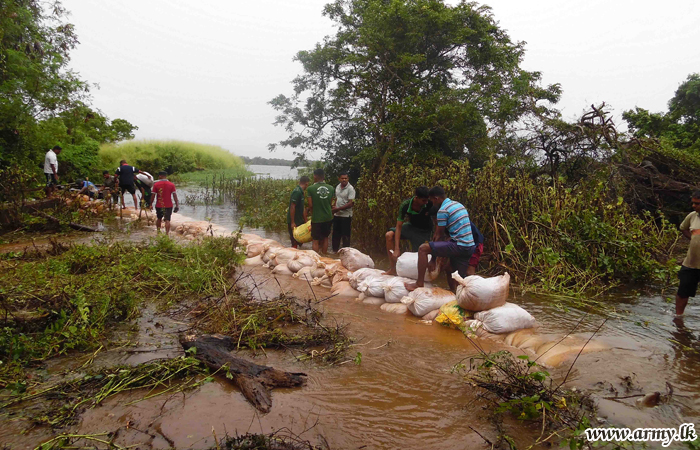 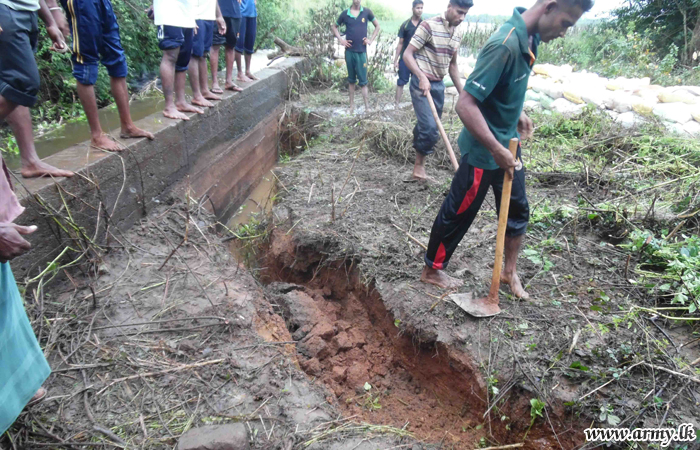