The visiting group, selecting 102 affected students from the area at first, donated school accessories and stationeries on May 29 after assembling them together.

Similarly, 150 affected families were given dry rations, milk powder, clothes and sanitary equipment by the same group after meeting them personally. Around the same time, Neelabemma Primary School and Saliyawewa Model School were gifted with first-aid stocks, sports items and a few other essentials by the same group of eight old boys of the Trinity College.

Trainees in the former NCOTS after the flood disaster struck Kalaoya areas were instrumental in helping the victims in numerous ways beginning 15 May 2016. They also evacuated a number of families for safety during the worst-hit period. 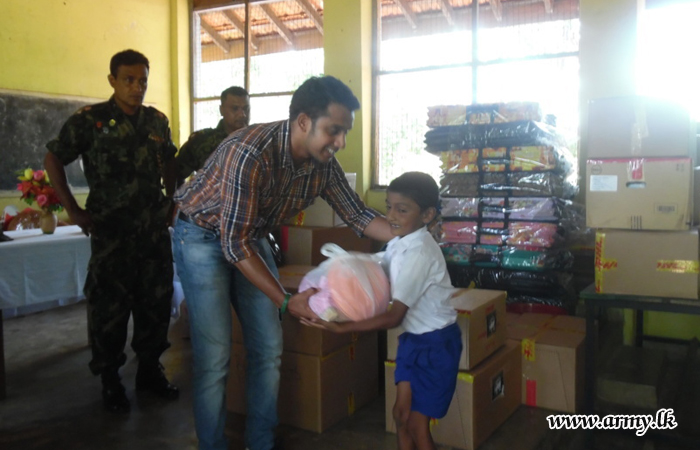 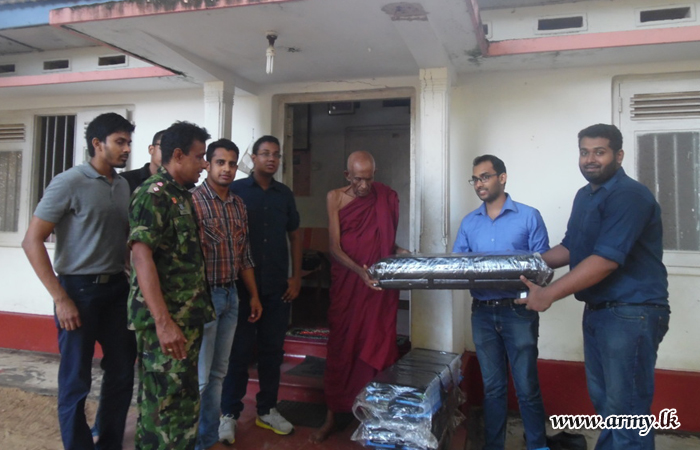 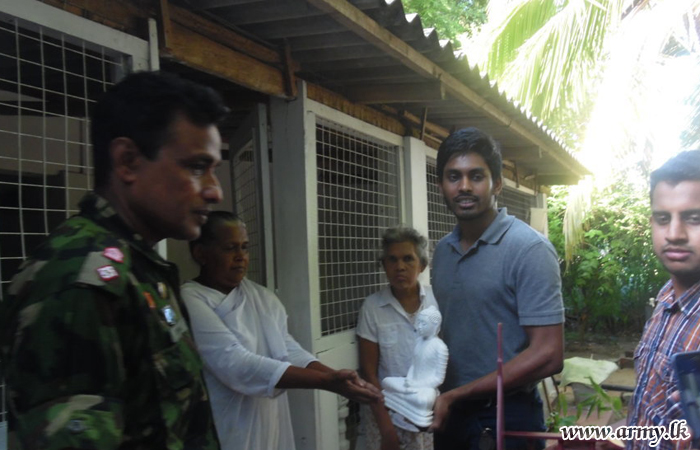