The Officers following the Junior Command Course on Counter Insurgency Jungle Warfare (JCC-CIJW) No-25 at Maduruoya Army Training School as part of their familiarization programme visited the Security Force Headquarters - Kilinochchi and its suburbs during 8 - 9 July.

Student Officers then visited the 57 Division Headquarters, 571 Brigade, Pooneryn Fort, Sangupiddy Bridge and the 24 Vijayabahu Infantry Regiment camp on the same day. On Tuesday (9), they had the opportunity to visit several key places, related to the Humanitarian Operations. They also visited the Kilinochchi Monument, Elephant Pass Monument and the Gamini Kularathne Monument.

A total of 25 Officers (20 local and 5 foreign) who are following the course joined the visit. 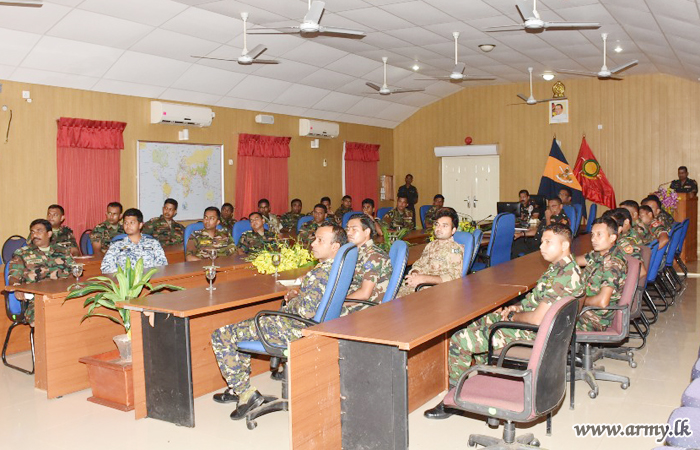 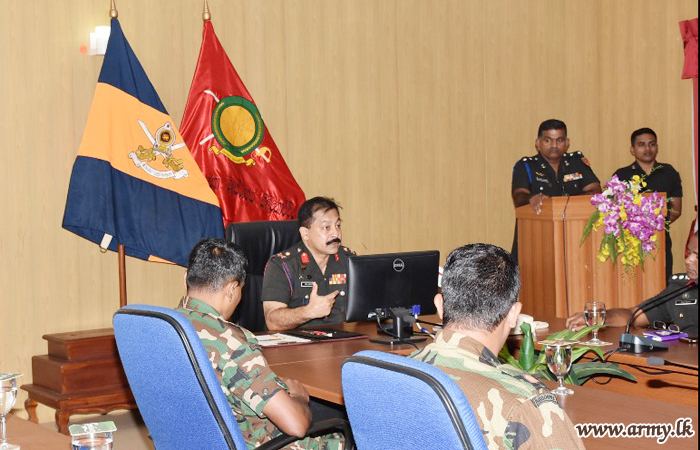 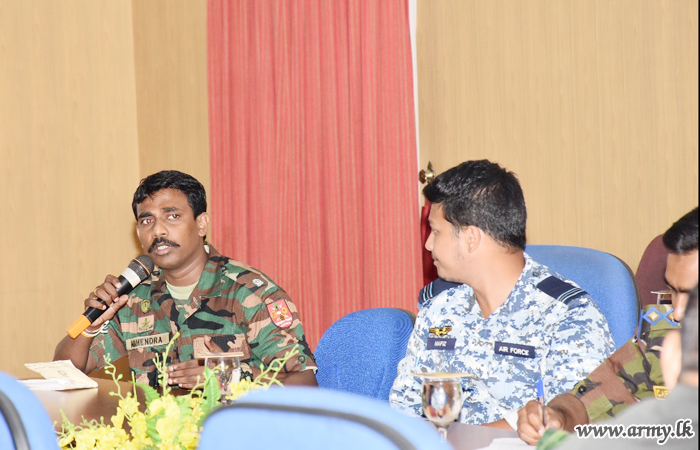 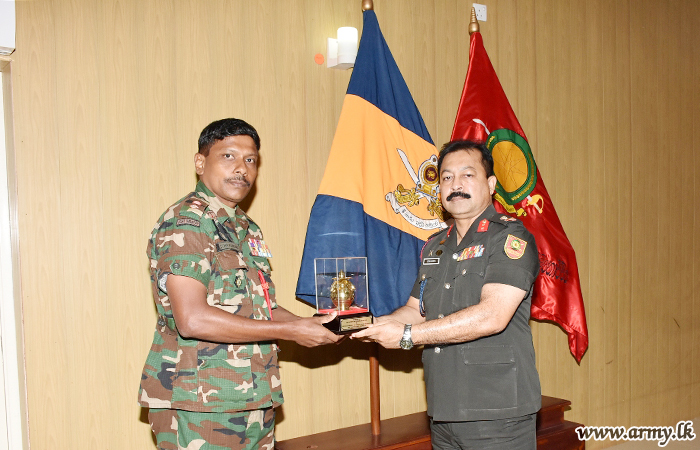 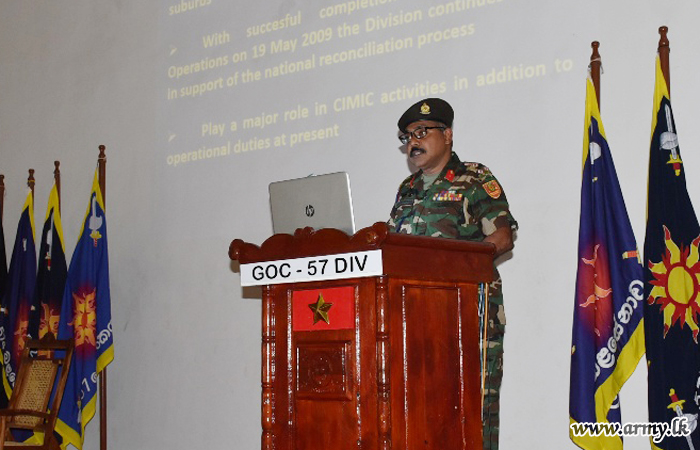 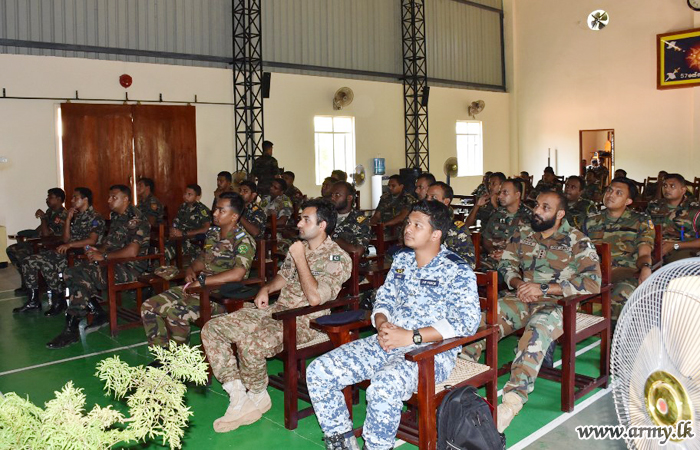 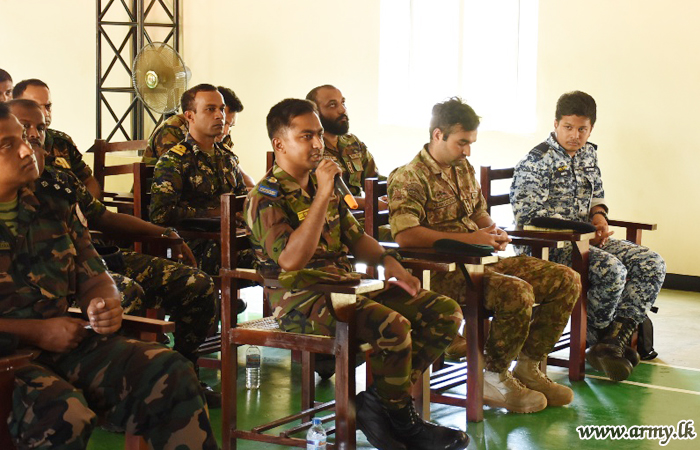 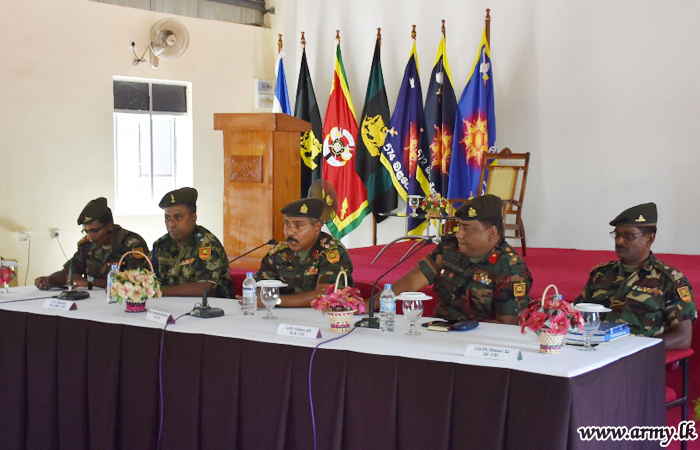 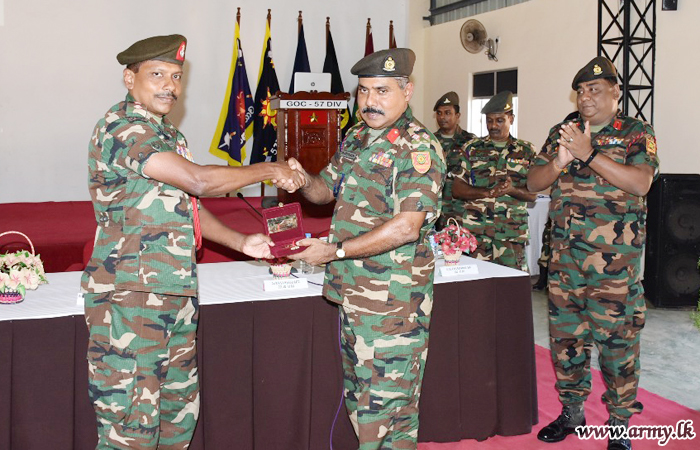