Jaffna Troops to Erect One More House for Ex-combatant & Family

551 Brigade troops of the 55 Division under the Security Force Headquarters - Jaffna providing and expanding the Army’s house construction project for ex-combatants or their families in the Jaffna peninsula on Wednesday (27) laid a foundation stone for construction of a new house to an ex-combatant, resident in the general area of Puloly, Point Pedro.

The old Royalist, Mr Vish Nadarajah at the request of the ‘Army with a Heart’ volunteered to provide much-needed financial assistance for the project and 16 Sri Lanka Light Infantry troops undertook the construction of this house under the guidance of Brigadier Prasanna Gunaratne, General Officer Commanding, 55 Division and Brigadier Chinthaka Wickramasinghe, Commander, 551 Brigade with the blessings of Major General Senarath Yapa, Commander, SF-J.

The visionary leadership of the Commander of the Army has already instructed the SFHQ-J to initiate a project to build as many houses as possible for the benefit of ex-combatants and their families while helping them to find proper livelihoods extending the goodwill of the Security Forces.

Mrs. Thangarasa Dharmarani and Mr. Kumarakulasingam Prashanthan who were former combatants and suffered injuries during combat when LTTE terrorists used them before May 2009 but the family was leading a hand to mouth life. Troops learnt about their miserable plight and informed the General Officer Commanding and the Brigade Commander with the objective of helping them.

Brigadier Chinthaka Wikramasinghe, Commander 551 Infantry Brigade laid the foundation stone for the new house at Puloly, Point Pedro in the presence of the Assistant Superintendent of Police, Point Pedro, HQI at Point Pedro Police and invitees. Family members of the beneficiary were also associated with the event, held in conformity with Hindu traditions. 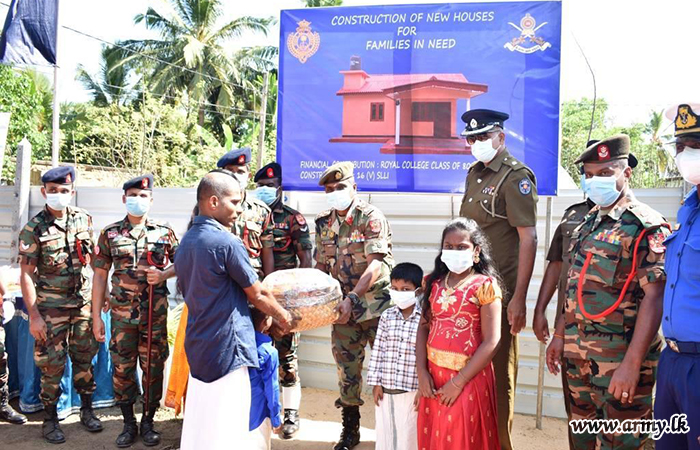 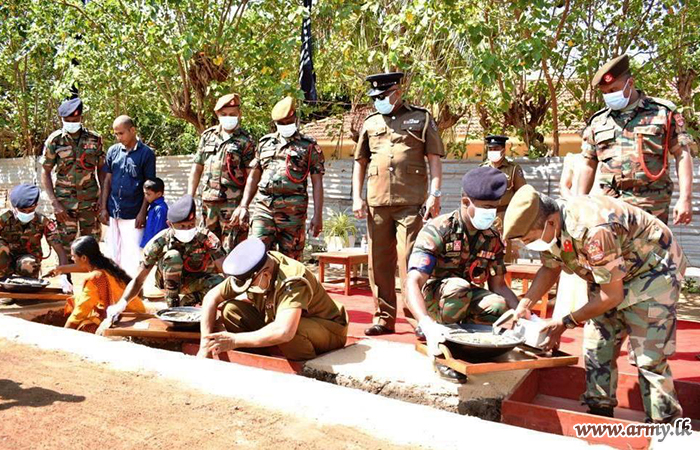 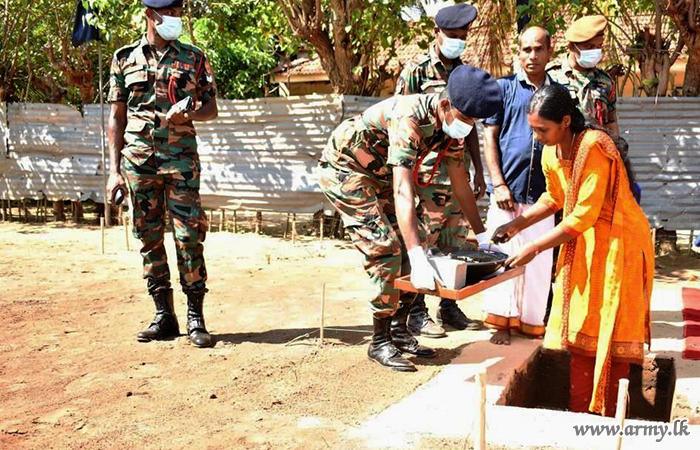 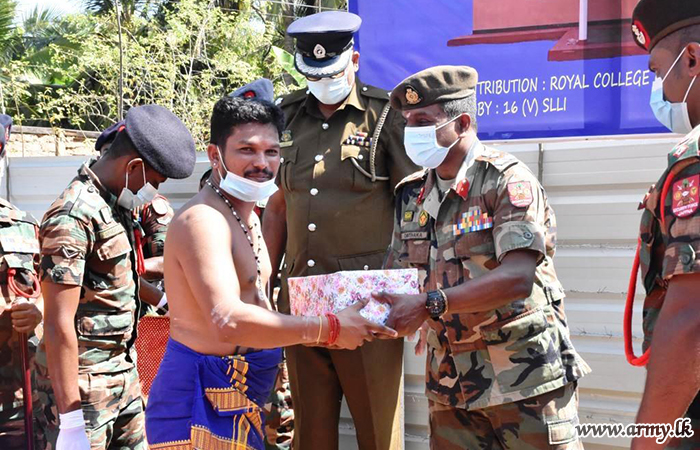