The series of blessing ceremonies of all faiths as the precursor to the forthcoming 73rd Army Anniversary and the Army Day (10 October) got to a start on Wednesday (21) at the sacred Kataragama Kirivehera and Devaala compounds with the participation of Lieutenant General Vikum Liyanage, Commander of the Army as the Chief Guest, together with a host of Officers and Other Ranks.

Flags of all Army Regiments, Security Force Headquarters, Training Schools, Divisions, Brigades, formations and units that were taken thrice round the ‘Kirivehera’ stupa in devotion, preceded by Army drummers before they were placed for invocation of blessings. At the same time, a section of the attendees took part in the special ‘Kapruka’ Pooja around the pagoda as all joined together to conduct the ‘Gilanpasa’ Pooja after illuminating the premises with coconut oil lamps.

After the Kirivehera incumbent monk, Ven Kobawaka Dhamminda Thera with members of the Maha Sangha performed religious rites, the day’s Chief Guest offered ‘Pirikara’ to members of the Maha Sangha. A special Pooja with garlands of white lotus flowers was afterward offered to the Mahasen Devaalaya before colourful flag-bearers lined up again, to proceed to the Kataragama Devaalaya precincts for religious observances.

Commander of the Army on the same occasion presented a financial contribution towards the development of the sacred place of historic value as a symbolic gesture of veneration. Ven Kobawaka Dhamminda Thera, Incumbent, Kirivehera accepted the donation. 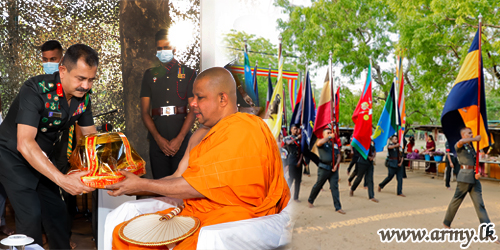 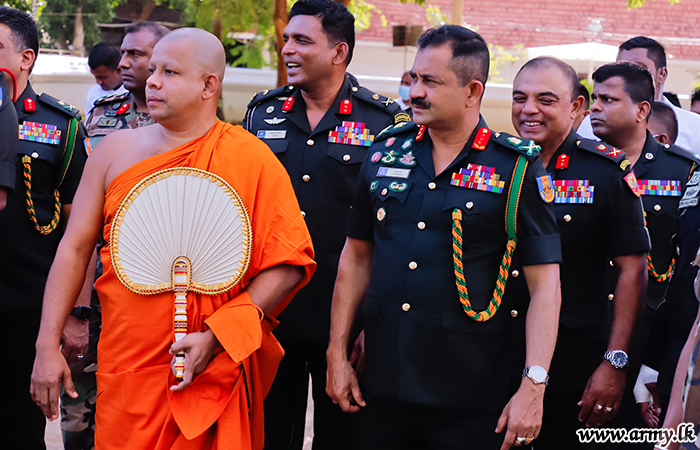 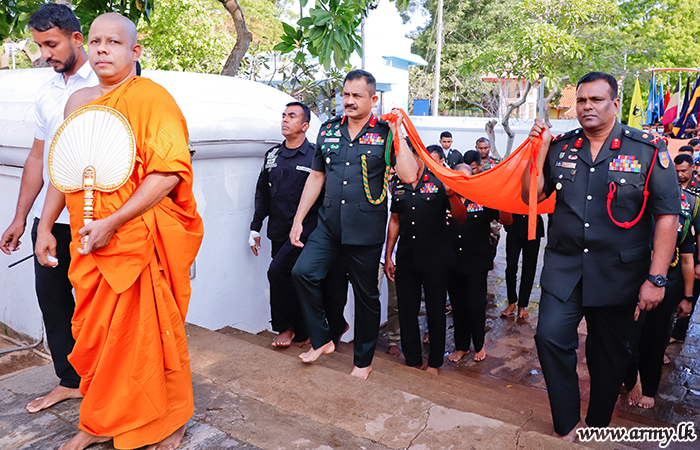 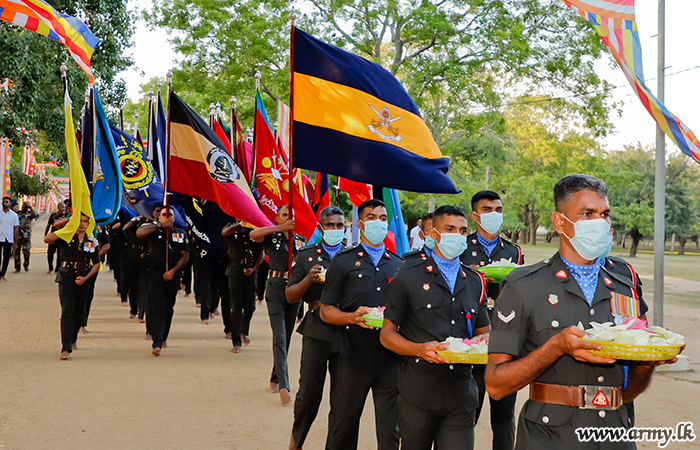 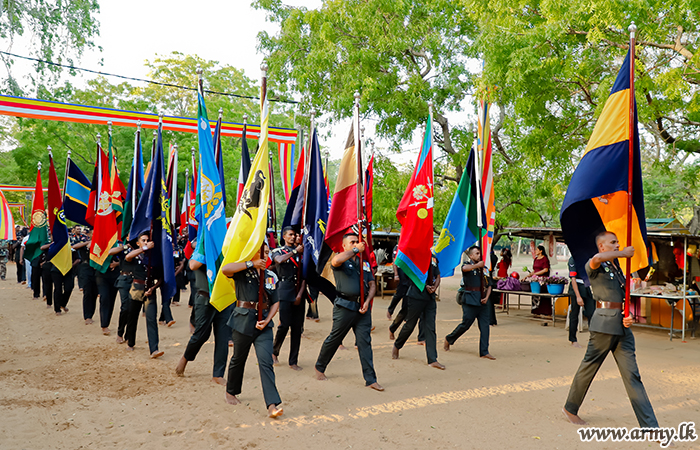 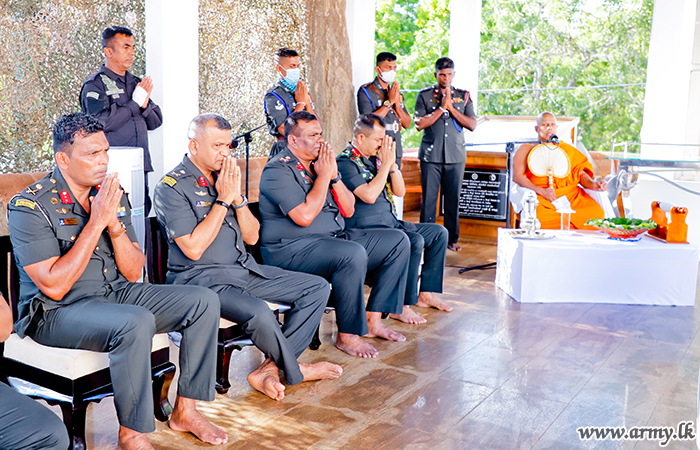 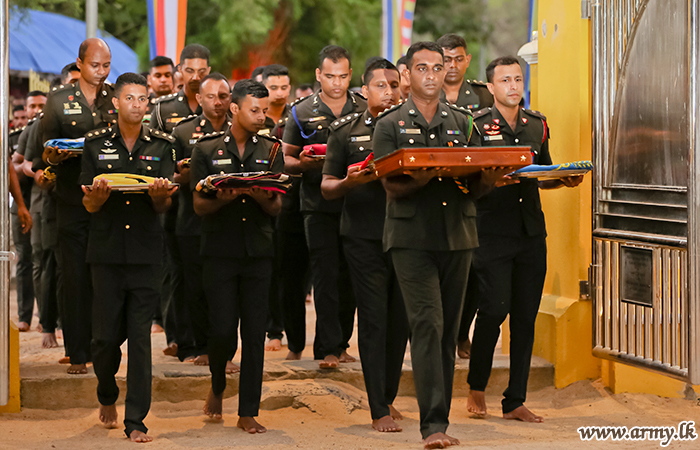 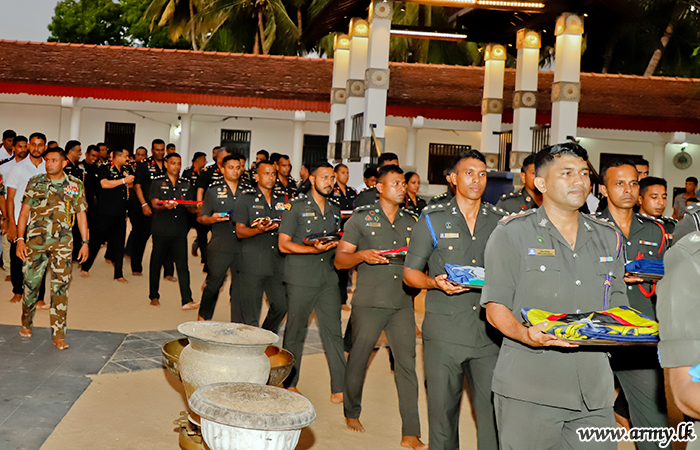 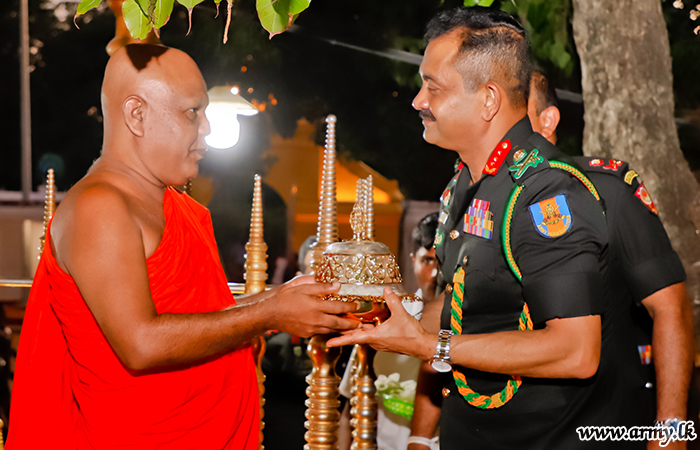 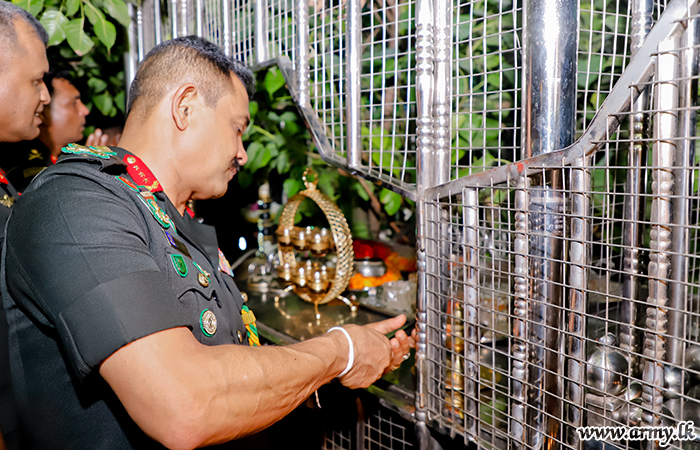 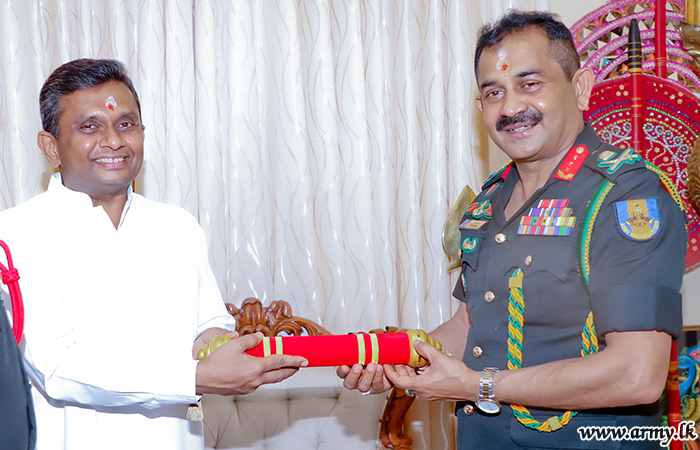