Soldiers of the Sri Lanka Army Engineers Regiment carried away the overall performance trophy at Inter-Regimental Wrestling Tournament 2002 (novices), played recently at Panagoda Army Cantonment indoor stadium, but the shield for Runners-up was claimed by Sri Lanka Sinha Regiment team who offered a tough resistance to their rival in all events.

The prevailing climate of peace in operational areas had profusely facilitated the participation of more and more Army soldiers in sports activities of this nature.

Second Lt. W. J. S Wijesundera from Sinha Regiment, who offered tough resistance at the meet was adjudged the Best Loser at the meet. He was also offered a Gold Medal for his performance amidst a thundering applause. A large gathering of sports enthusiasts witnessed the final session of the meet. 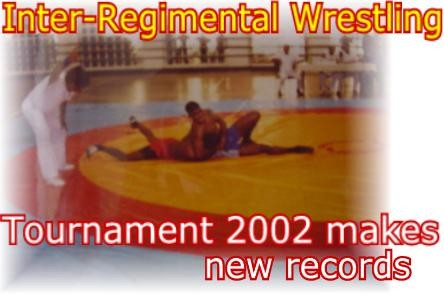 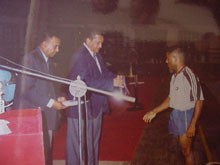