On arrival at the Army Headquarters, Colombo, a Guard of Honour was accorded by Sri Lanka Artillery Regiment to the visiting military dignitary before he was introduced to Senior Officers by the Commander Lt. Gen Balagalle in his office. During his brief visit, both Lt. Gen G. S Sihota and Lt. Gen L. P Balagalle discussed matters of mutual interest. The visiting delegate was presented with a token memento after he placed his signature on VIP book at Army Headquarters to mark his visit here.

The visiting dignitary after his meet at Army Headquarters left for Ministry of Defence to meet Defence Secretary Austin Fernando.

Lt Gen Gurubaksh Singh Sihota, PVSM, AVSM, VrC, VM, ADC, took over as the General Officer Commanding -in-Chief of the Southern Command on 09 Oct 2001 after his tenure as the Director General of Military Operations at Army Headquarters. Lt Gen. Gurubaksh Singh Sihota is from Bravo Squadron 23rd NDA course and he passed out from the NDA on 07 December 1962 as the Academy Cadet.

Commissioned into the Regiment of Artillery on 30 June 1963, Lt Gen. Sihota, has during his 39 years of illustrious service, gained wide experience on various command, staff and instructional assignments.

He has not only raised and commanded a division in the thick of the insurgency days in Jammu & Kashmir but has also had the distinction of commanding the premier Strike Corps of the Indian Army. He is also highly qualified and has done a number of courses in UK and USA. He is a graduate of Staff College Cambarley, UK, a senior graduate of the United States Chemical Officers Advanced Course and an Alumni of the National Defence College, New Delhi.

A highly decorated officer, Lt Gen. Sihota has the rare distinction of being decorated in every war that India has fought since 1965. Starting with being \'Mentioned in Despatches\' in the 1965 war in J & K, the General earned the Vir Chakra and the Vayu Sena Medal in 1971 in the Bangladesh war. This was followed by the Ati Vishist Seva Medal in 1997 of the success achieved by his formation in the Counter Insurgency Operations in Kashmir. Subsequently in 2001 he was also awarded the Param Vishisht Seva Medal for his expert handling and training of the Strike Corps in the western theatre.

Lt Gen. Sihota is an outstanding sportsman and a keen golfer. He has widely traveled and has varied interests and these include issues related to improving the quality of life of the soldiers and preserving the environment in the military cantonments. 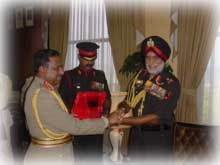 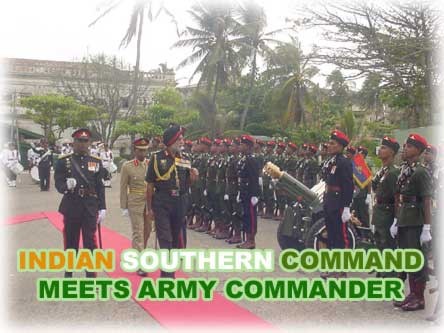