Chief of the Naval Staff, India Admiral Arun Prakash PVSM AVSM VrC VSM ADC who is currently on a goodwill visit to Sri Lanka paid a courtesy call on the Acting Commander of the Army, Major General A. M. C. W. B. Seneviratne on Monday (13) morning at his office at the Army Headquarters.

Escorted by ceremonial Out Riders of the Sri Lanka Military Police to the main entrance at the Army Headquarters, the visiting Naval Chief was received by the Commanding Officer of the Headquarters Battalion and conducted to inspect the Guard Turnout accorded by troops of the Vijayabahu Infantry Regiment.

The visiting Naval Chief was then accorded the Guard of Honour after the Colonel of the Vijayabahu Infantry Regiment ushered him to the special dais to take the salute given in his honour.

During the visiting delegate's meeting with the acting Commander of the Army Major General Seneviratne, they both discussed matters of regional and mutual interest and shared views on relevant issues in the company of Deputy Chief of Staff Major General G. S.C Fonseka.

Strengthening bonds of goodwill and bilateral cooperation, the acting Army Commander Major General Seneviratne presented the visiting dignitary with a symbolic memento to mark his visit to the Army Headquarters of Sri Lanka and the Admiral Arun Prakash reciprocated before he left his signature on the VIP book at Army Headquarters.

The brief goodwill meeting followed a tea party hosted on his behalf at the main auditorium where the visiting Admiral Arun Prakash did not fail to share views with Senior Officers present on the occasion before he bade adieu to the acting Army Commander and left the premises.

During his brief sojourn in Sri Lanka, Indian Naval Chief is expected to pay courtesy calls on the President, the Prime Minister, the Navy and the Air Force Commanders. He is also scheduled to visit the Trincomalee Naval base and Kandy. 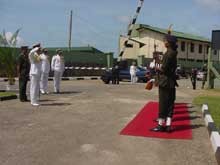 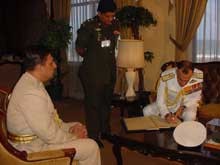 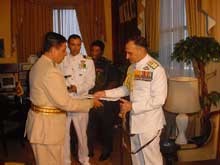 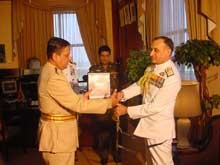 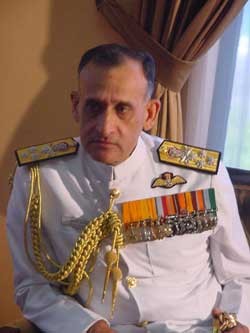 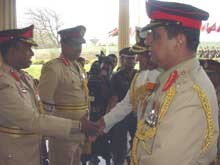 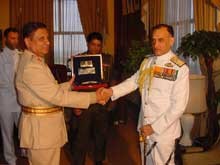 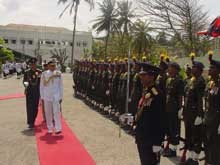