The Chief of the Army Staff (COAS) of the Indian Army General Dalbir Singh paid a courtesy call on the Commander of the Sri Lanka Navy, Vice Admiral R.C. Wijegunaratne on Thursday (3) at Navy Headquarters, Colombo.

He was accorded a Guard of Honour and warmly received by the Commander of the Navy on arrival at the premises.

They held cordial discussions on matters of mutual interest and bilateral importance during the meet. Mementos were also exchanged to mark the occasion, symbolizing the goodwill of the two friendly forces. 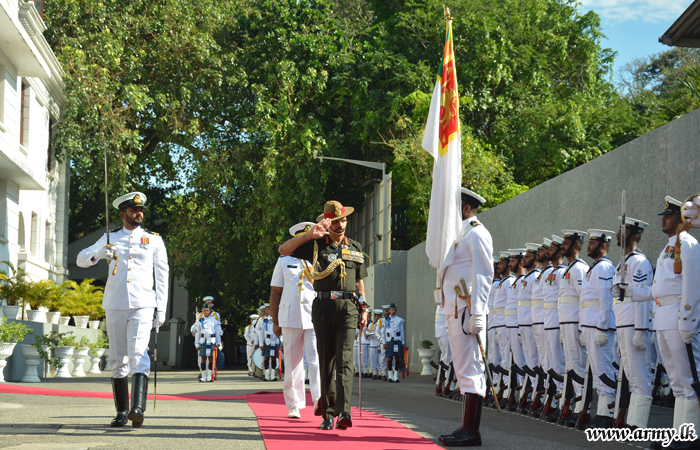 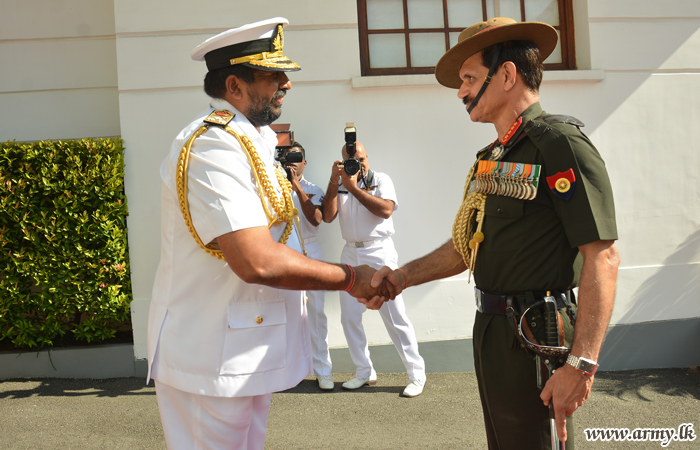 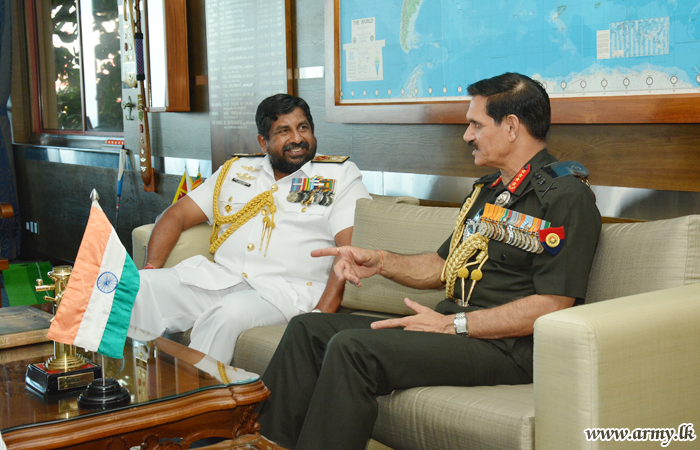 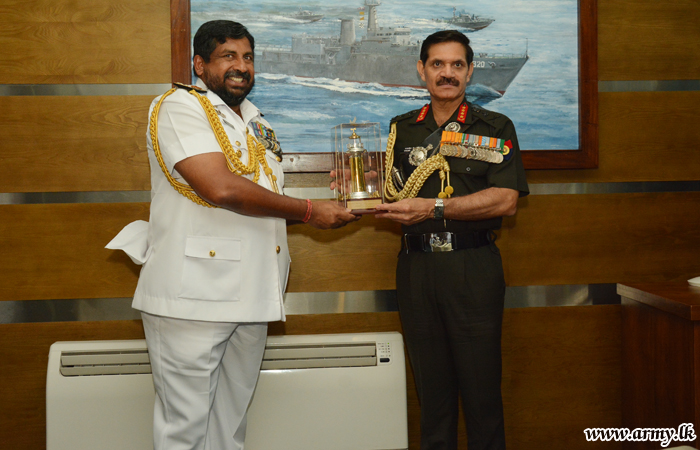 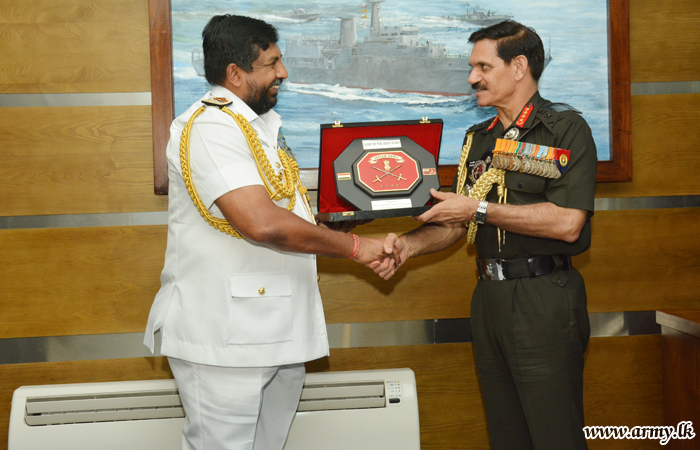