Dr. (Ms) Andreea Stoian Karadeli of Turkey, an Independent Researcher contributing to the Session One spoke about the ‘Asia Pacific Security Landscape’, in which she presented a comprehensive analysis on the status quo providing ‘Policy Guidelines’ if we were to address those issues.

In her presentation, she dwelt on ‘Assessment of the Asian Pacific Security Landscape’, ‘Discussing the role of an unusual actor in the Asian Pacific region - the European Union’, ‘Provide policy recommendations in regards to further developments in the Asia Pacific security landscape’ and evaluated the landscape in a broader manner.

She said that at a moment’s notice, everything that was left unprepared becomes a complex problem, and every weakness comes rushing to the forefront’ and asking ‘What is the relevance of the Asia-Pacific in the global security landscape?, What are the main threats in the Asia Pacific security architecture? and How prepared is the region to fight against the current and emerging threats?.

“Our strongly connected global networks have produced highly interdependent systems and understanding the interdependencies and interconnectedness of your global security ecosystem is a requirement since Asia Pacific security landscape is not just a regional concern.

It affects the global security landscape”.

“Let us have a look at how Asia Pacific Security vs Global Security works. Being the area, one of the One of the world’s most dynamic regions with population growth, economic progress, urbanization and Industrialization, the high demand for resources (food, water, energy) is always on the increase.

The Asia-Pacific region with 58 countries and territories, a population of more than 3.5 billion and about 60% of maritime traffic and about 59% of GDP Leading industry and technologies, large commodity and financial market is a mega power-base.

Responding to emerging threats she pointed out that in today’s globalized world only a global approach assures effectiveness and influence as even big member states are small on an international scale, in the face of the need to tackle burning issues and hotspots in a transnational manner.

The concept VUCA (Volatility, Uncertainty, Complexity, Ambiguity) amply sets the record straight since what causes the change is not clear.

Lack of predictability and inability to predict an exact outcome (Uncertainty), Variables that can make situations more complex (Complexity), Potential misunderstandings or mistakes that may arise from complex or unclear information (Ambiguity) are dominant.

While this panoply of mechanisms with overlapping memberships and agendas contribute through a dense schedule of meetings to socialization and confidence-building (the ASEAN Way), it often falls short of concrete actions to prevent, contain, or solve security threats, she charged.

Talking about the role of the European Union (EU) is a unique economic and political union between 28 EU countries that together cover much of the continent. It is important to see their contribution.

Multilateral institutions or cooperation frameworks have become part of the diplomatic tool box also in Asia, which opens a natural dimension for EU engagement based on its own history and experience.

Acting as a global soft balancer, pursuing a principled albeit interest-based policy anchored in international law and the rule of law in general, striving to support regional and/or multilateral solutions with cooperative diplomacy and soft integration, the European Union can offer a complementary approach to politics in Asia, quite different from major powers competing for supremacy, she pointed out.

In her Policy Recommendations to the EU, she asked the EU to develop a new narrative to make a more effective and credible contribution to Asia’s security by strengthening and participating in the developing regional architecture, contributing to conflict management through upholding the rule of law assuring cyber security, and connecting with OBOR in conjunction with ASEAN connectivity which could be a viable selection and her recommendation for Asia-Pacific was as follows;

“Understand that in today’s globalized world only a global approach assures effectiveness and influence as even big member states are small on an international scale, in the face of the need to tackle burning issues and hotspots in a transnational manner”.

In her recommendation for both the E.U. and Asia-Pacific, she appealed them to develop a common platform of dialogue in the field of security and defence that can provide benefits on both sides. short url link | jordan Release Dates 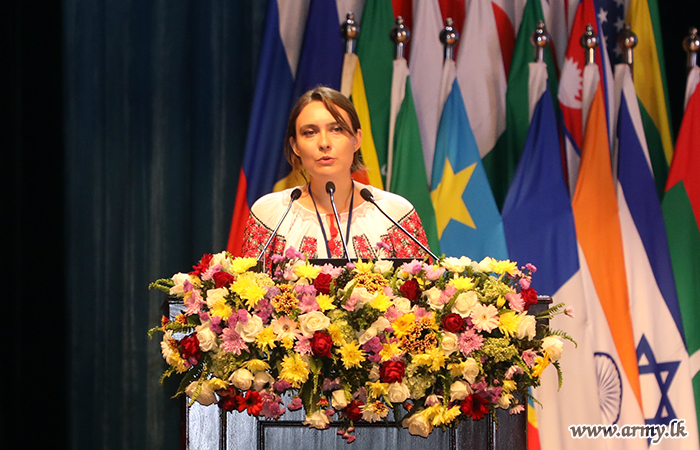