Head of the Russian Army Engineers’ delegation, Lieutenant General Yuri Mikhailovich Stavitsky, Chief of Engineering Troops of the Armed Forces of the Russian Federation currently in Sri Lanka with the objective of observing the ongoing Sri Lanka Army’s Humanitarian De-mining roles and sharing advanced technical know-how with Sri Lankan troops for acceleration of de-mining work made a courtesy visit to General Shavendra Silva, Chief of Defence Staff and Commander of the Army at the Army Headquarters this morning (25).

During this cordial meeting that followed in the Commander’s office, the Chief of Engineering Troops of the Armed Forces of the Russian Federation, Lieutenant General Yuri Mikhailovich Stavitsky placed his observations on the operations of the Sri Lanka Army Humanitarian Demining Unit (HDU) before the Sri Lankan Army Chief after their visits to Kadduwan and Muhamalai de-mining sites on Wednesday (24).

General Shavendra Silva expressed his gratitude to the engineering troops in the Russian Army for the interest shown towards Sri Lanka’s de-mining roles and praised the Russian Armed Forces for their sustained cooperation throughout and underlined the importance of continued cooperation and understanding between both organizations. Afterwards, the Sri Lankan Army Chief explained to him how the Sri Lankan Engineer troops are engaged in a variety of nation-building tasks, road construction work, etc in addition to risky de-mining work and appraised the Sri Lankan Engineers’ achievements.

“Your physical presence in Sri Lanka as the Chief of Engineers works a boost to our organization since you have been recognized as a well-respected veteran in de-mining roles, having served Syria in the past and also as the Head of Military Engineers for Navy and Air Force in the Russian Federation as well.”

The visiting Chief of Engineering Troops of the Armed Forces of the Russian Federation in turn told the Sri Lankan Army Chief that he was pleased with the ongoing mechanical and manual Humanitarian De-mining work in Sri Lanka as he was able to witness their operations closely. Lieutenant General Yuri Mikhailovich Stavitsky said that he would like to further assist Sri Lankan Engineers by way of training troops in the use of special equipment every year on Army to Army cooperation programme that exists between both organizations and also to join different competitions in the engineering sector in Russia.

General Shavendra Silva also requested the visiting military engineers to further assist Sri Lanka in introducing their contingency equipment that could be used to prevent watery grave, for example, similar to the ferry tragedy in Kinniya a few hours ago. He also highlighted the need for exchange of mechanical and technical know-how through zoom platforms until normalcy returns after the COVID-19 pandemic.

Lieutenant General Yuri Mikhailovich Stavitsky also told the Sri Lankan Army Chief of the impressive improvement Army de-miners have so far made after de-mining work began in Sri Lanka with the use of both mechanical and manual clearing, Mine Detection Dogs (MDDs) and other practical methods. While extending best wishes to the Officers and Other Ranks, engaged in the high risky de-mining operations, he praised the commitment of those troops and assured all possible assistance in future, too.

Towards the end of the interaction at the Army Headquarters, General Shavendra Silva symbolized his gratitude and added memories to the occasion by presenting a special memento to the Russian Chief of the Engineers. The gesture was reciprocated.

Major General Nihal Amarasekara, Chief Field Engineer of the Sri Lanka Army, together with the Russian interpreter was associated with the meet at the Commander’s office. 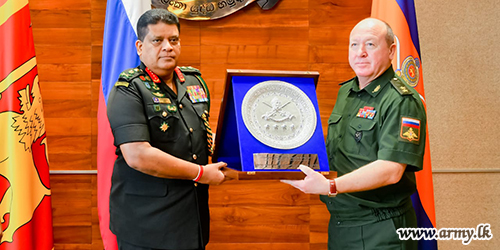 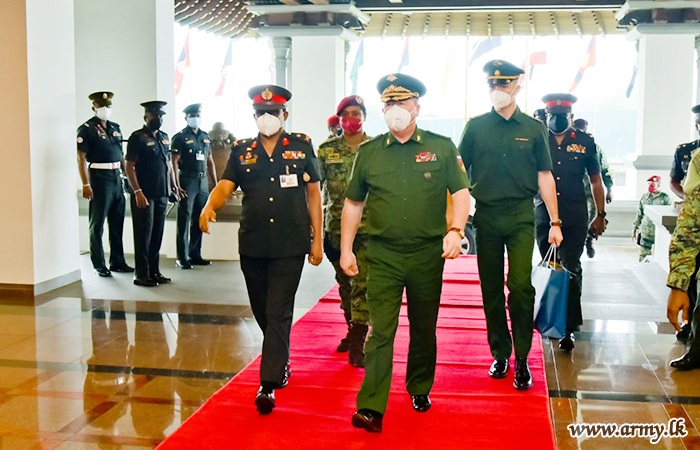 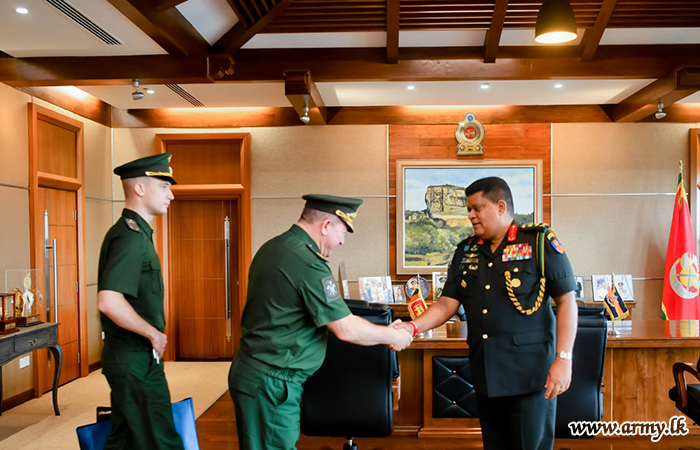 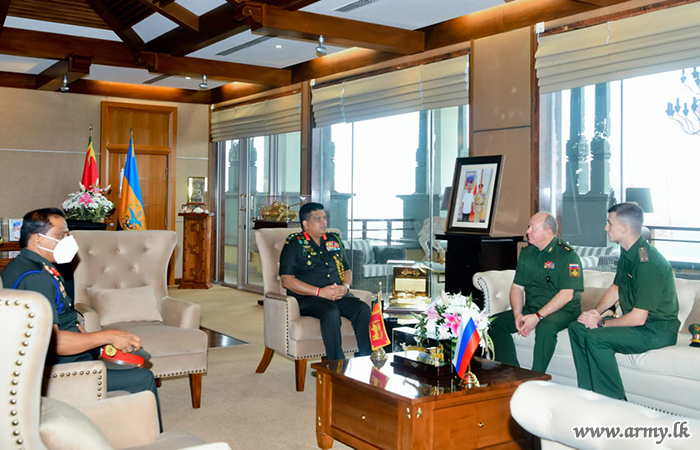 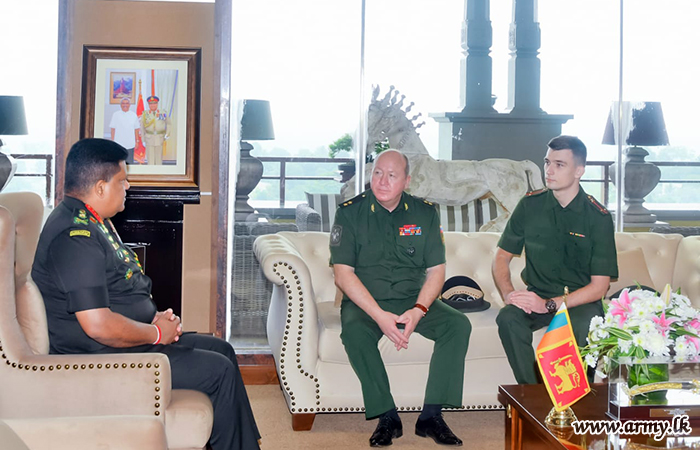 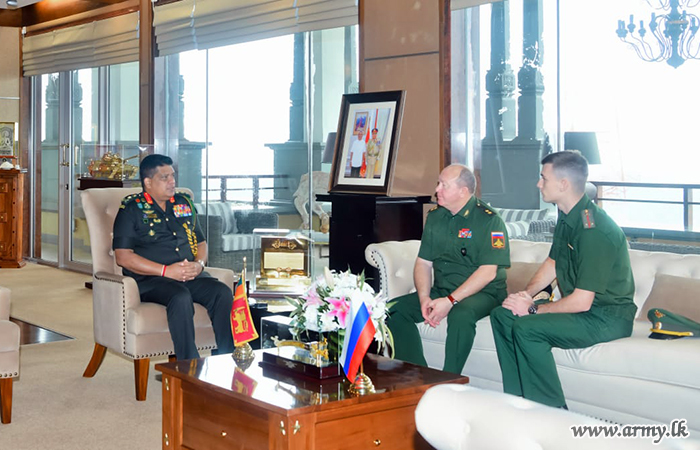 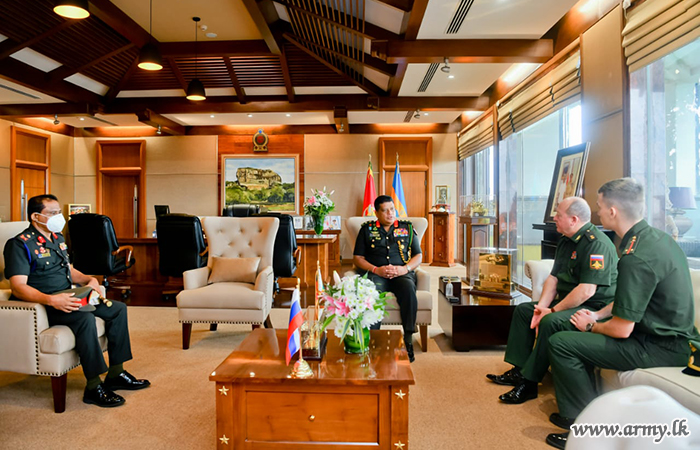 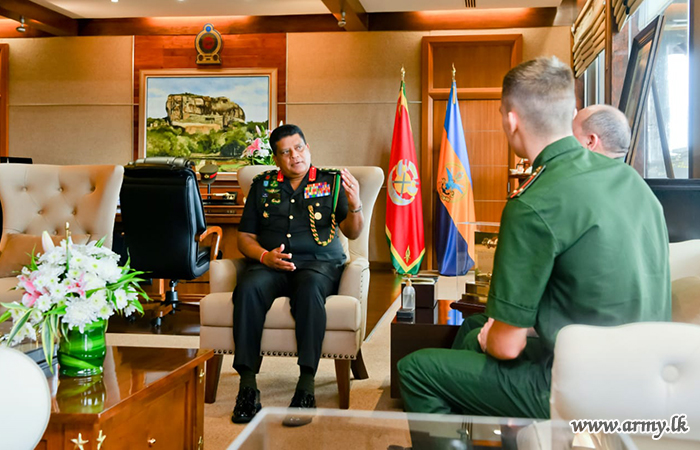 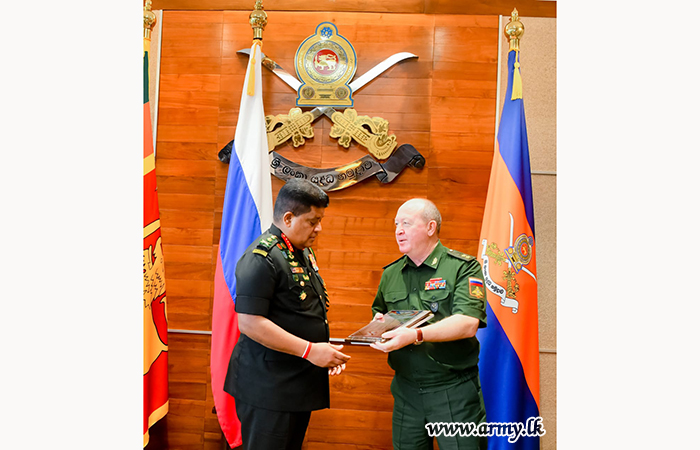 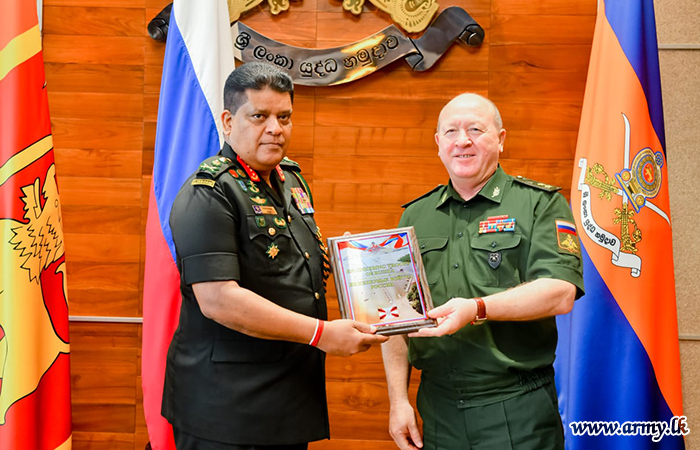 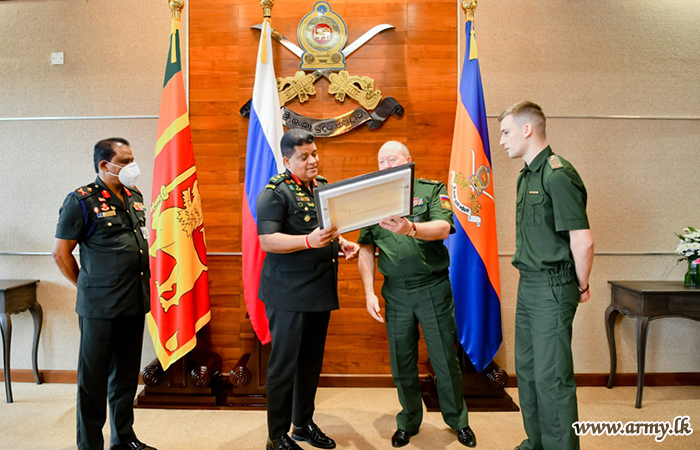 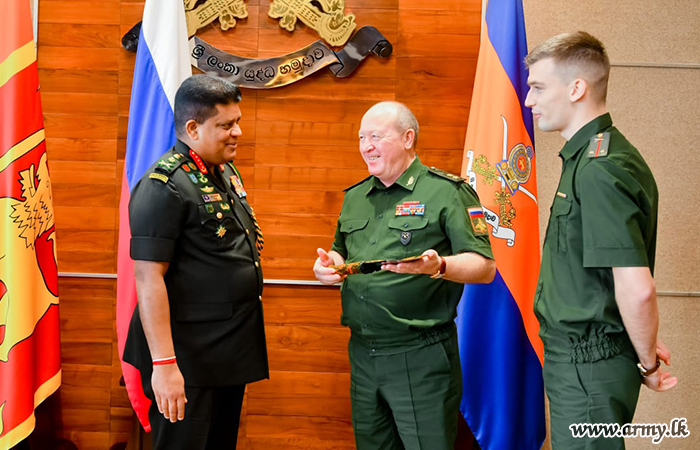 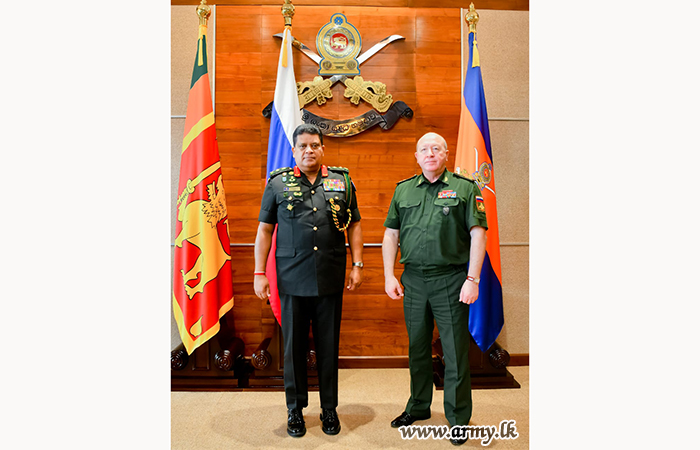 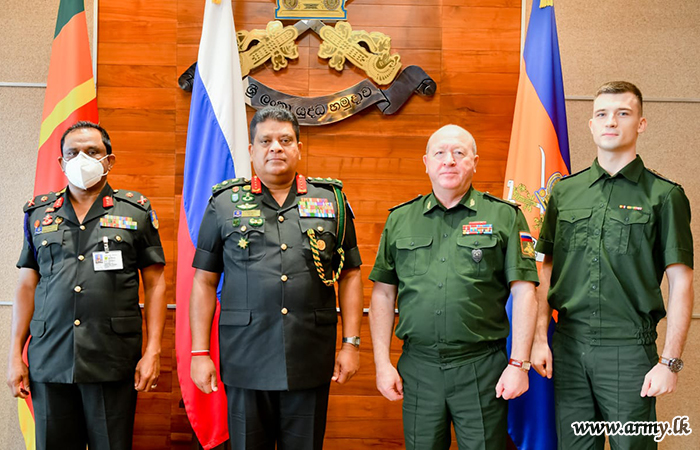