Children, attached to the Whyteleaf Performing Arts Academy at Kohuwala, in what could be considered a monumental gesture of exceptional nature for sustainability of the environment, met the Commander of the Army, Lieutenant General Shavendra Silva on Wednesday (18) at the Army Headquarters and expressed their solidarity with the Army's ongoing ‘Thuruliya Wenuwen Api’ Wilpattu Reserve Reforestation Project by donating water retention clay pots and excess cash to the value of Rs 2 lakhs for use in the project.

Accompanied by the Academy's Director, Mr Nalaka Swarnathillake, a representative group of nine students below Grade 10 who also have sweated to collect 1000 clay pots that can retain about 7 litres of water for use in each enjoyed the pleasing and generous hospitality of the Army Chief when they called on him and handed over the cash donation, special project report on 'collection of those clay pots' and the formal intimation about the handover of 1000 pots to the 54 Division HQ a few days ago on Friday (13).

The student, Kalindi Wanigasuriya, the pioneering force behind the initiative explained to the Commander that during a recent visit undertaken by her family to Wilpattu she saw through her own eyes how the Army troops with so much of commitment and dedication under the scorching sun were busy with planting saplings, covering more than 50 acres of the land in extent, adjoining the forest reserve. She also alleged that although the Army has now received saplings more than enough for the national endeavour, constant watering and close nurturing of those plants, are posing a challenge due to prevailing spells of dry weather and inadequacy of water supply.

The above-mentioned girl on her return to the Academy after learning about the possibilities of supplying water to plants through osmosis process by burying two such water-filled pots at both sides of each sapling proposed the purchase of 1000 such pots to the Army as a pilot project at a cost of some estimated Rs 2 lakhs. The campaign to raise funds kicked off a few weeks ago with active support of her 150-student strong colleagues, Director at the Academy and parents after designing a special collecting till for this exclusive purpose, for which everyone, including their Kalutara branch children too joined. Surprisingly, the fund-raising surpassed expectations and rose to Rs 4 lakhs, instead of the targeted Rs 2 lakh expenditure for pots.

After purchase of those 1000 clay pots from Nochchiyagama area on Friday for handover to Lieutenant Colonel Bhathiya Jayaweera, General Staff Officer -1 (Coord), 54 Division, the group of little environmental advocates decided to donate the remainder of cash towards the Army's ' Thuruliya Wenuwen Api' project with the intention of providing a catalyst to it.

At the Commander's office, Lieutenant General Shavendra Silva spoke to them in a fatherly tone and stimulated all of them by presenting appreciative mementos to each of them and commending them for their national consciousness and the considered thought for implementation of a project of exclusive nature during the meet with those little ones on Wednesday (18). 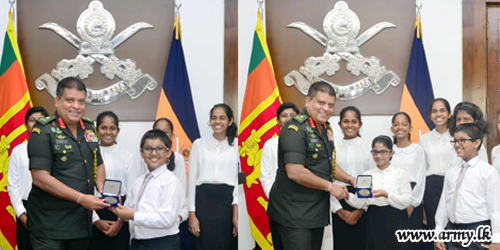 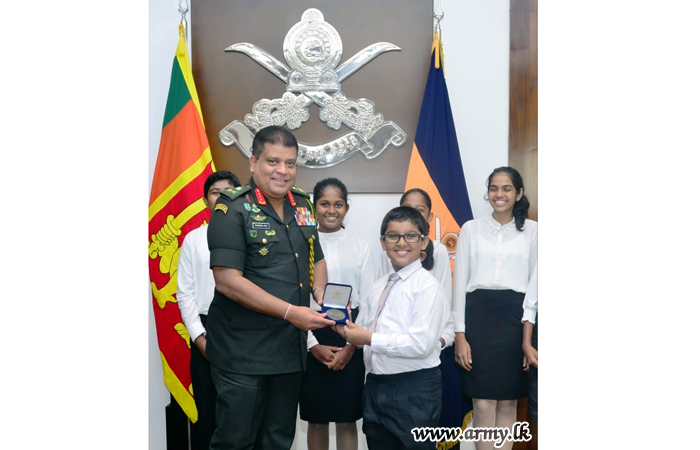 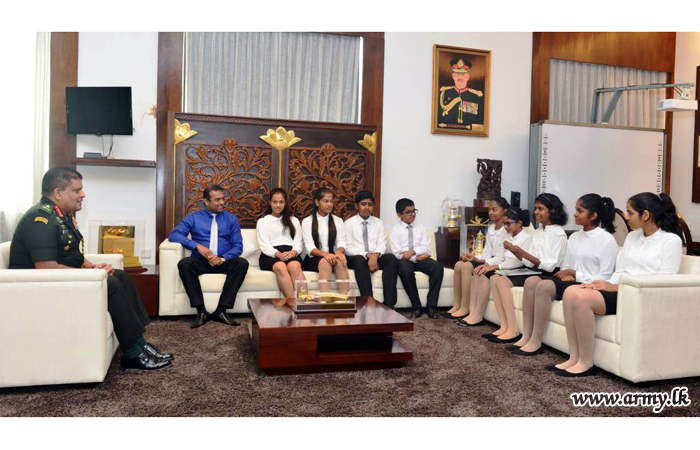 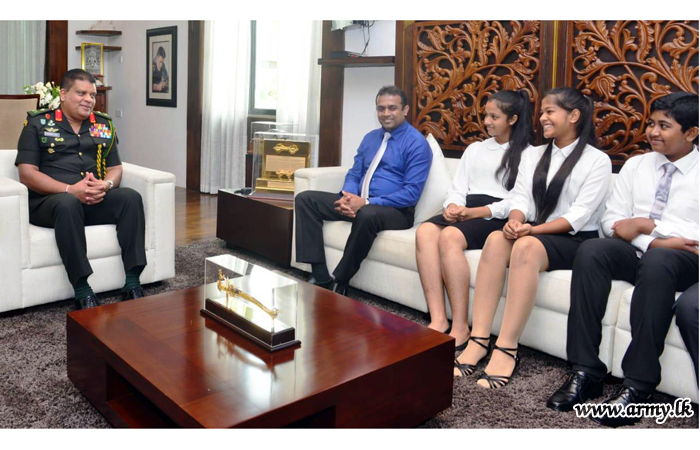 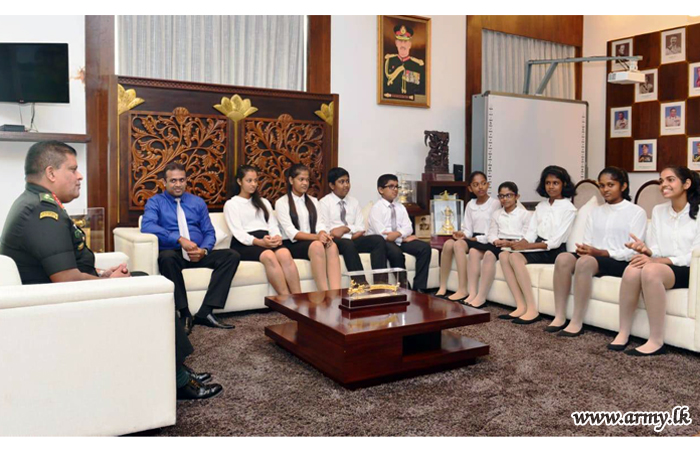 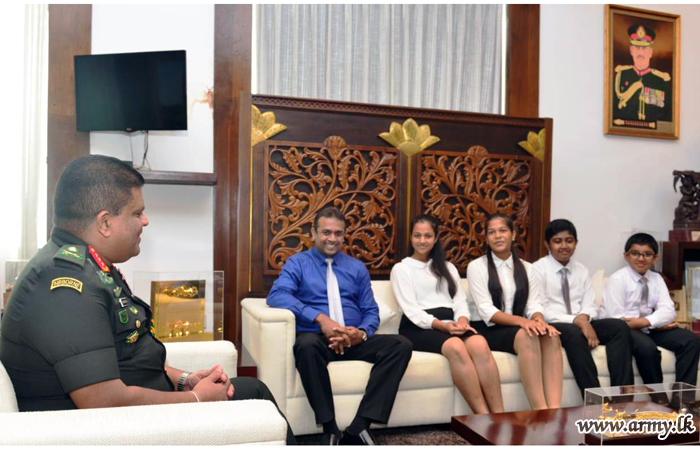 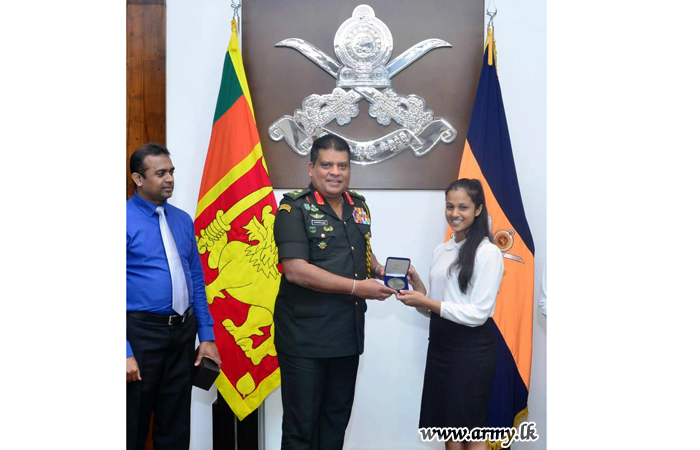 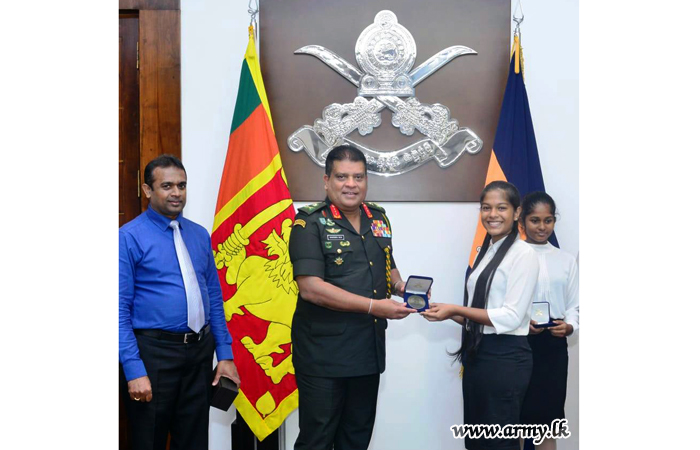 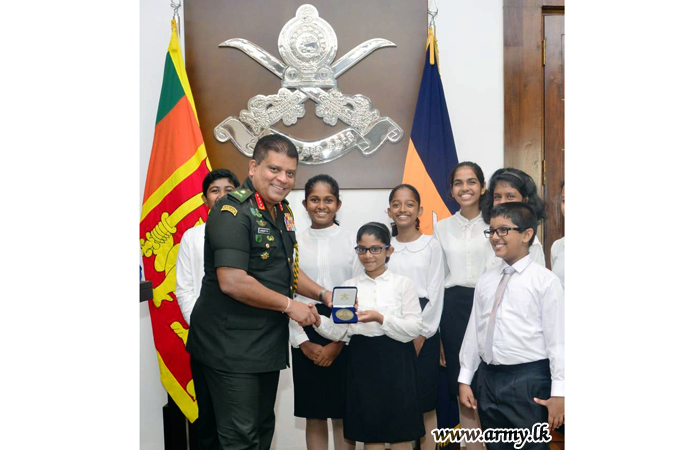