Ibbankatuwa Reservoir surroundings near Dambulla - Kurunegala main road this morning (12) bore all the hallmarks of a mini warfare when one more 5-hour long mock operation in the ongoing Field Training Exercise (FTX) ‘Cormorant Strike - 2019’ stormed an islet inside the Reservoir where terrorists were holding a team of Tourist Board officials to ransom.

Those terrorists threatened the hostages with death unless the ransom was paid within next few hours when the troops were inducted.

3 Commando Regiment troops, skilled in Halo Casting and Combat Diving techniques, Sri Lanka Navy’s 4R Life-saving Unit, together with the assistance of one MI 17 Helicopter of the Sri Lanka Air Force in covert operations reached the islet secretly and secured the release of hostages unharmed after gunning down all 6 terrorists, including their leader, Rambo, who were holding them incommunicado.

Those Tourist Board hostages after their rescue were airlifted to Vavuniya. 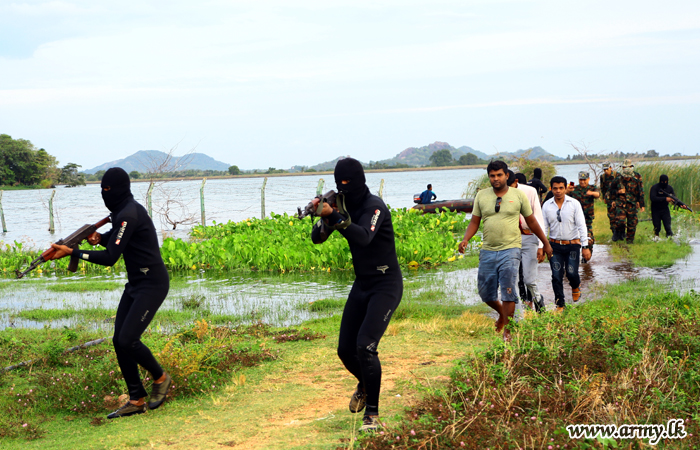 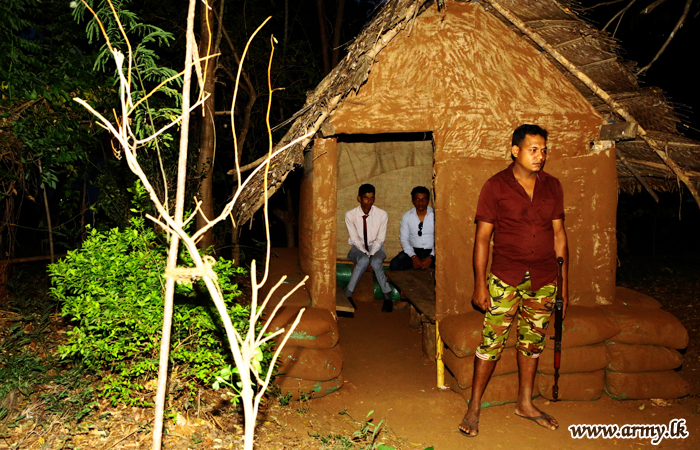 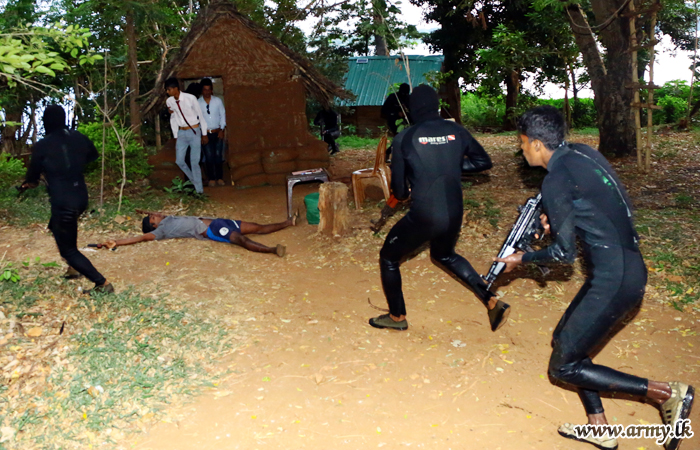 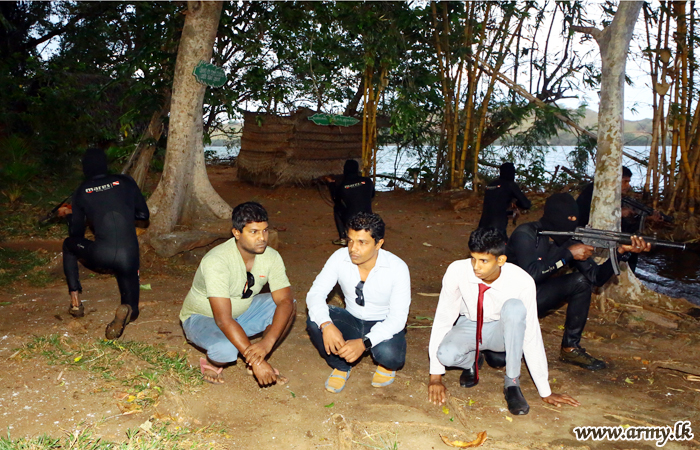 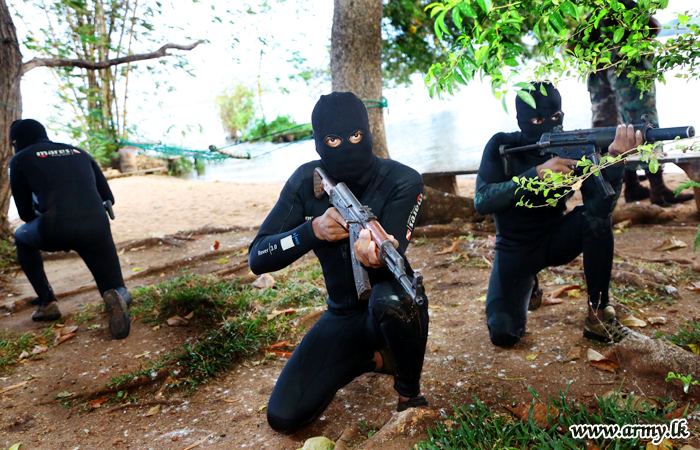 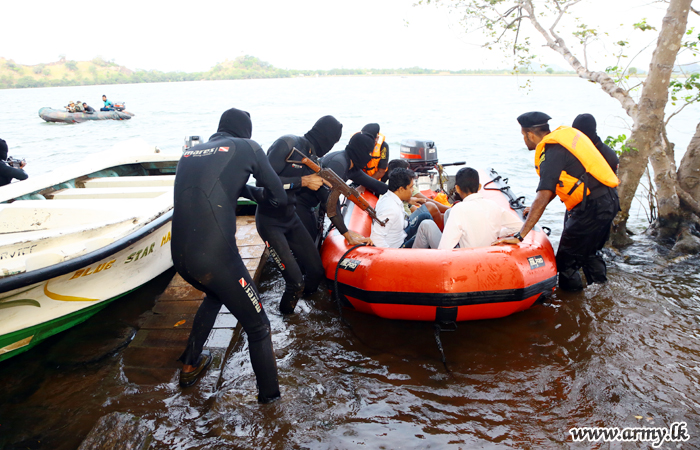 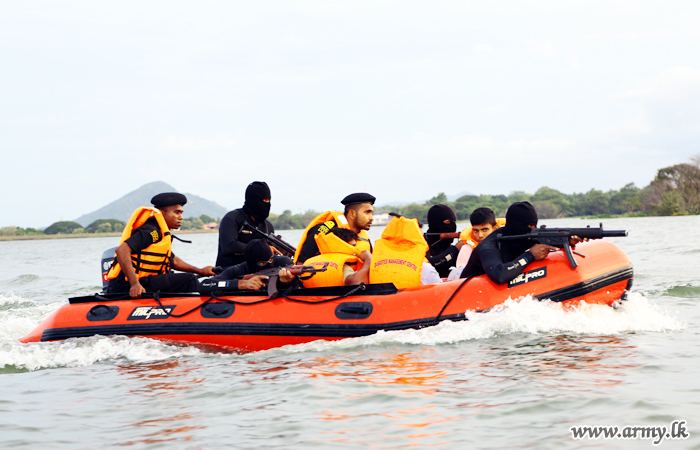 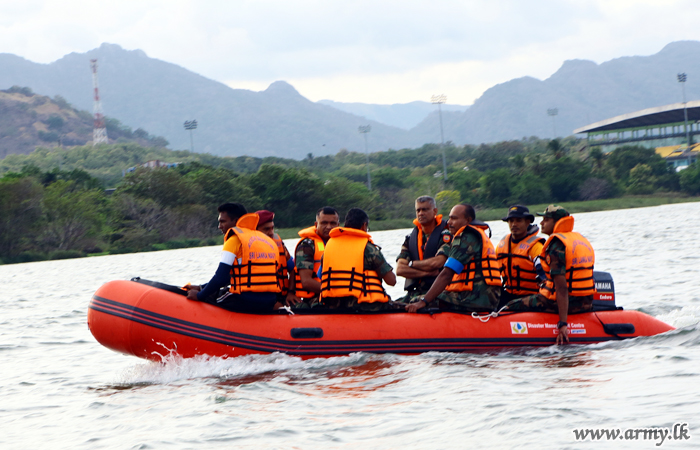 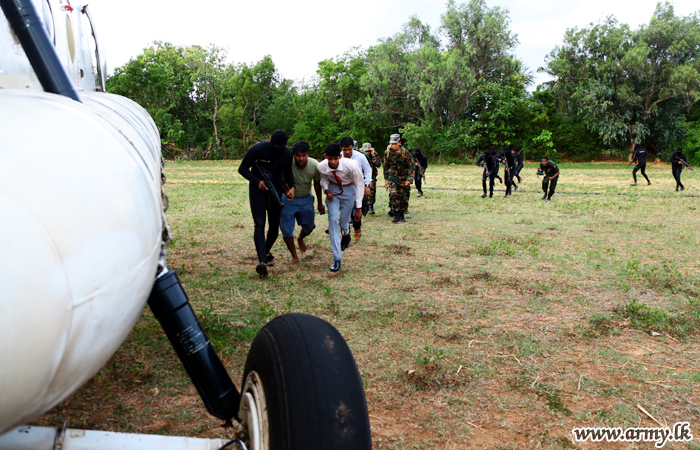