Just a few hours after elevation to his next due rank, General Shavendra Silva, Chief of Defence Staff and Commander of the Army, together with his spouse, Mrs Sujeewa Nelson, President, Army Seva Vanitha Unit paid his obeisance to the Kandy Sri Dalada Maligawa (Temple of the Sacred Tooth Relic) this morning (29) on Unduvap Full Moon Poya Day and took part in religious observances.

Upon his arrival there, General Officer Commanding in the 11 Division HQ greeted him, along with Sri Dalada Maligawa officials before the lay chieftain of this sacred premises, Mr Nilanga Dela Bandara, Diyawadana Nilame welcomed him at the lower chamber with a tray of jasmine flowers. After observances, General Shavendra Silva was invited to the office of the Diyawadana Nilame where a special memento was also awarded to coincide with the General's visit to the location after his new four-star promotion. Ven Waturakumbure Dhammaratana Thero, Chief Incumbent at Nelligala International Buddhist Center was also associated with the day's brief programme.

After a few minutes, General Shavendra Silva and his retinue in conformity with age-old traditions visited the Asgiri Maha Viharaya (Gedige Viharaya) and called on the Mahanayake Thero of Asgiriya Chapter, Most Ven Warakagoda Sri Gnanarathanabhidana Maha Nayake Thera who blessed the Commander of the Army chanting. Thereafter, General Shavendra Silva visited the Malwatte monastery and called on the Maha Nayake Thero of the Malwatte Chapter, Most Ven Thibbotuwawe Sri Sumangalabhidana Maha Nayake Thera and received his blessings after a brief exchange of views.

During interactions, both prelates spoke highly of General Shavendra Silva’s continuing fight against the spread of COVID-19 epidemic and commended his commitment with troops for various nation-building tasks across the country before blessings were separately invoked by both prelates. 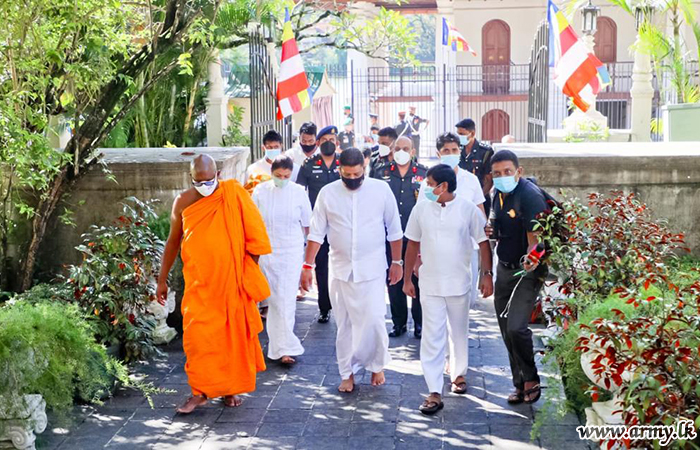 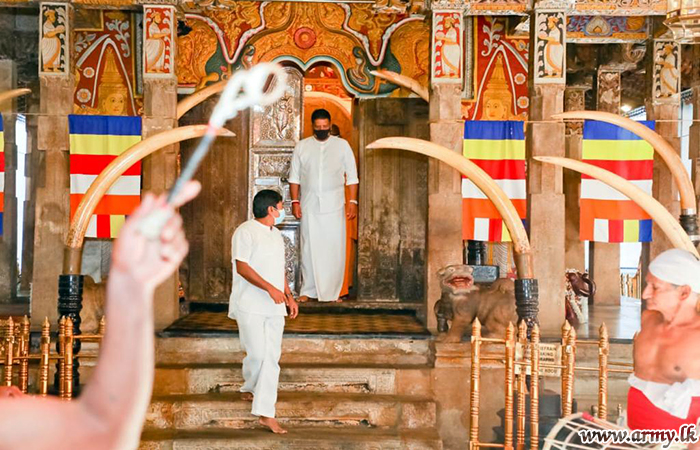 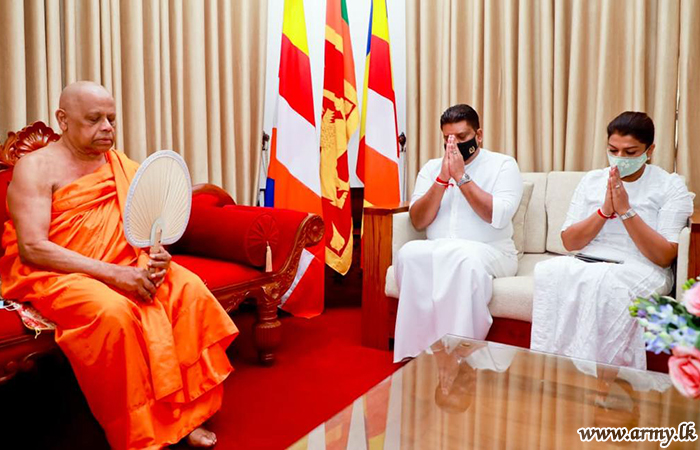 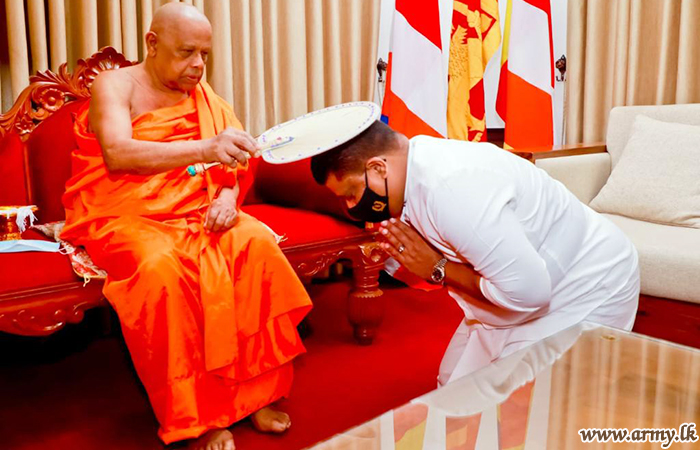 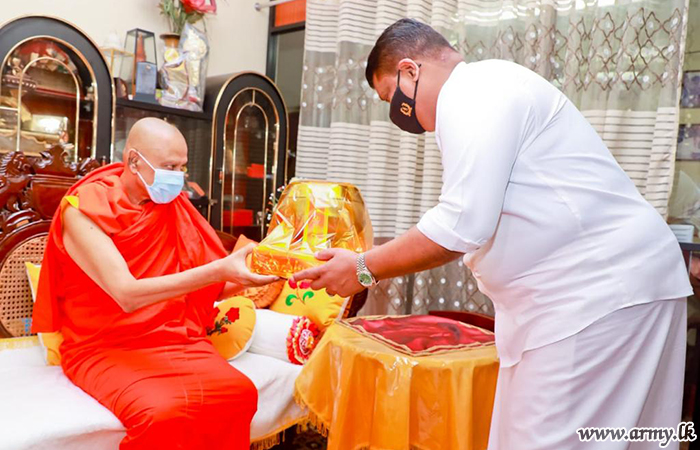 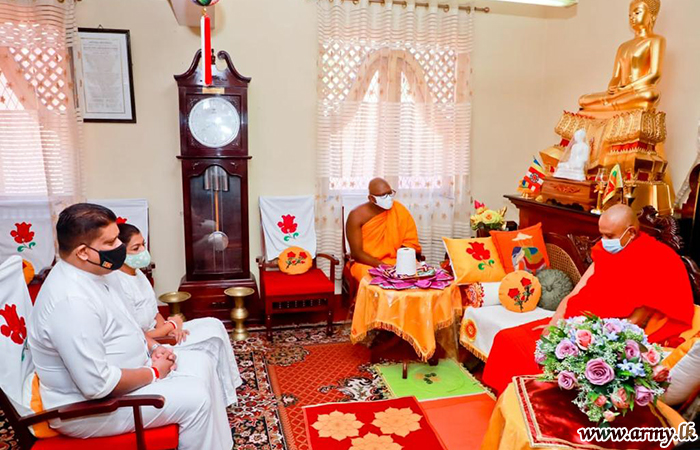 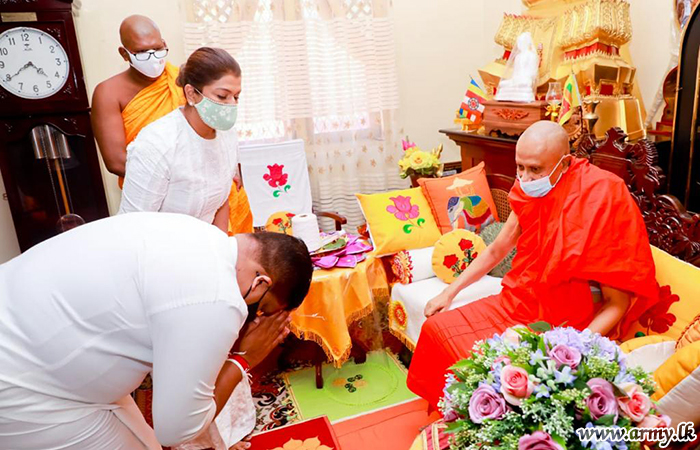 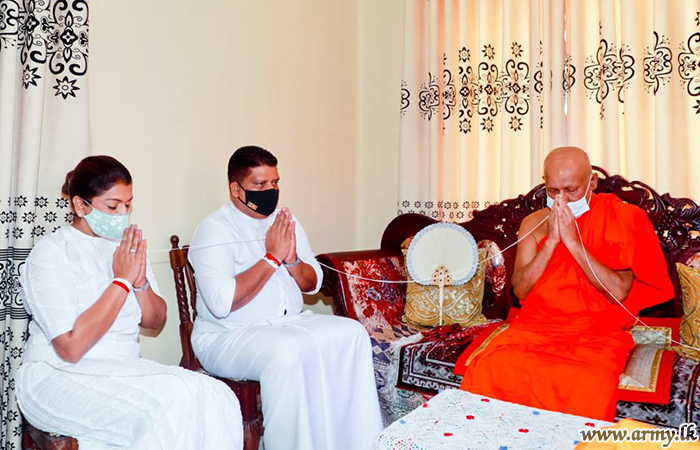 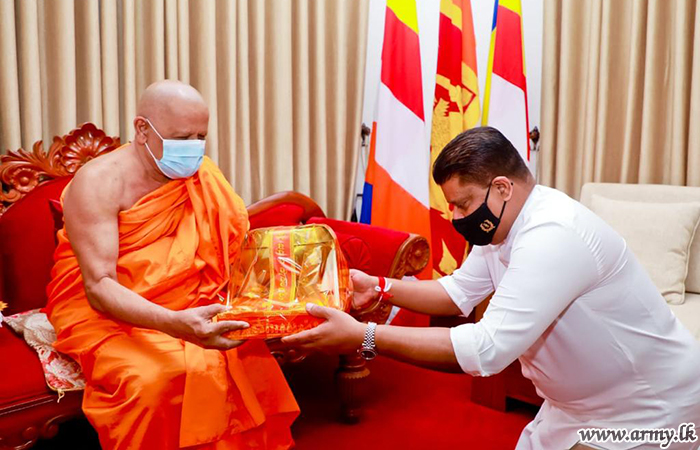 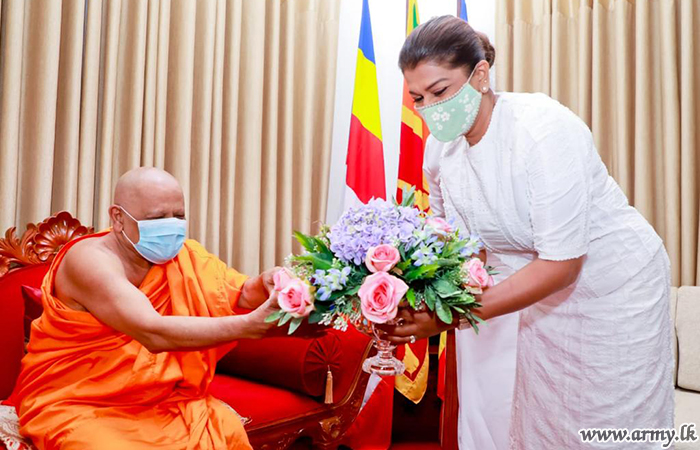 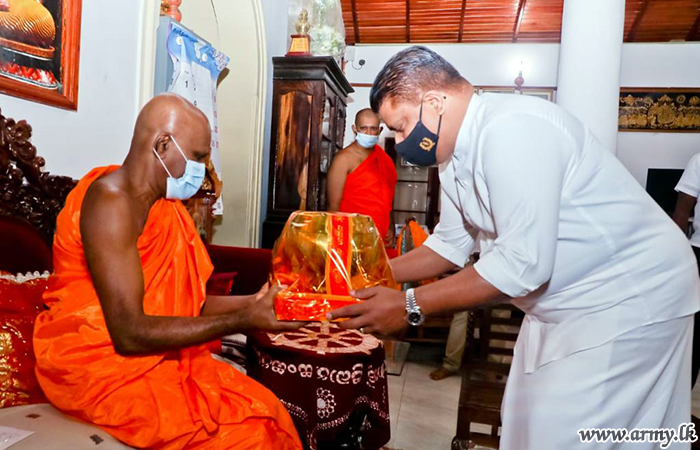 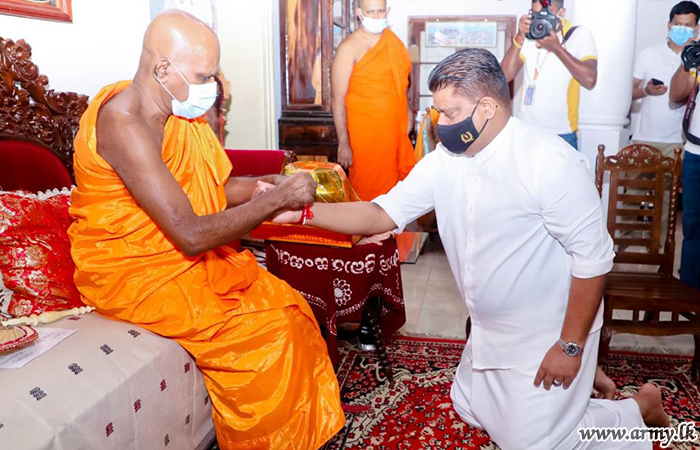