‘Home of Gajaba’ at Saliyapura on the Sri Lanka Army’s 72nd Anniversary Day (10 October) assumed the form of a glittering state ceremony this morning (10) as the whole Gajaba Regimental Centre complex adorned itself with festive spirits and fluttering multi-coloured Army flags in order to welcome HE the President Gotabaya Rajapaksa who graced the Army Day anniversary ceremonials at Saliyapura which was his fort many moons ago when he was a career officer in the prestigious Gajaba Regiment.

Attaching the highest degree of importance to the anniversary day, HE the President Gotabaya Rajapaksa as the Chief Guest arrived at the GR Regimental Centre a few minutes after the Secretary Defence, General Kamal Gunaratne (Rtd), himself a reputed Keterian reached the location at the invitation of the day’s host, General Shavendra Silva, Chief of Defence Staff and Commander of the Army who is also the Colonel of the Regiment, Gajaba Regiment.

Sunday’s ceremony is the climax of a series of commemorative anniversary ceremonies that got underway beginning the final week of September. As the first item on the day’s agenda, HE the President, Chief Guest after a drive-past Guard Turnout was warmly welcomed by the host at the state-of-the-art new Parade Ground as trumpeters heralded his arrival. After unveiling a plaque, HE the President declared the new parade ground opened and walked to the saluting dais where a spectacularly-dressed contingent of 94 Officers and 712 Other Ranks belonging to all 25 Regiments, coloured with Presidential and Regimental Colours stood on attention awaiting the day’s Chief Guest’s review of the parade.

The stage was set as HE the President and the Army Commander raised the National Flag and the Army Flag respectively as melodies of the National Anthem and the Army Song reverberated inculcating spirited legacy of the organization that thrived for 72 years for the benefit of all Sri Lankans.

In conformity with military ceremonials, the Head of the State at the day’s ceremony was then invited to review the ceremonial parade by the Parade Commander Major General Champaka Ranasinghe, Commander Security Force Wanni, before the salute in the parade accorded on his behalf was taken from the special dais. President Gotabaya Rajapaksa after a while added his greetings to the Army Anniversary Day and delivered a brief address to the occasion.

Recalling how he joined Sri Lanka Signal Corps, Sri Lanka Sinha Regiment and Rajarata Rifles respectively at first and then the Gajaba Regiment, President Gotabaya Rajapaksa said that it was he who selected the location at Saliyapura for establishment of the GR Regimental Centre. Expressing his happiness over the visible development of the complex with new constructions and buildings, he added that he was fortunate to be nurtured as a military man to take the reins as the Head of the State.

“I have many more responsibilities to fulfill as I have pledged. One of them was the introduction of carbonic fertilizer for farming which everybody could not do, and I would definitely discharge my duties without fail in future, including the adoption of ‘one country - one law’ pledge which is yet to be realized. Sri Lanka Army troops at the forefront of national development are accomplishing a praiseworthy role as true contributors to the nation-building efforts. The colourful and very attractive parade, presented today symbolizes the quality and dignity of the military profession,” the President remarked.

“The Armies in the world are not only meant for battles alone but for nation-building roles as well. Our tri forces during quarantine process and vaccination drive while cooperating with health sector joined hands to control COVID-19 and let me thank everyone for that dedicated support. I appeal everyone to support for the country’s progress, free from corruption under ‘one country - one law’ and government despite COVID-19 setbacks has done a considerable amount of work.”

He also assured that he would not allow recurrence of any religious extremism or terrorist acts since tri forces and intelligence sectors have been strengthened in order for them to exercise their authority in the past two years. He also told that he would establish a new electoral system and introduce a new Constitution. 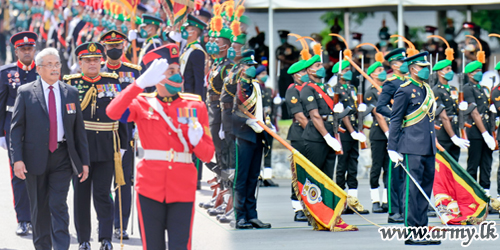 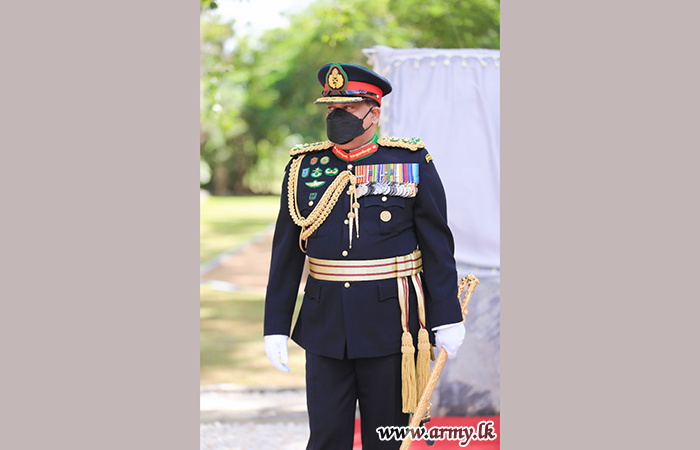 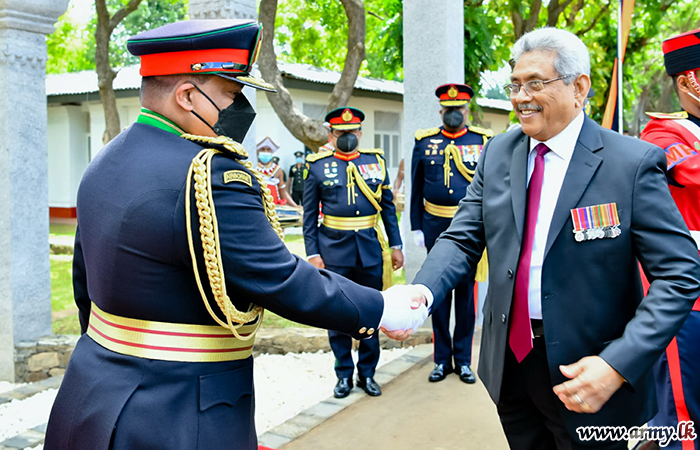 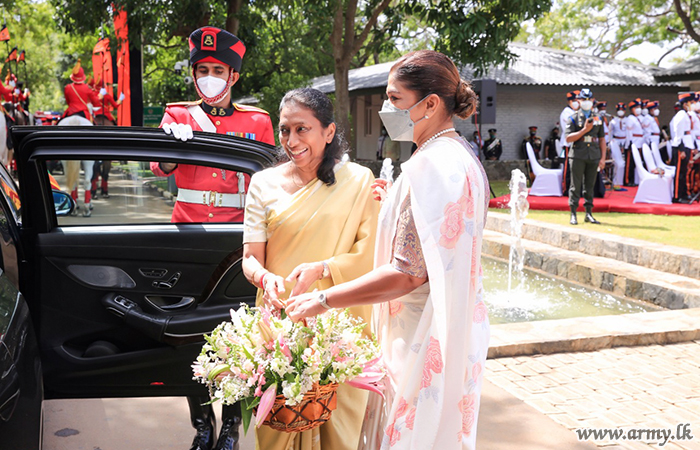 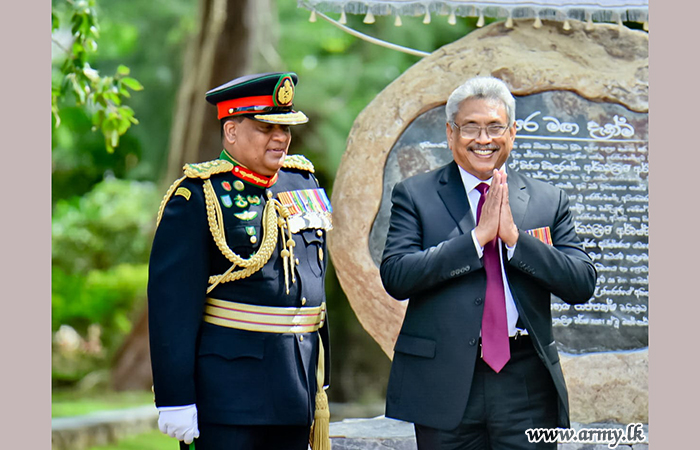 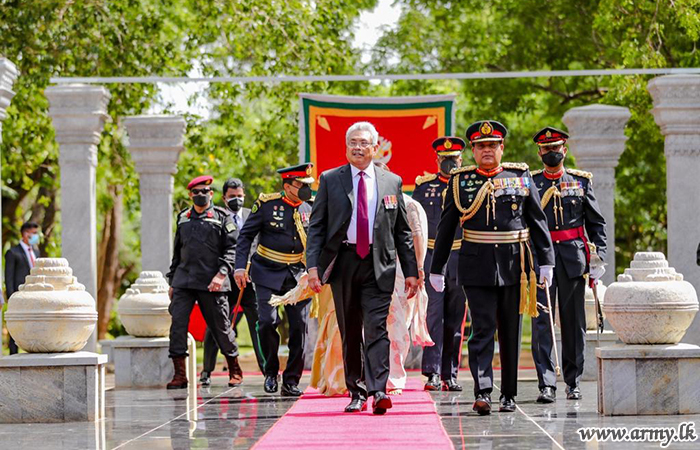 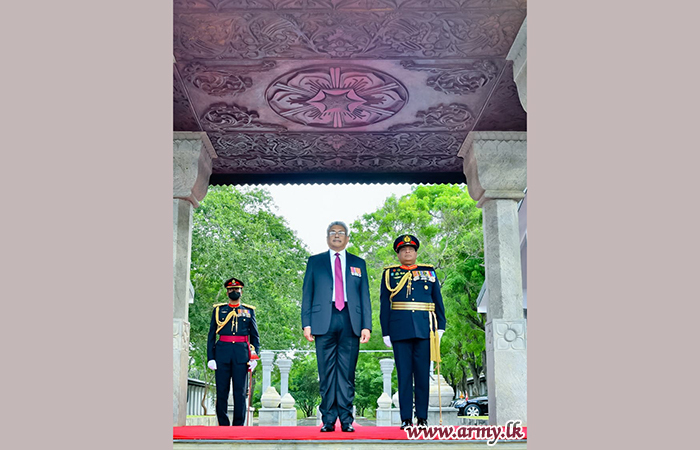 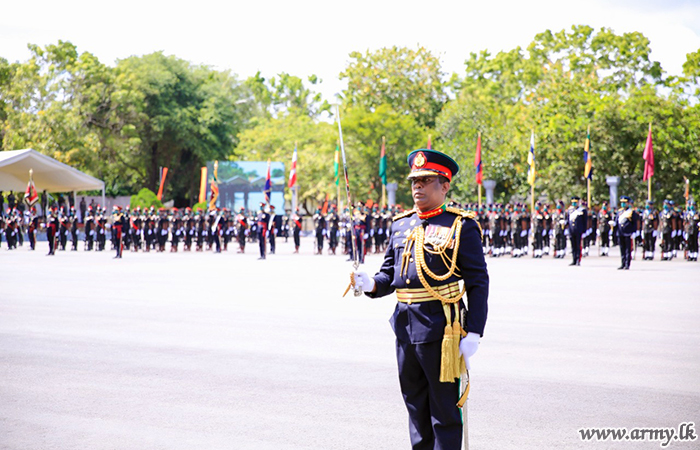 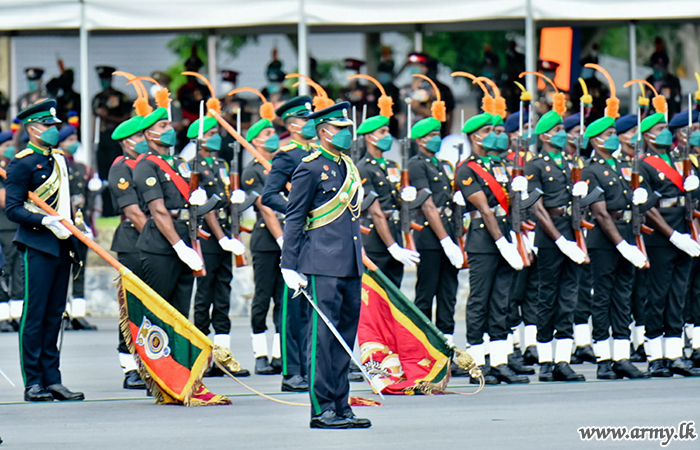 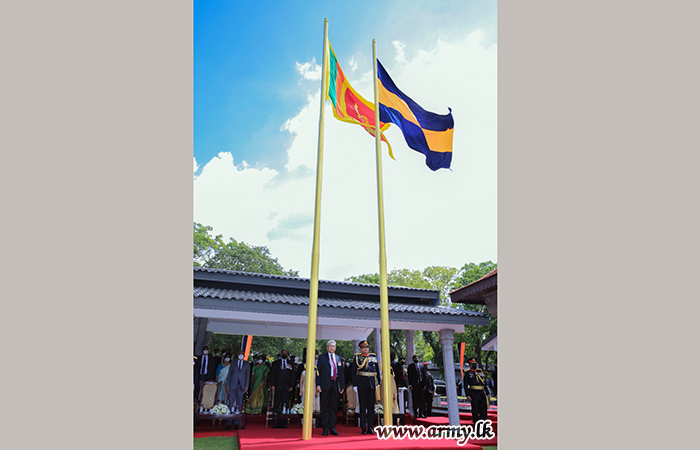 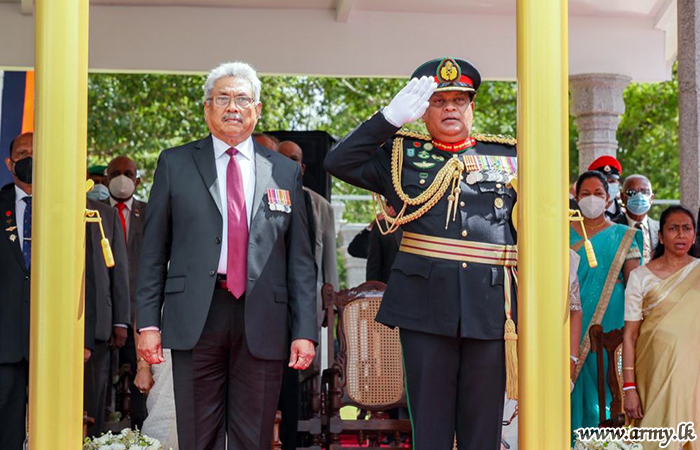 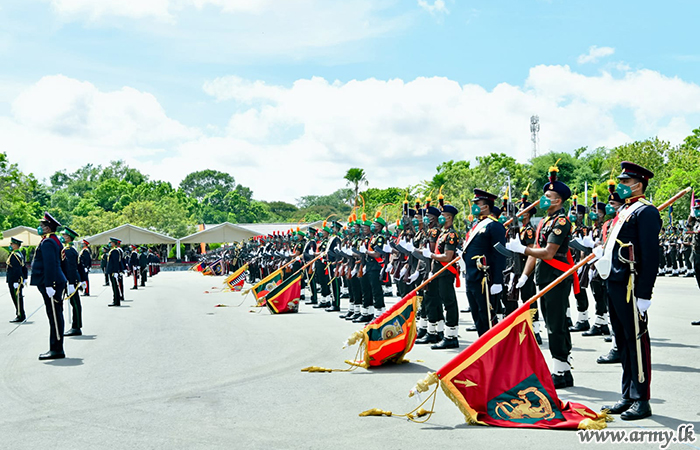 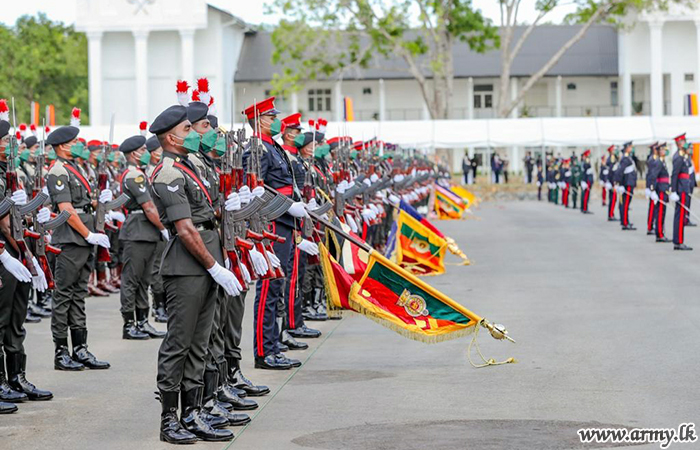 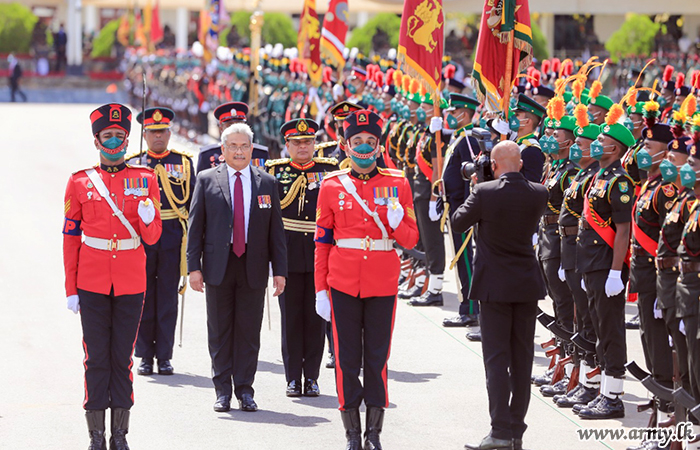 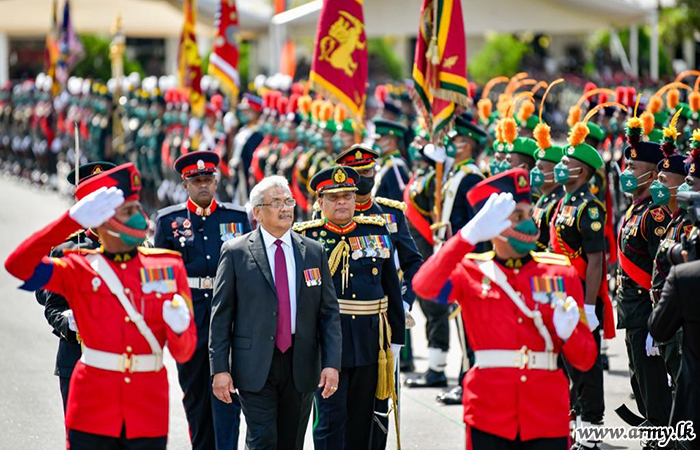 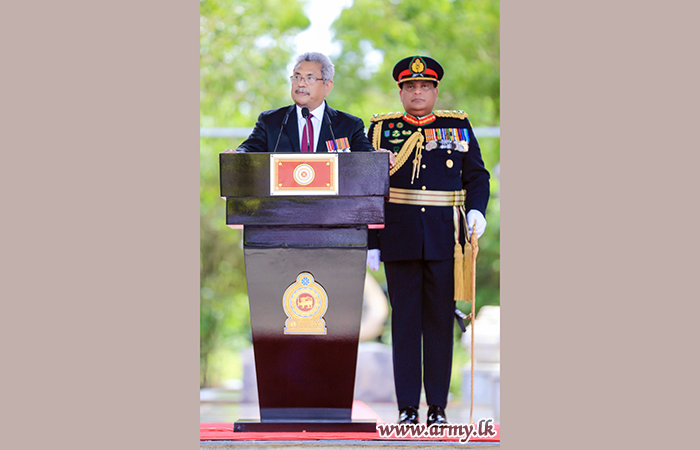 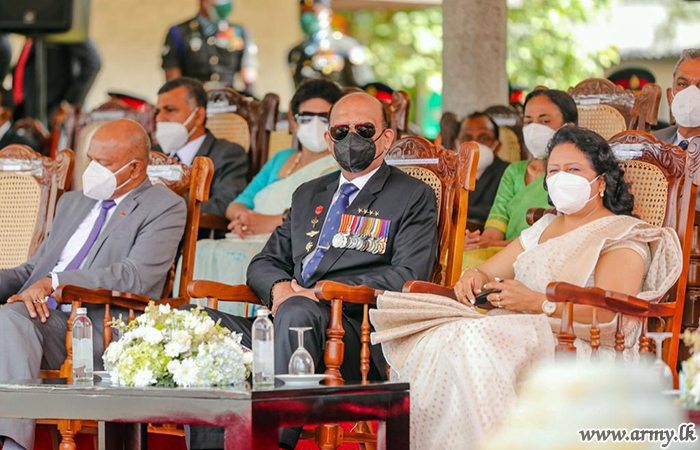 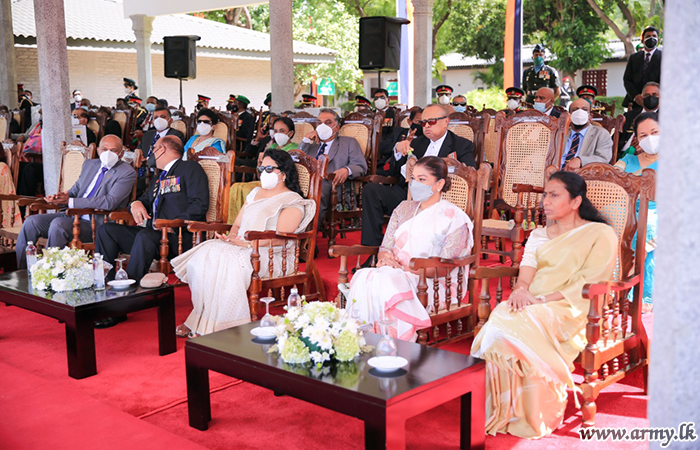 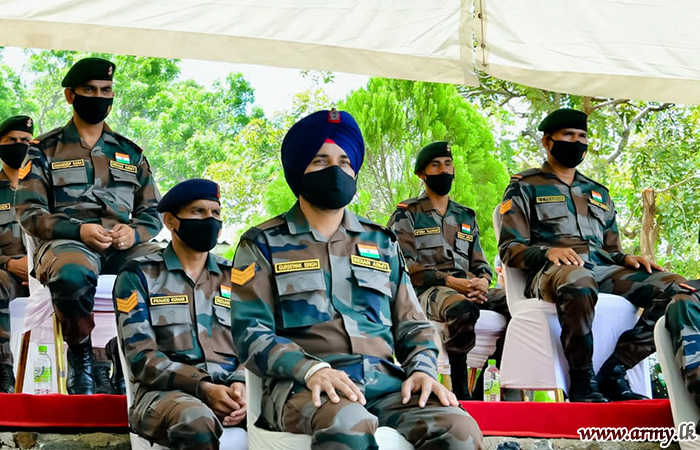 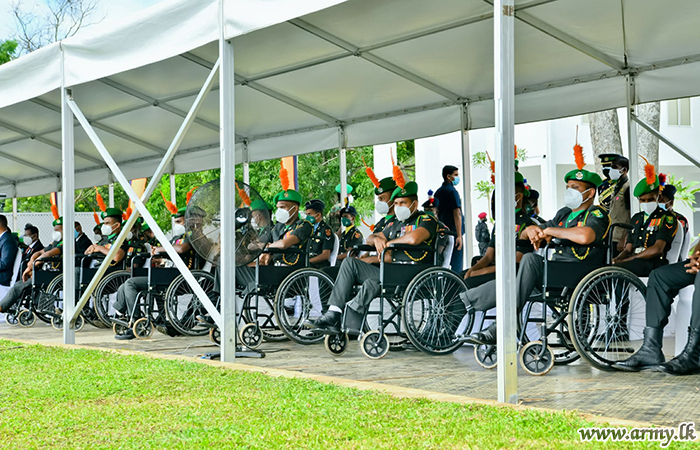