The delegation was warmly welcomed by the Jaffna Commander at the Palaly airport before they proceeded to the multi facility complex auditorium inside the Security Force HQ-Jaffna premises where the visiting Secretary Defence was greeted to a drive-past Guard Turnout at the entrance, presented by 3 Sri Lanka Signal Corps troops. The day's proceedings commenced with a brief welcome note, delivered by Major General Ruwan Wanigasooriya, Commander, Security Forces-Jaffna.

Officers responsible for security in the north, inclusive of the Army, Navy, Air Force and Police afterwards in sequence submitted detailed information as regards the current security situation, COVID-19 impacts, maintenance of law and order, harmony and peace, smuggling and sale of drugs and narcotics, robberies, crimes, impediments to reconciliation moves, roles of the community Police units, etc. Those concerns were reviewed and discussed during the forum, chaired by the Secretary Defence.

The Secretary Defence, Major General (Retd) Kamal Gunaratne, giving a patient hearing to those briefings discussed measures that should be further added to strengthen public security and improve confidence in public minds. He also underlined the importance of sustenance of prevailing peace prospects leaving no space for recurrence of any untoward incidents in the region. He also stressed the need for continued precautionary measures against COVID-19 epidemic in the peninsula.

Several Tri Service Senior Officers and Police were associated with the day's programme. 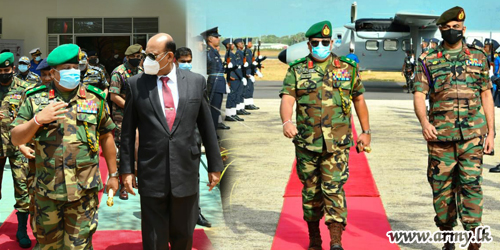 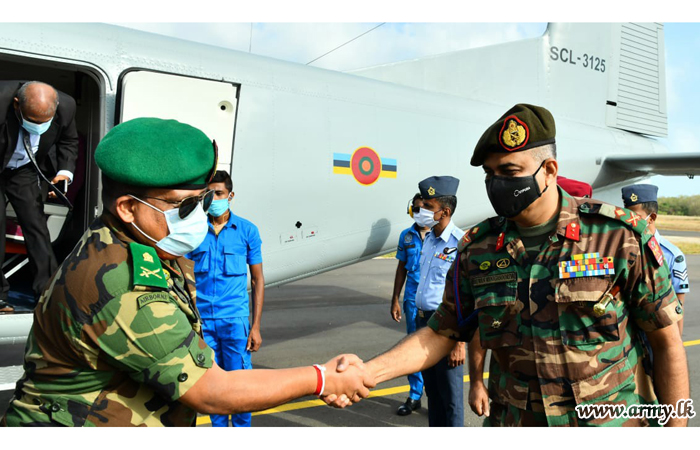 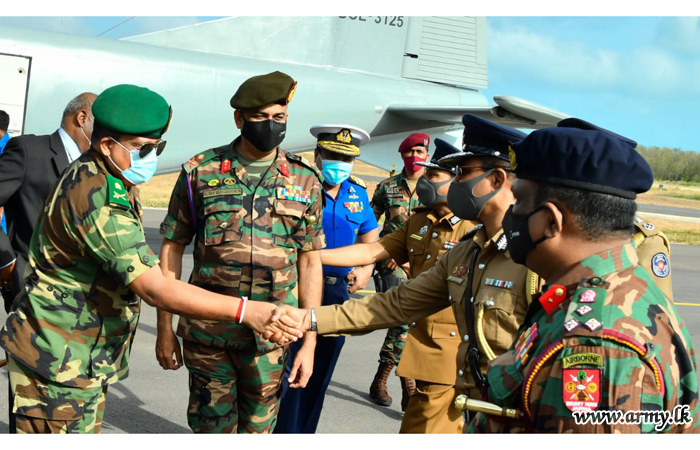 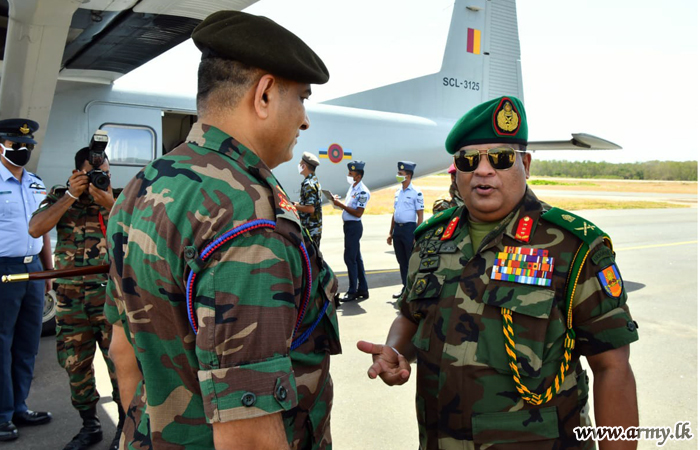 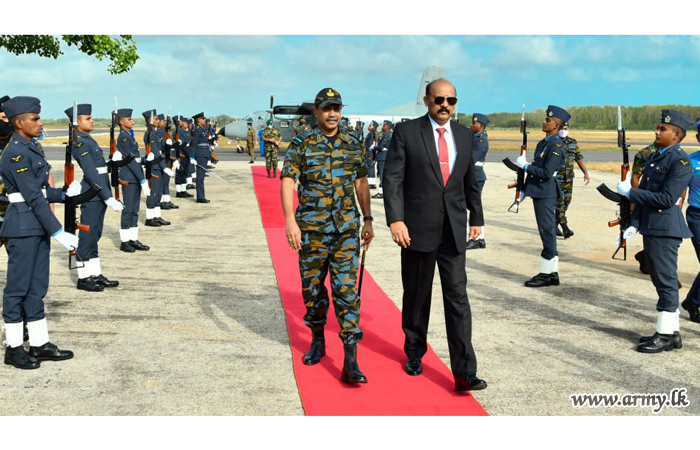 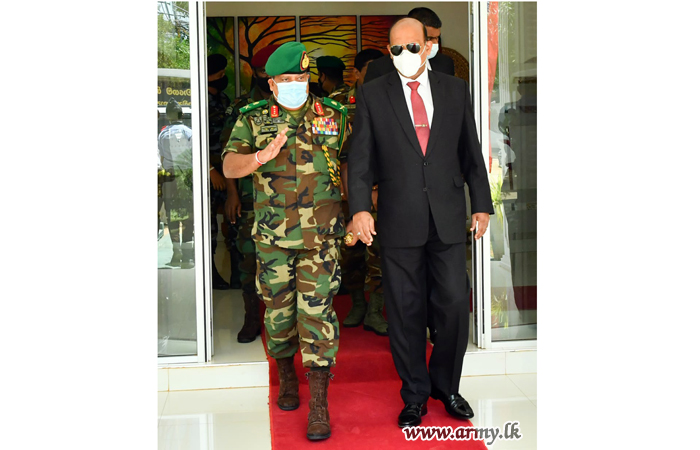 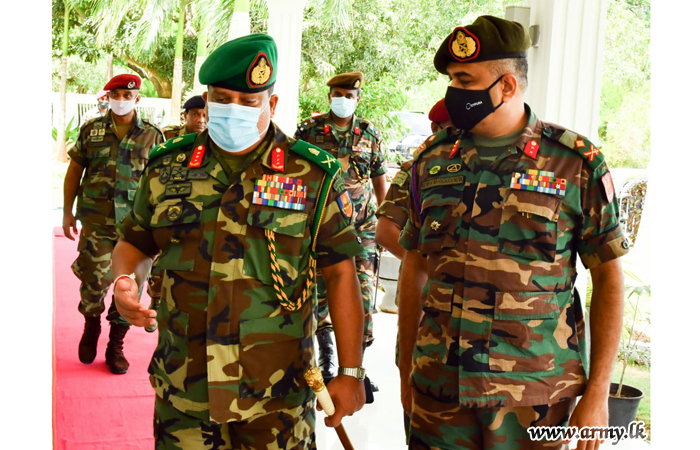 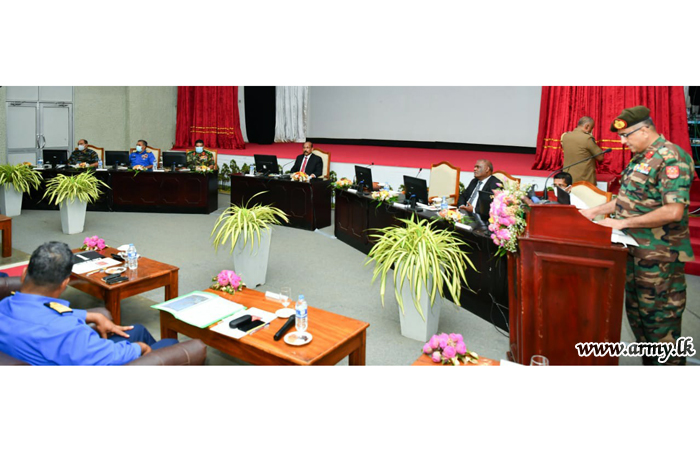 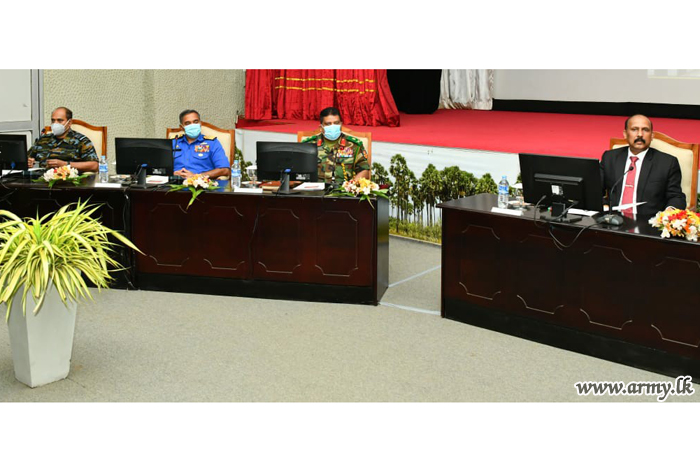 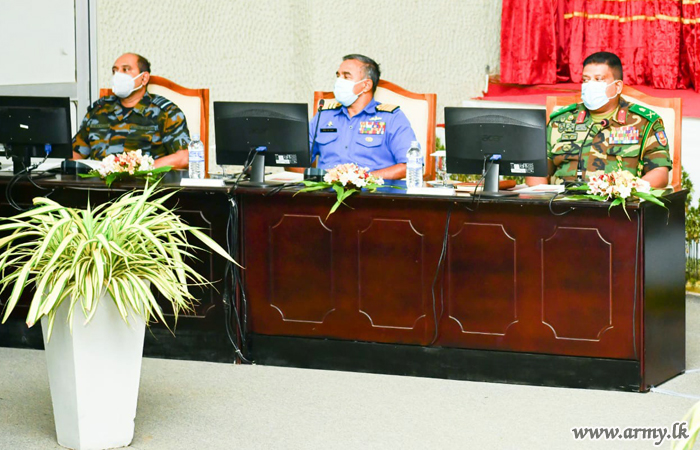 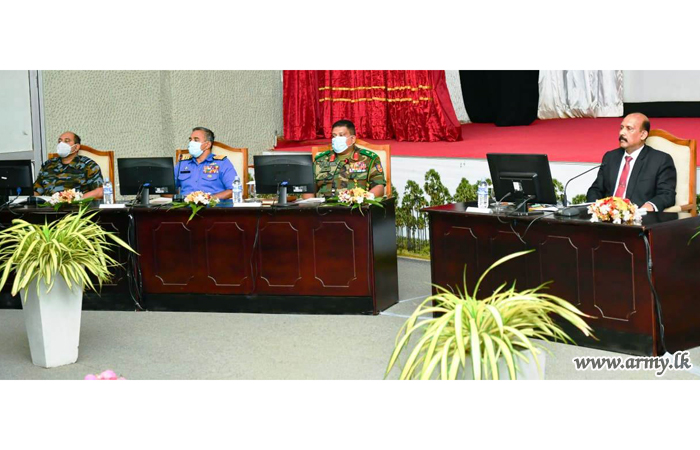 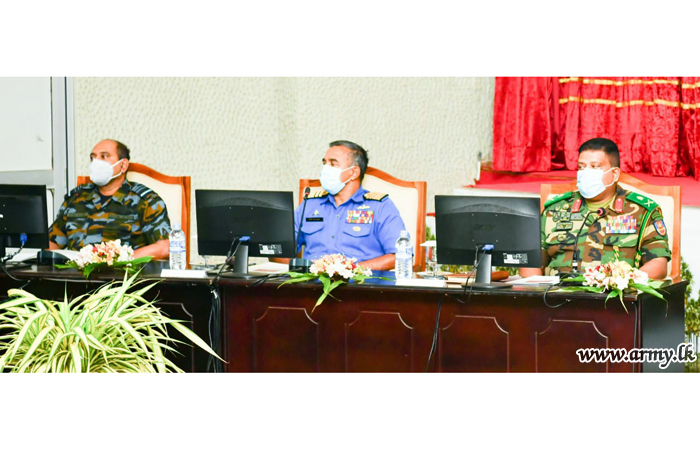 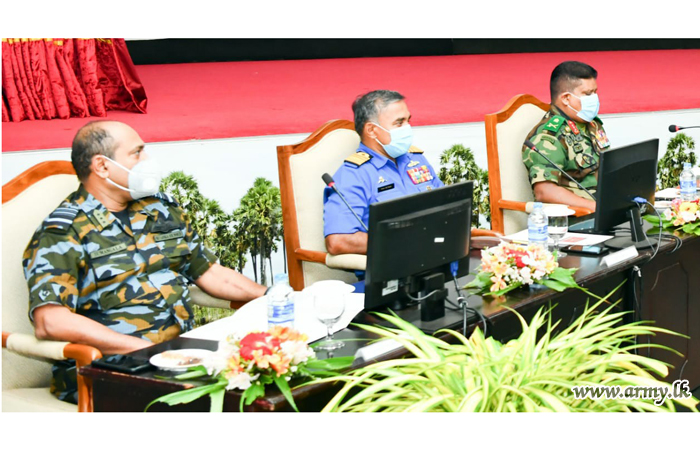 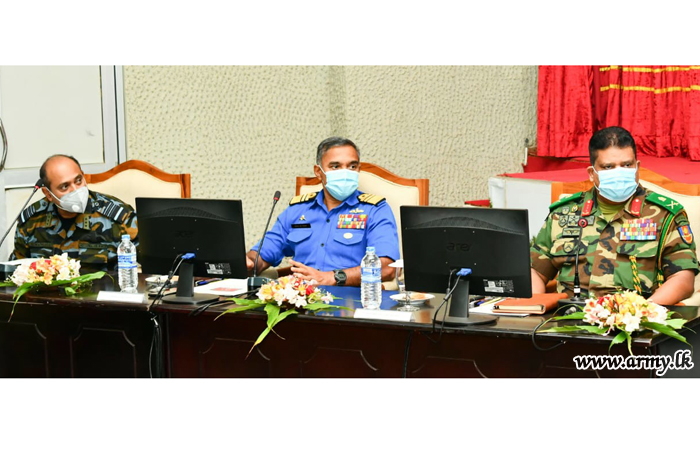 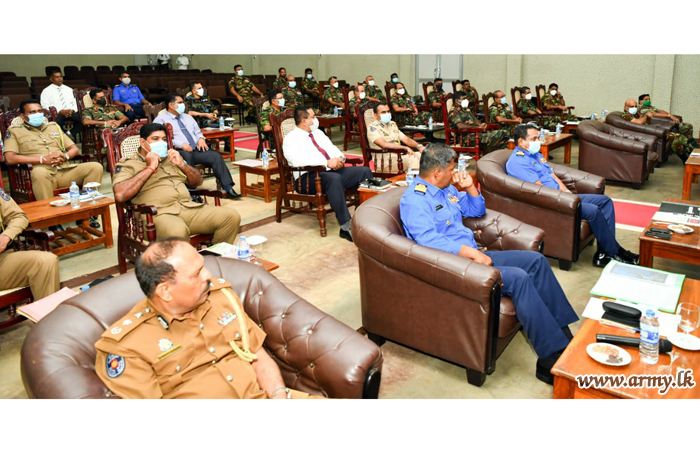