Just hours before the ceremonial consecration of the monumental tribute to the War Heroes, the ‘Sanda Hiru Seya’ at Anuradhapura, the second biggest pagoda in the country to the ‘Sasana’ and the Maha Sangha, the brainchild behind its realization, HE the President Gotabaya Rajapaksa, together with prime movers of the project, Secretary Defence, General Kamal Gunaratne (Rtd), Chief of Defence Staff and Commander of the Army, General Shavendra Silva, Commander of the Navy, Vice Admiral Nishantha Ulugetenne and a host of Senior Officers this morning (17) closely watched preparatory arrangements in connection with the landmark ceremony, scheduled to be held on Ill Full Moon Day (18) at Anuradhapura.

HE the President, accompanied by above-mentioned distinguished stalwarts who threw their full weight behind the pagoda’s structural completion with the support of hundreds of Army, Navy, Air Force, Police and Civil Security Department personnel of respective security establishments observed proposed ceremonials and inspected completed construction work as well as all other preparations during the visit to the location.

The historic Ill Full Moon Poya Day on Thursday (18) joins historical annals of Buddhist heritage as the ‘Sanda Hiru Seya’, erected to immortalize the memory of all War Heroes and civil staffers who laid their lives for defence of the country, is to be unveiled and consecrated before leaving it formally in the custodianship of the members of the Maha Sangha.

First Lady Miss Ioma Rajapaksa was also associated with HE President’s visit to the location. 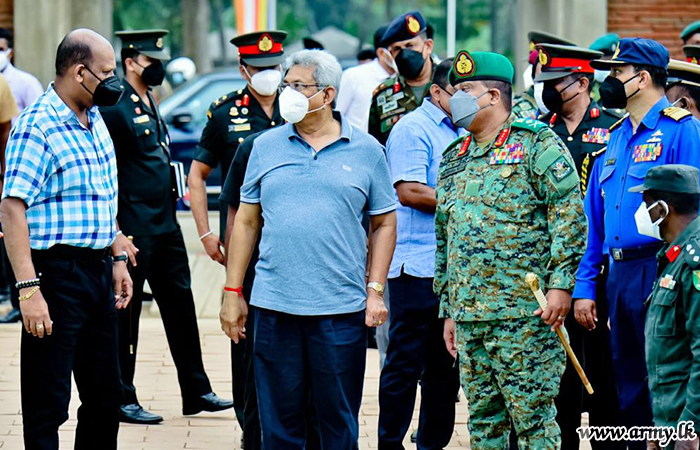 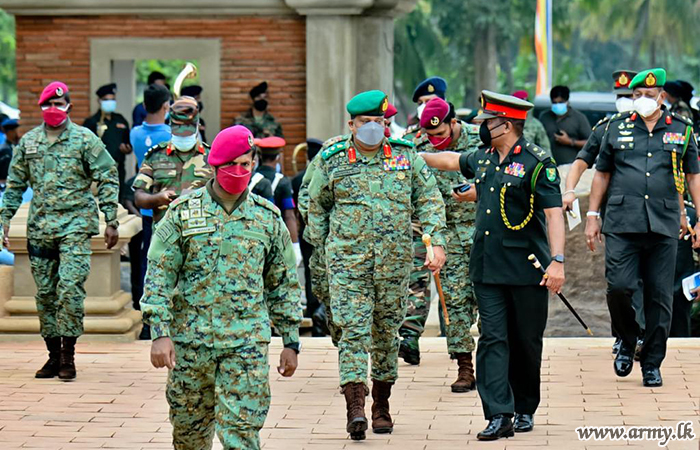 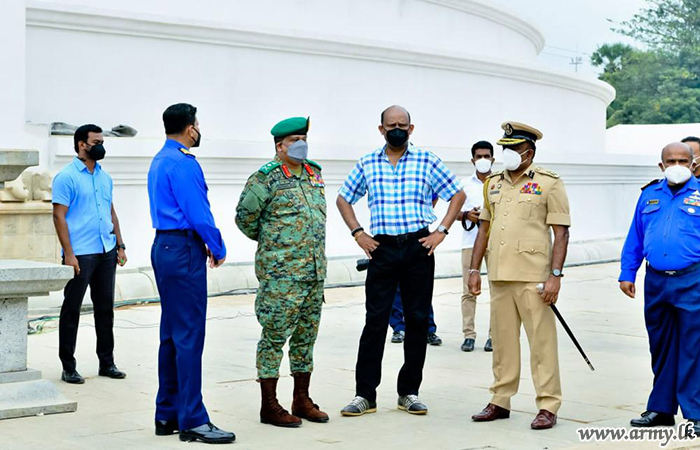 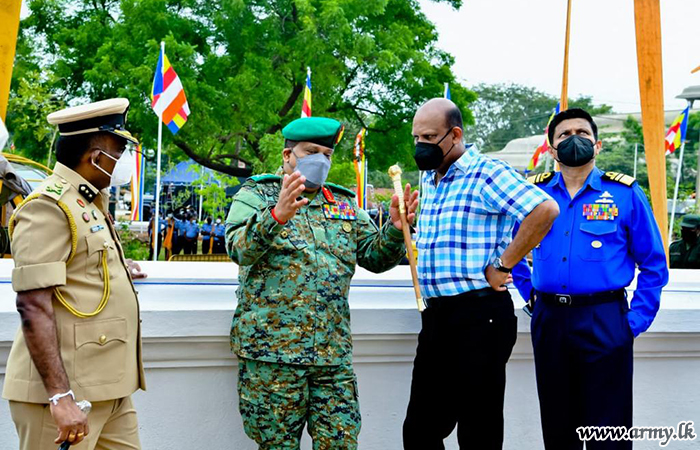 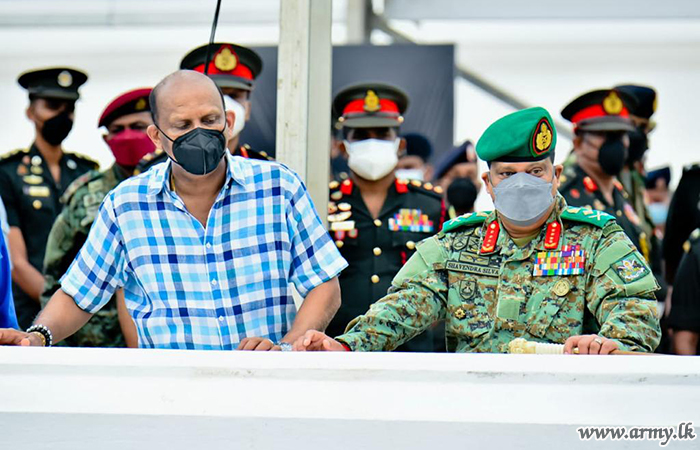 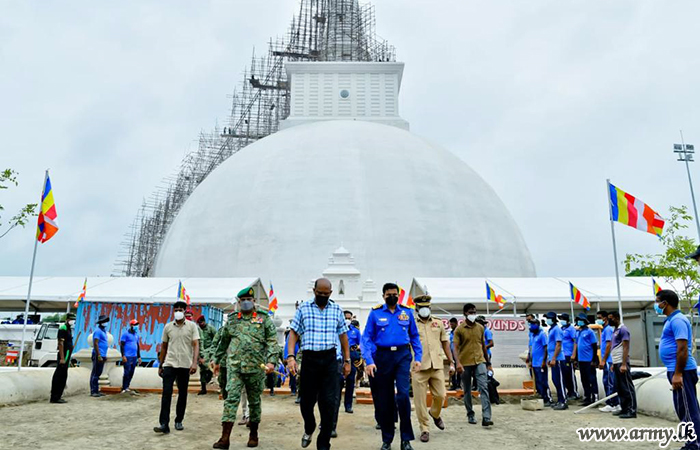 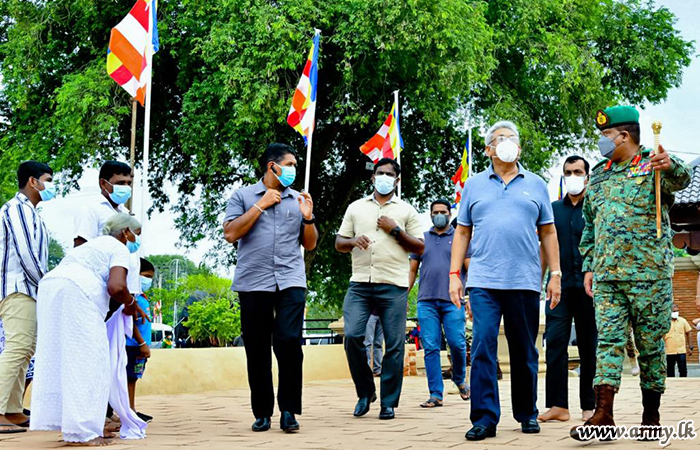 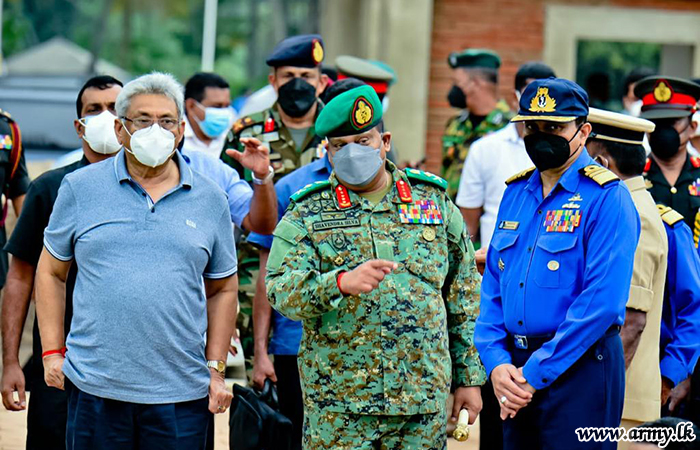 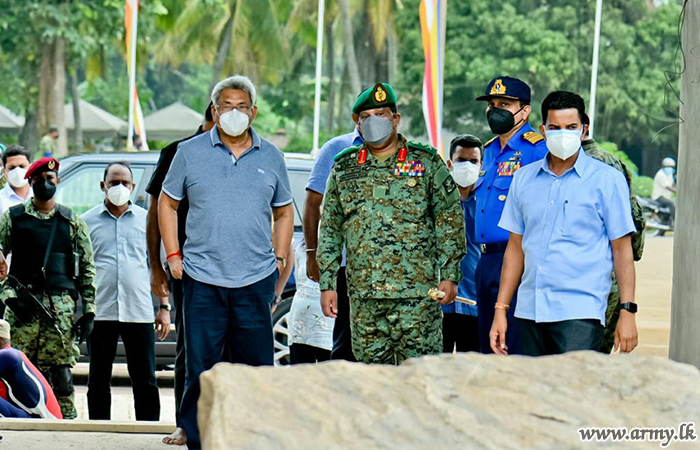 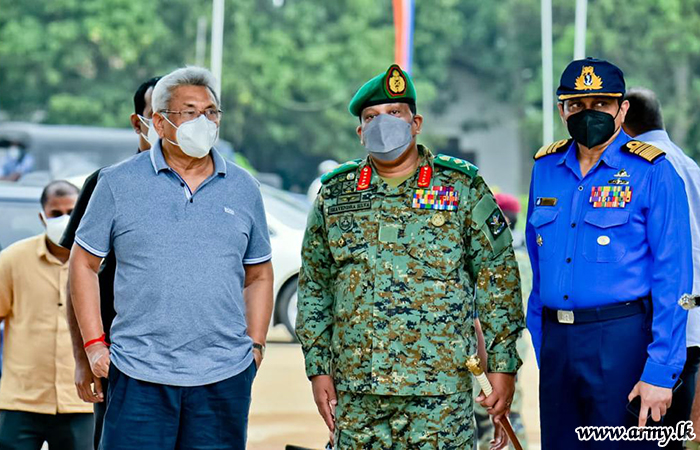