HE the President Appoints New Ministers in Provisional Government

After HE Gotabaya Rajapaksa, the new President of Sri Lanka swore his elder brother, Hon Mahinda Rajapaksa into office as the 14th Prime Minister of the country in a historically unique ceremony on Thursday (21) at the Presidential Secretariat, HE the President Gotabaya Rajapaksa this morning (22) gave away letters of appointment to new Ministers in the provisional caretaker government and set out his objectives in forming the new government.

Simple proceedings in the Presidential Secretariat as per the new President’s penchant for brisk, simple and charming sequence of events, got to a start with announcement of the names of new appointees.

After the singing of the National Anthem, the ceremony kicked off after the President, flanked by the Chief of Defence Staff, Army, Navy and Air Force Commanders arrived at the high podium, bedecked with National and Presidential flags and State insignia. After delivery of those appointment letters, HE the President made a brief speech and explained how he expects to conduct affairs in the new government.

It was the first time in our history that two democratically-elected siblings of the same family had taken up the two most top positions of governance in the Republic of Sri Lanka. 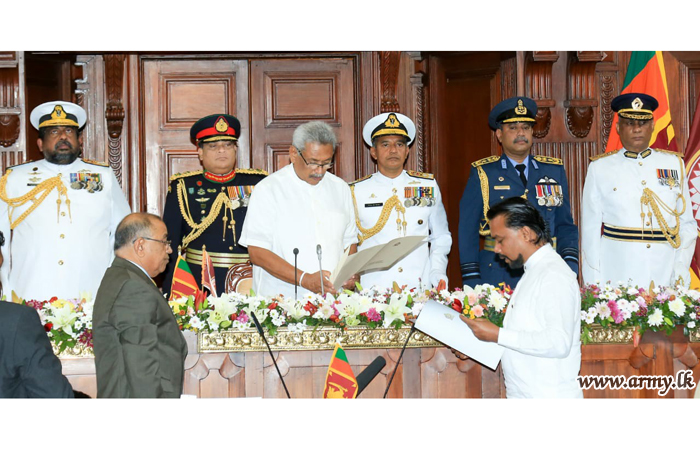 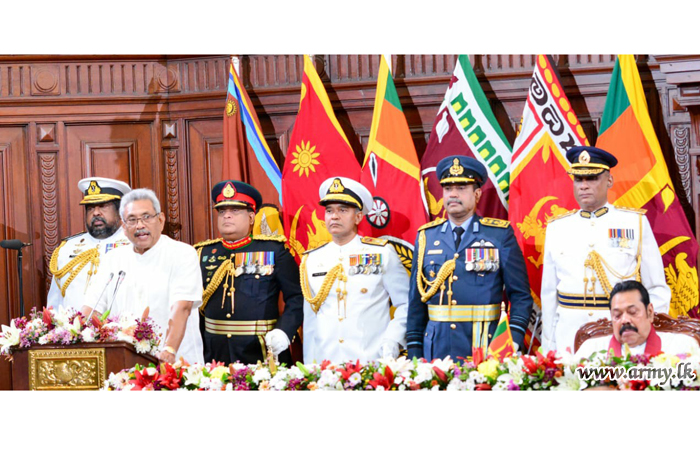 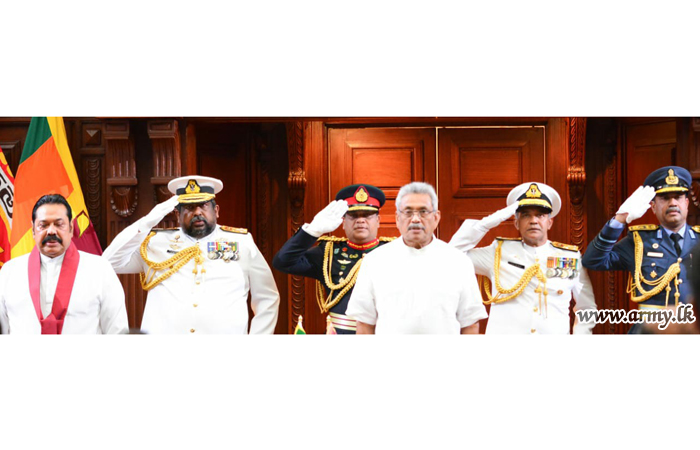 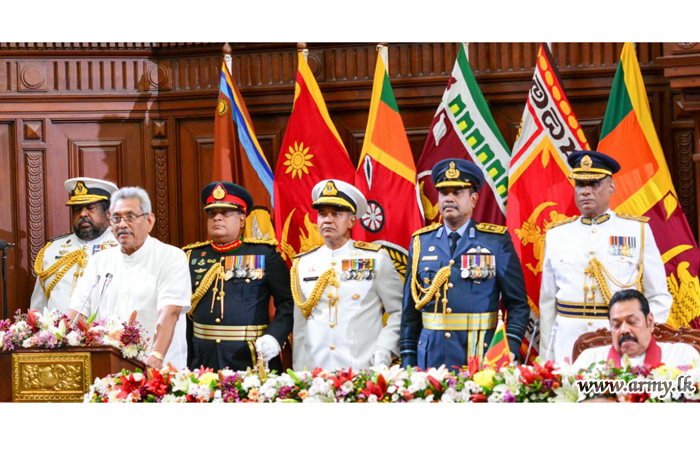 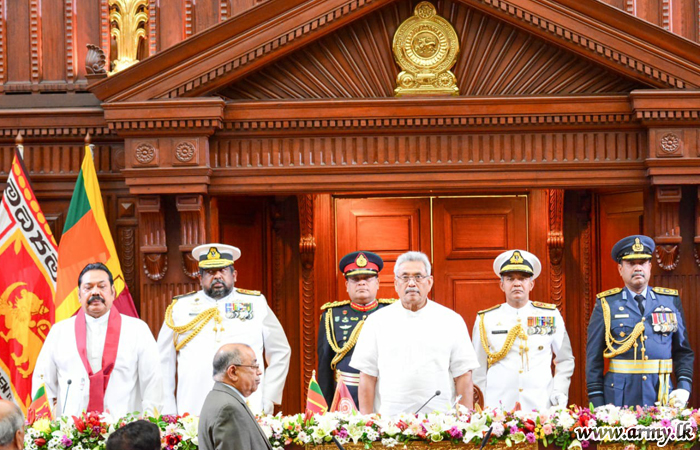 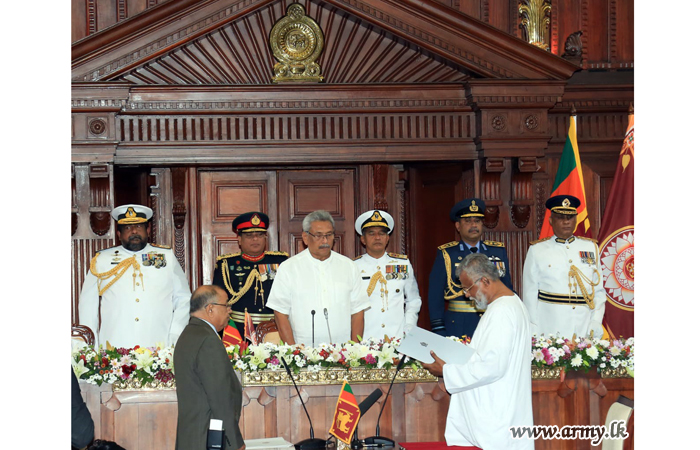 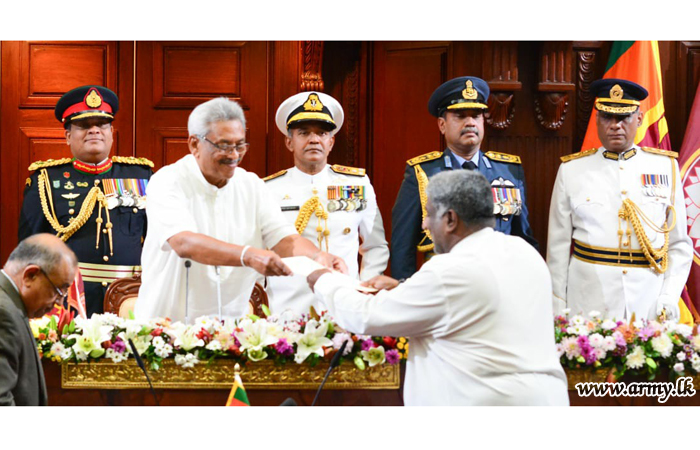 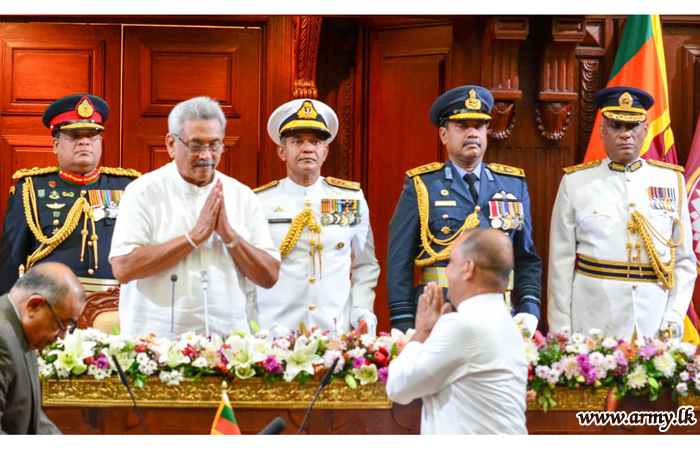