Major General Sumedha Perera, Deputy Chief of Staff representing the Commander of the Army graced the closing ceremony as the Chief Guest. This year’s Novices Athletics Championship, organized by the Sri Lanka Army Association of Athletics on the instructions of its Chairman, Major General Amal Karunasekara continued for two days (March 15 - 16).

Second and third runners-up slots in the Men's category were won by the Sri Lanka Artillery (SLA) Regiment with 86 points and the Sri Lanka Electrical and Mechanical Engineers Regiment (SLEME) with 84 points respectively.

Generating glimmers of new hopes in the field, 22 Regiments, comprised of more than 698 athletes, competed in the 19th Army Novices Athletics Championship Meet - 2016 of the Sri Lanka Army.

The 19th Army Novices Athletics Championship Meet – 2016 with track and field events took place this year with elaborate arrangements under the close and personal supervision of Lieutenant General Crishanthe De Silva, Commander of the Army.

The exciting contest for Championship reached its apex on Wednesday (15) with the start of the finals in 400 m,  15000 m , 100 m and 100 m races  for both men and woman athletes, together with relay runs (men and women). The final few minutes generated a wave of enormous interest and cheering as they were turning very challenging.

Multi-coloured Army band displays, march-pasts and other entertaining features, added variety and entertainment to the final closing ceremony as soldiers in their hundreds, together with sports fans thronged the stadium.

Towards the end of the day’s event, the Chief Guest in the company of Major General Amal Karunasekara awarded trophies and medals to the competitors/winners who excelled in different fields of athletics in the Meet.

After distribution of trophies, Major General Sumedha Perera, Chief Guest addressed the occasion, highlighting the importance of collective sportsmanship and the need to further improve their skills. At the commencement of the second day’s event, Major General Amal Karunasekara made the welcome speech. 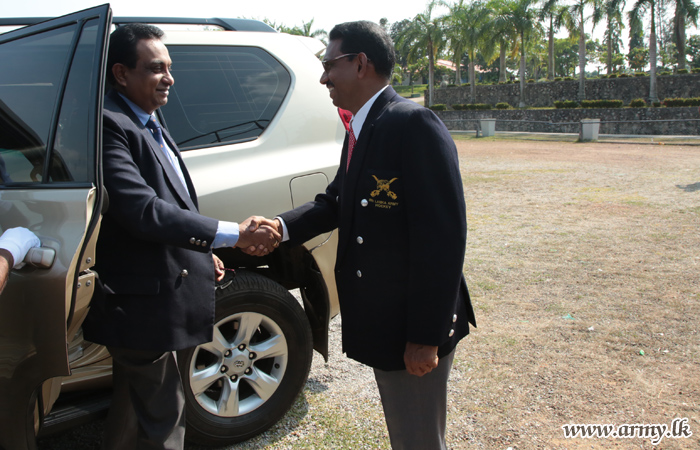 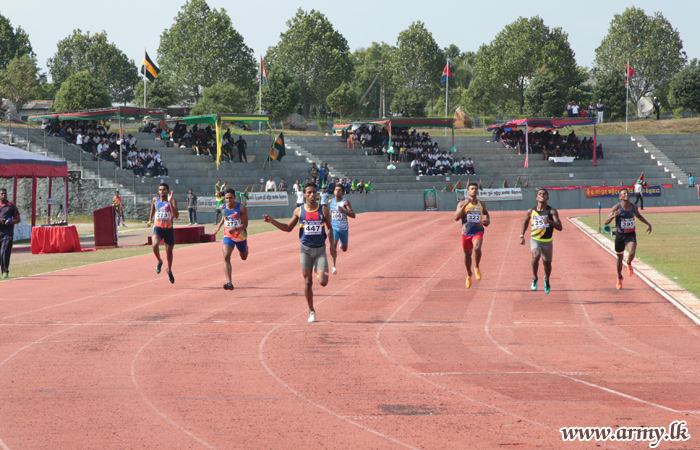 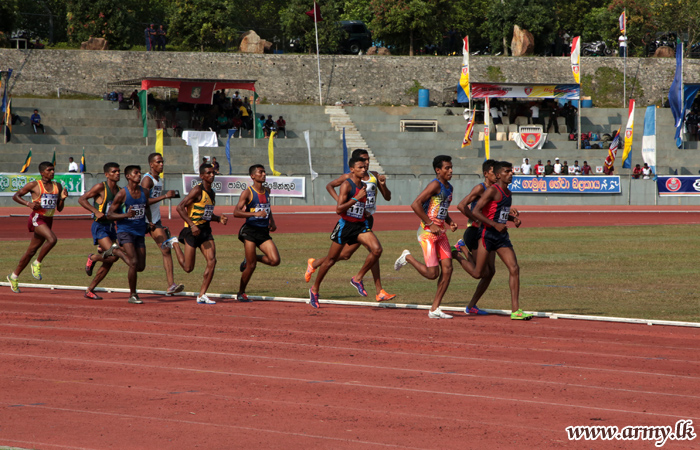 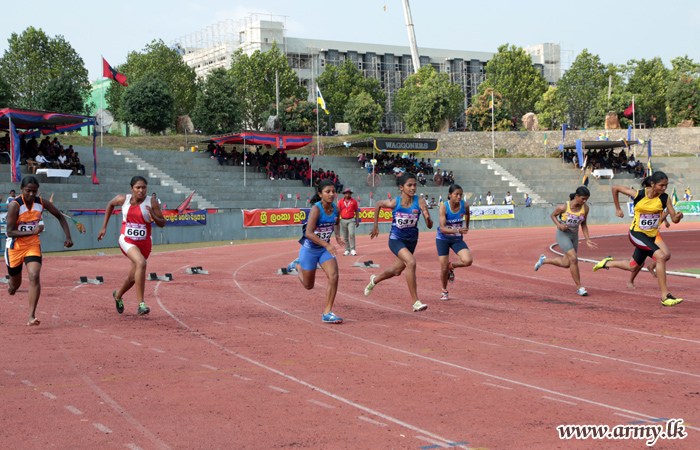 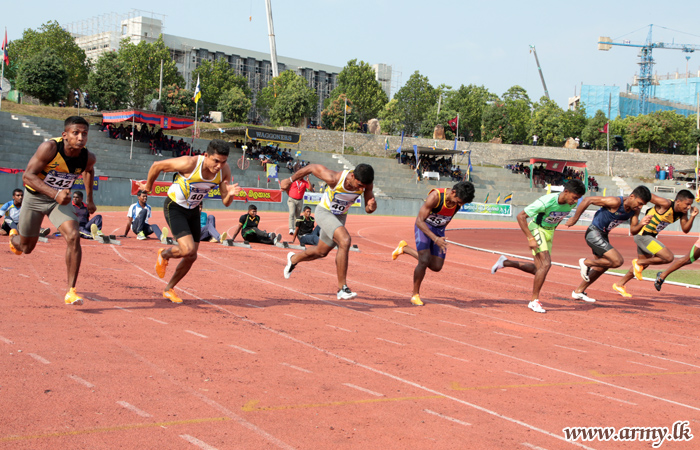 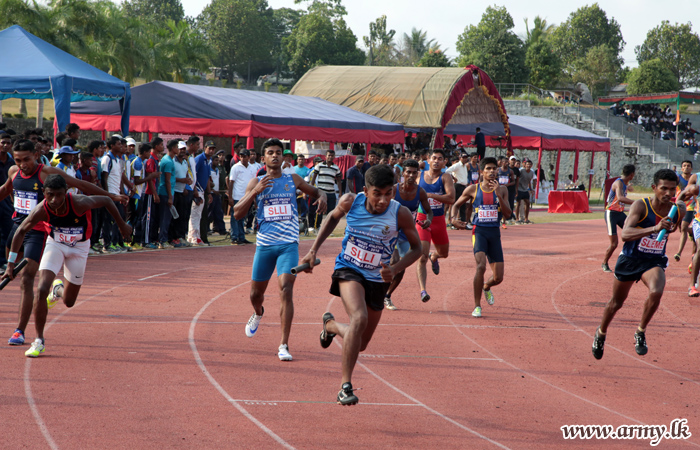 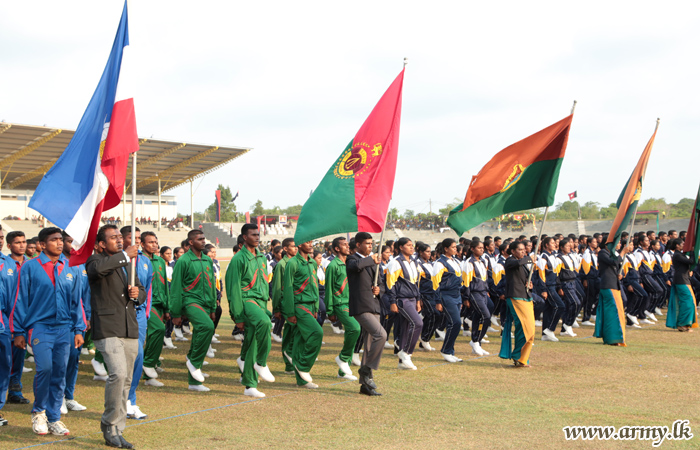 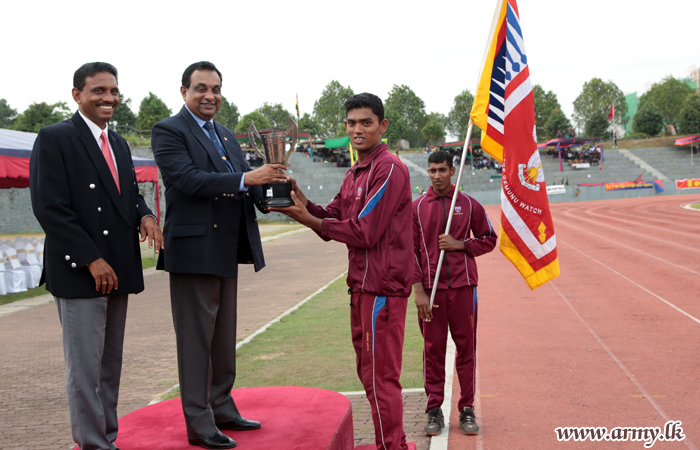 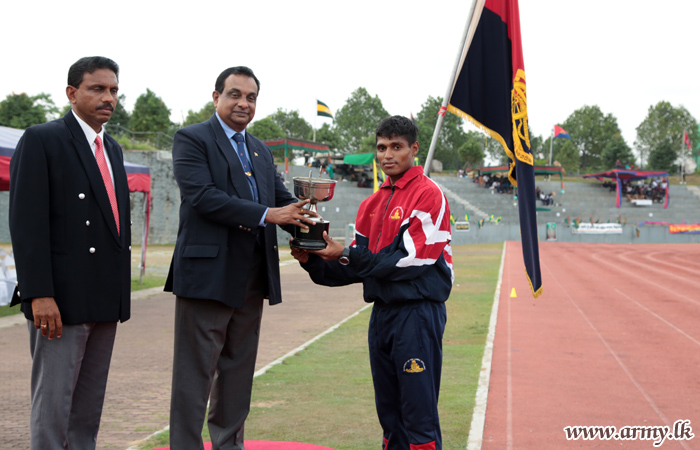 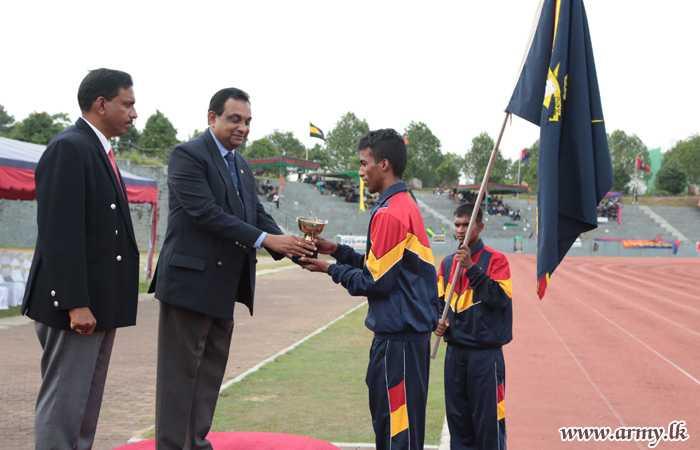 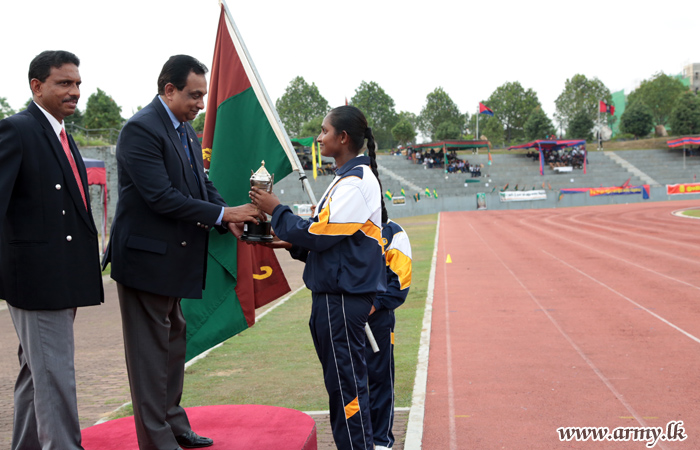